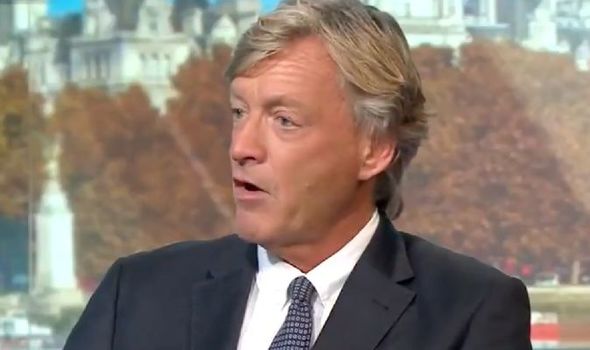 ROSIE DUFFIELD’S social media abusers should be tracked down and found by police, Richard Madeley has said, as the Labour MP is forced to abandon her party’s conference over security concerns.

How a federal push to stop Chinese scientists from stealing U.S. secrets has sputtered in court

WASHINGTON — The federal government brought the full measure of its legal might against Anming Hu, a nanotechnology expert at the University of Tennessee.

Investigators secretly surveilled him for more than a year, according to court documents. They seized his electronic devices. They grilled him and his employers. And in February 2020, the FBI arrested him, took him to jail and charged him with six felonies that could have landed him in prison for decades.

But the Justice Department’s efforts to convict Hu as part of its program to crack down on illicit technology transfer to China failed — spectacularly. A judge acquitted him last month after a lengthy trial offered little evidence of anything other than a paperwork misunderstanding, according to local newspaper coverage. It was the second trial, after the first ended in a hung jury.

Anming Hu declined to speak to NBC News. “The scars and the painful memories are still in my heart, for now, so I prefer to remain silent,” he said in a YouTube video.

The Hu case is just the latest in a series of setbacks to what the Justice Department dubbed “the China Initiative,” an effort designed to thwart China from stealing cutting edge research that critics say has gone off the rails. For years, the government encouraged American scientists to cooperate with their Chinese counterparts, and didn’t pay close attention to required disclosures. Now that U.S.-China relations have grown tense, rule violations have turned into criminal charges. But many of those charges aren’t sticking.

The Justice Department dropped six cases in July, including one against a Cleveland Clinic researcher who had discovered genes that cause heart disease but is now looking for a job in China. Last year, prosecutors abruptly ended a case against a visiting Chinese scientist at the University after the school acknowledged he was authorized to access some of the material he was accused of stealing.

“The China Initiative has turned up very little by away of clear espionage and the transfer of genuinely strategic information to the PRC,” said Robert Daly, a China expert at the Wilson Center. “They are mostly process crimes, disclosure issues. A growing number if voices are calling for an end to the China initiative because it’s seen as discriminatory.”

The China Initiative began under President Donald Trump’s attorney general, Jeff Sessions, in 2018. But concerns about Chinese espionage in the United States — and the transfer of technology to China through business and academic relationships — are bipartisan.

As NBC News reported last year, American intelligence and law enforcement officials have been worried for years about China’s effort to recruit professors and researchers — some, but not all, Chinese-Americans — into so-called “talent programs,” that secretly pay them to share research.

A 2019 bipartisan Senate report on China’s “Thousand Talents” program said it “incentivizes individuals engaged in research and development in the United States to transmit the knowledge and research they gain here to China in exchange for salaries, research funding, lab space, and other incentives. China unfairly uses the American research and expertise it obtains for its own economic and military gain.”

The government has won some big cases, including an Ohio State University professor of medicine sentenced to 37 months in prison in May after he admitted to lying on federal grant applications about his ties to China.

Prosecutors last year indicted Charles Lieber, the chairman of Harvard’s chemistry and chemical biology department, who has pleaded not guilty to charges of lying to investigators about a relationship with a Chinese university that the government says was paying him $50,000 per month.

But critics say federal law enforcement may be the wrong tool to combat the problem. Not every American academic with ties to a Chinese university is committing wrongdoing, they say, even if they came up short in filling out disclosure forms. Academics once were encouraged to collaborate across national boundaries, but as U.S. China relations have worsened in recent years, any relationship with China is now fraught.

“The ground shifted under them,” Daly said. “The nature of the U.S.-China relationship changed. Cooperation with China, which had been encouraged, is suddenly highly suspect.”

Peter Zeidenberg, a lawyer who has represented several professors and researchers accused under the China Initiative and related cases, says the Justice Department appears to misunderstand the nature of academic research.

“The goal is to publish,” he said. “There are no secrets.”

Mark Cohen, a former trade adviser at the U.S. Embassy in China who is now a distinguished senior fellow at the University of California at Berkeley, agreed.

Cohen told NBC News he is deeply concerned about technology transfer to China, but “The FBI is going too far. There’s a lot of problems with pursuing these cases at universities. They are an open environment, exempt from export controls.”

The Justice Department is not backing off the China Initiative, noting on its website that 80 percent of all economic espionage cases link to China. Of 12 cases brought under the initiative involving academic or grant-making institutions, four have ended in guilty pleas or convictions, according to DOJ statistics.

In a statement to NBC News, DOJ spokesman Wyn Horbuckle said the department is “dedicated to countering unlawful PRC government efforts to undermine America’s national security and harm our economy,” but also “take(s) seriously concerns about discrimination and are committed to working with affected communities to build upon and improve the department’s efforts.”

John Demers, who departed in June as head of the Justice Department’s National Security Division, said in an interview that the problem of technology transfer at universities is real. But he said he also believes conflict of interest and disclosure rules were not rigorously enforced for many years. For that reason, he recommended an amnesty program offering academics with undisclosed foreign ties a chance to come clean and avoid penalties. So far, the Biden administration has not implemented such a program.

According to court testimony, the FBI began looking into Hu based on suspicions he was a Chinese agent, but found no evidence of that. The government eventually brought charges of grant fraud, alleging he failed to disclose a relationship with a Chinese university while performing research in the U.S. under a NASA grant.

In a Sept. 9 ruling, U.S. District Judge Thomas Varlan found Hu not guilty, saying he saw no evidence that Hu intended to defraud NASA. In fact, the judge ruled, the NASA inspector general found that the agency was not harmed. The lead FBI agent in the case was unfamiliar with the federal grant process and university disclosure requirements, the judge found. The FBI’s Knoxville office declined to comment.

The University of Tennessee last week offered to reinstate Hu in his job.

Another of the failed prosecutions involved Qing Wang, who spent two decades working at the Cleveland Clinic, researching genes that cause heart disease. By his telling, he planned to retire there. But one day last year, the FBI knocked on his door.

Before he knew it, he was under arrest, charged with felonies and locked in a holding cell.

“I was completely shocked,” Wang told NBC News. “I thought, you know, everything is finished. My scientific career is completely over, and my life is probably over too….it felt, like, you know, it’s the end of the world.”

Wang had been leading a research project into the genetic causes of heart disease, funded by more than $3.6 million in federal grants from the National Institutes of Health.

In a criminal complaint, the FBI said he failed to tell the NIH, as required, that he was part of the Thousand Talents Program, was dean of a Chinese university, and was receiving nearly half a million dollars in Chinese government grants for research that overlapped with his U.S.-funded work.

Zeidenberg said he was prepared to prove that Wang did disclose his position and research in China to the NIH, even if he didn’t fill out forms correctly.

In July, the Justice Department dropped the charges.

“It was the best day in my — entire life, you know? Because (on) that day, I saw my hope, I think, in my scientific career.”

But Wang is now in Shanghai, looking for work. America appears to have lost a renowned genetic researcher.

“They are creating such a fear in the scientific community,” he said. “I’m pretty sure many people will move back to China. So that’s actually they are doing a favor to the Chinese government.” 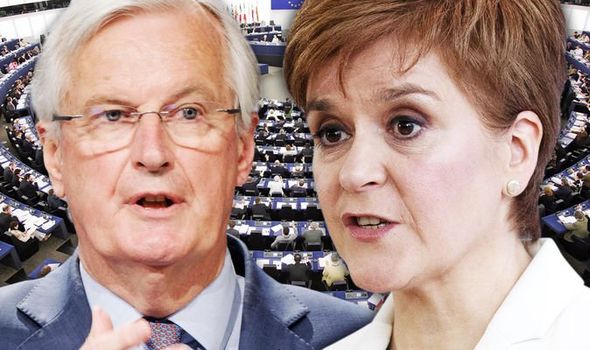 SNP politicians have begged to be part of a new joint parliamentary assembly that will pit staunch Brexiteers and passionate European federalists against each other. 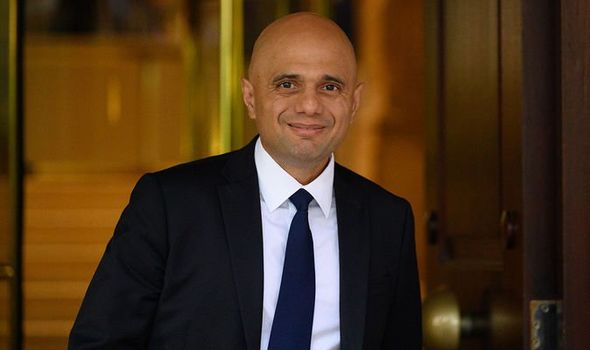 EMERGENCY coronavirus powers have been renewed for a further six months after Boris Johnson warned of a “challenging” winter ahead.

Facebook settles claims it discriminated against U.S. workers for jobs

How a federal push to stop Chinese scientists from stealing U.S. secrets has sputtered in court

Iraqis remember Powell as both liberator and ‘engineer’ of endless war