WASHINGTON — The controversial new Texas abortion law could yet be “destroyed” by the Supreme Court, Republican Sen. Bill Cassidy, R-La., said on Sunday.

The law, known as Senate Bill 8, went into effect at midnight on Wednesday, after the Supreme Court did not act to block it. Abortion rights advocates say the measure is the most restrictive anti-abortion law in years, with provisions that amount to a near-total ban on abortion in the state.

If the law “is as terrible as people say it is, it will be destroyed by the Supreme Court, but to act like this is an assault upon Roe v. Wade is again something that the president is doing I think to distract from other issues,” Cassidy, who opposes abortion, said on ABC’s This Week.

Rep. Adam Kinzinger, R-Ill., said he was troubled by aspects of the law. “I’m pro-life, but what I don’t like to see is this idea of every citizen being able to tattle, sue an Uber driver, as you said, be deputized to enforce this abortion law,” he said on CNN’s “State of the Union,” adding that the debate over abortion was “one that that we should have that’s open and not just opening people up to be sued for any bit part in that process.”

Since the ruling, activists who support abortion rights and the Biden administration have been vocal in their opposition to the measure. Biden said that Texas’ restrictive new abortion law violates the Constitution and pledged to “protect and defend” abortion rights.

The Supreme Court’s decision was made in a 5-4 vote, with Chief Justice John Roberts dissenting with liberal justices Elena Kagan, Breyer and Sonia Sotomayor. Each justice wrote a separate opinion against the majority decision.

“If this decision doesn’t cry out for that, I don’t know what does,” said Klobuchar, on CNN’s State of the Union.

In a statement last week, Biden said he was directing the Office of the White House Counsel and his Gender Policy Council to involve the Health and Human Services Department and the Justice Department to evaluate what “legal tools we have to insulate women and providers from the impact of Texas’ bizarre scheme of outsourced enforcement to private parties.”

On Sunday, White House senior adviser Cedric Richmond reiterated Biden’s stance and said the administration is doing “everything we can to try to remedy that situation for the people in Texas.”

“It is just a cruel and destructive law on the rights of women,” said Richmond on ABC’s This Week.

Biden is currently dealing with a number of other pressing issues, including Hurricane Ida, which struck Louisiana, on Aug. 29 as a Category 4 hurricane, and the ongoing fall out from the U.S. withdrawal from Afghanistan. 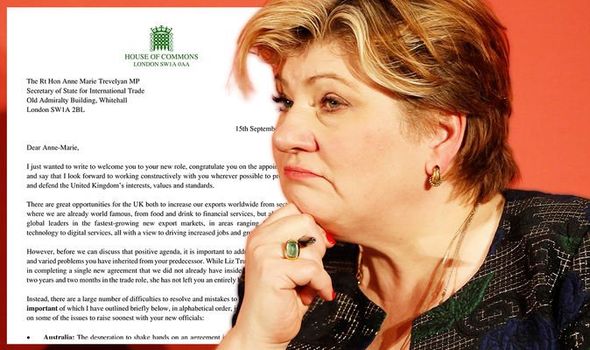 EMILY THORNBERRY appeared to forget agreements signed by Liz Truss as she attacked the former Trade Secretary for leaving her role “without a single completed deal we didn’t have inside the EU”.

Eight months after Jan. 6 attack, Trump remains in full control of the GOP

WASHINGTON — There’s new fencing around the U.S. Capitol as Washington, D.C. braces for another pro-Trump rally this weekend.

The former president released a statement Thursday defending the Jan. 6 rioters, with no objection coming from prominent Republicans. (“Our hearts and minds are with the people being persecuted so unfairly,” Trump said.)

The GOP nominee in Virginia’s gubernatorial race didn’t really distance himself from Trump in last night’s debate — in a state Trump lost by 10 points in 2020.

And then later last night, one of the 10 House Republicans who voted to impeach Trump — Rep. Anthony Gonzalez, R-Ohio — announced he won’t seek re-election next year.

That’s the situation, in D.C. and inside the GOP, eight months after the Jan. 6 attack on the Capitol and since Trump’s second impeachment.

Trump is still winning the fight for the Republican Party’s heart and soul after his presidential defeat a year ago.

The former president’s hold over the GOP even extends to next year’s Senate races, where Trump continues to inject himself into the key contests of Georgia, Arizona and now New Hampshire.

And how Trump continues to win is that he outlasts his opposition.

Or makes life so miserable for opponents that they eventually give in — or give up.

“Politically the environment is so toxic, especially in our own party right now,” Rep. Gonzalez told the New York Times about his decision not to seek re-election. “You can fight your butt off and win this thing, but are you really going to be happy? And the answer is, probably not.”

More Gonzalez: “This is the direction that we’re going to go in for the next two years and potentially four, and it’s going to make Trump the center of fund-raising efforts and political outreach,” he said. “That’s not something I’m going to be part of.”

A handful of Capitol Hill residents have walked by tonight remarking on how sad they are to see the fencing return to their neighborhood.

USCP Chief Manger told reporters earlier this week that “if everything goes well it will come down very soon after” the Sept 18 rally. pic.twitter.com/sMaVZpZCuJ

$55 million: How much Texas Republican Gov. Greg Abbott has banked away for his upcoming election, as his rivals still mount long-shot primary challenges against him.

3 percentage points: The increase in childhood obesity over the last year, per a new CDC study.

More than 9,000: The number of migrants who are being held at a temporary camp under a bridge in south Texas after a quick influx of arrivals.

41,848,197: The number of confirmed cases of the coronavirus in the United States, per the most recent data from NBC News and health officials. (That’s 176,048 more since yesterday morning.)

674,124: The number of deaths in the United States from the virus so far, per the most recent data from NBC News. (That’s 3,509 more since yesterday morning.)

54.2 percent: The share of all Americans who are fully vaccinated, per the CDC.

65.4 percent: The share of all U.S. adults at least 18 years of age who are fully vaccinated, per CDC.

McAuliffe, Youngkin slug it out in first debate

“McAuliffe described a nurse treating a cancer patient and asked Youngkin if he thought the nurse should be required to be vaccinated against the coronavirus to protect the life of the patient,” the Washington Post writes. “Youngkin said he hoped the nurse would choose to get vaccinated. ‘My opponent wants to mandate,’ he said. ‘I respect your ability to make decisions.’”

On abortion, “McAuliffe … said that he supports a woman’s right to an abortion through the second trimester and that he would like to enshrine Roe v. Wade in the state constitution… [Moderator Susan] Page pressed Youngkin on a six-week bill with exceptions, and Youngkin again declined to answer directly, but said he believed in a ‘pain-threshold bill.’”

By the way, early in-person voting begins today in Virginia.

A federal judge is halting the Biden administration’s attempt to remove migrant families on the border with Mexico because of a public health order.

The special counsel appointed by President Donald Trump’s Justice Department to probe the Russia investigation has charged a prominent Democratic lawyer with making a false statement to the FBI.

Iowa’s redistricting board has proposed a new map that could overhaul the state’s congressional delegation.

France is furious at a new U.S. security alliance with Australia and Britain. 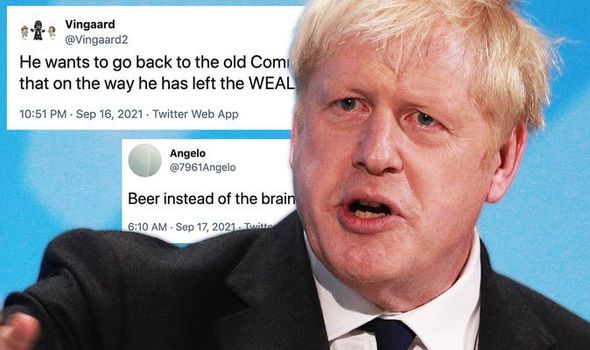 EUROPEANS rushed to social media platforms to mock Boris Johnson’s decision to allow British businesses to go back to the imperial measures system.

Eight months after Jan. 6 attack, Trump remains in full control of the GOP

Calls to China were ‘perfectly’ within scope of job