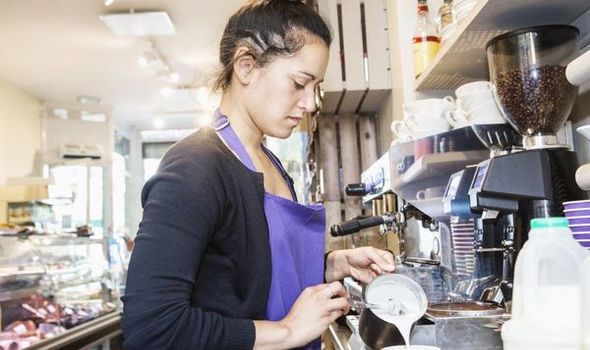 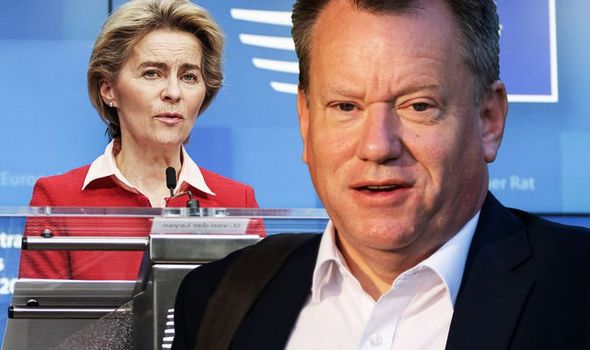 LORD FROST has issued another furious ultimatum to the European Union and demanded urgent action is taken over the Northern Ireland. 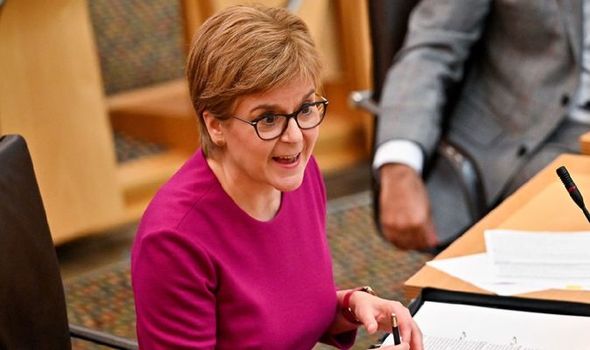 NICOLA STURGEON is using coronavirus at every turn as a smokescreen for a litany of SNP failures, according to an MSP. 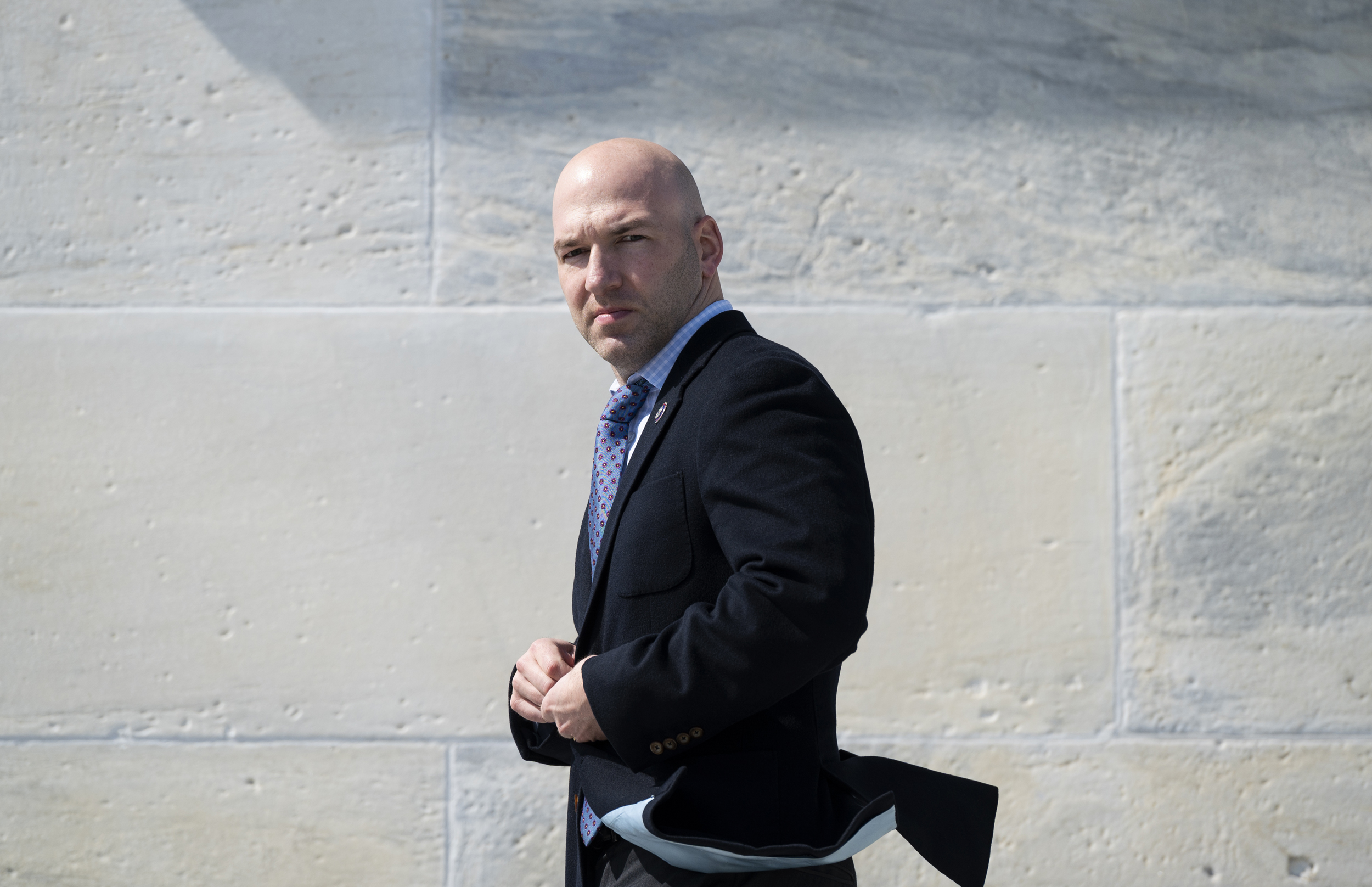 CLEVELAND — For 20 years, nothing could stop Anthony Gonzalez.

He was a speedy wide receiver at St. Ignatius High School, one of Cleveland’s prep football powerhouses. He was a star at Ohio State. And then he went to the NFL as a first-round draft pick who caught passes from Peyton Manning before injuries derailed his promising career.

Even then, Gonzalez kept on going: MBA at Stanford University, job in Silicon Valley and a return home for a successful congressional bid. With his local sports celebrity and Cuban American lineage in a Republican Party starved for diversity, he seemed destined for a much longer run in politics.

It wasn’t to be. Gonzalez, whose vote to impeach then-President Donald Trump isolated him from all but nine of his House GOP colleagues, announced last week that he will not seek re-election in 2022. His two terms will clock in a year shy of his five-year NFL tenure.

Gonzalez, 37, cited his desire for a “fuller family life” and also the “toxic dynamics inside our own party” as the primary factors in his decision. Those factors intersected profoundly after he voted to hold Trump responsible for the deadly Jan. 6 riot at the Capitol. A former pro athlete accustomed to hometown hero status had to adjust to threats and extra security when passing through Cleveland’s airport with his wife and two young children.

“This is a guy who had a really bright future,” said Steve Stivers, a former Ohio congressman who led the House Republicans’ campaign arm in 2018 when Gonzalez won his seat. “To realize that he decided it’s not worth it, unfortunately, is a statement that might be bigger for our country right now. … It says something very troubling for the future of our republic.”

Threats against members of Congress spiked earlier this year, following the violence of Jan. 6 and public vows by Trump and his allies to punish Republicans detractors and others who don’t parrot their baseless claims that the 2020 election was stolen. The office of the House Sergeant at Arms has sent emails reminding members of security resources available to them, while also encouraging them to coordinate with local law enforcement when returning home to their districts.

Gonzalez, “like me and like a lot of my colleagues … has very serious security concerns, and both of us have young kids,” Rep. Colin Allred, D-Texas, a friend of Gonzalez’s who played against him in the NFL, said last week on MSNBC. “These are conversations that they have in other countries, where if you’re serving in office, you may have to worry about some kind of political violence descending upon you. That shouldn’t be something that happens in the United States.”

The threats and harassment have escalated over the last decade, dating to the 2011 shooting of Gabrielle Giffords, then a Democratic congresswoman from Arizona, during a public event outside a supermarket. In 2017, a shooter in Alexandria, Virginia, opened fire on Republicans practicing for the annual Congressional Baseball Game, injuring Rep. Steve Scalise of Louisiana and others.

Stivers, who resigned his House seat this year to run the Ohio Chamber of Commerce, received death threats against him and his family in 2017. He said his decision to leave Congress wasn’t so much about safety concerns as it was about being at home more with his wife and two children.

“I will say, over the last few years, the way people interact and treat their elected officials has changed,” said Stivers, who briefly considered running for Senate next year. “There’s been this idea that if you can be rude to people on social media, you can be rude to their face, too. And it just makes it harder to be a servant leader.”

Gonzalez is the first of the pro-impeachment House Republicans to announce his departure. Others, like Rep. Liz Cheney of Wyoming — who lost her caucus leadership post over her vote — show no sign of retreating even as Trump encourages primary challengers.

Personal security is a sensitive topic for members as they work to keep themselves and their families safe. Through his staff, Gonzalez declined to elaborate on threats he has faced or precautions he has taken. Aides to the other pro-impeachment Republicans declined or did not respond to requests to discuss how they handle such matters.

“It’s one thing to wake up one day and see some negative ads against you — it’s another to worry about your safety and your family’s safety,” said one veteran Ohio Republican who requested anonymity to express sympathy for Gonzalez without publicly taking sides in a major GOP dispute.

“I think that political criticisms ought to focus on people’s votes and the leadership they are or are not showing,” added the Republican, who had no direct knowledge of threats against Gonzalez. “Not going to people’s houses. Not threats online.”

Gonzalez was facing at least two primary challengers in Ohio’s 16th District, including Max Miller, a former Trump White House and campaign aide who jumped into the race after the impeachment vote and quickly scored the former president’s endorsement. Gonzalez remained unapologetic and for months telegraphed no plans to step aside. He had outraised Miller, and some GOP activists in the state thought he had a decent chance of winning.

“I’ve never thrown in the towel in anything,” Gonzalez told NBC News in February. “So I don’t know why I’d start.”

But Trump and his allies kept the pressure on. In June, Miller opened a Trump rally just outside the district by leading the crowd of thousands in a hostile chant of “Tony’s gotta go!” before charging that “Turncoat Tony betrayed us.” When Trump took the stage, he called Gonzalez “a fake Republican and disgrace to your state.”

Close allies disowned Gonzalez. The Ohio Republican Party censured him and demanded his resignation. Within an hour of his announcement that he wouldn’t seek re-election, the leader of a suburban GOP club who led the censure charge was on Twitter taking victory laps.

In an interview Friday with WKYC Channel 3, NBC’s Cleveland affiliate, Gonzalez emphasized the family considerations and a desire to be a more present husband and father. The former St. Ignatius Wildcat and Ohio State Buckeye added that “Northeast Ohio is always home” and didn’t rule out running for office again — but not likely until his kids are older.

“If I’m not willing to put my family first,” he wondered, “then what good am I?”

Here’s what will happen when the Fed’s ‘tapering’ starts, and why you should care

Trump pushes for election audit in Texas, a state he won