A coalition of more than 20 prominent progressive groups and unions are launching a new ad campaign slamming Sen. Ron Johnson, R-Wisconsin, for his response to the January 6 riot and his vote against the For the People Act.

They are spending $800,000 on a 30-second television spot and print ad campaign, which kicks off Sunday.

The coalition includes NAACP, Sierra Club, Planned Parenthood Action Fund, Working Families Party, and labor union National Education Association; they call themselves the Democracy for All 2021 Action and advocate for federal voting legislation, District of Columbia statehood, and campaign finance reform. Their first major ad campaign, a million-dollar buy in April, promoted the For the People Act in three states and D.C.

Wisconsin Democrats are lining up to challenge Johnson for his seat in 2022; the Republican has not yet said whether he’s running for reelection.

“You’re failing us, Sen. Johnson. Protecting our democracy has never been partisan and yet you refused to investigate the deadly attack on our Capital,” the ad begins.

It contrasts images of rioters smashing windows at the Capitol with a brief clip of Johnson saying “by and large it was peaceful protest.”

His full statement, made on Fox News in May, was “by and large it was all, it was peaceful protest, except for there were a number of people, basically agitators that whipped the crowd and breached the Capitol. And you know, that’s really the truth of what’s happening here.”

The ad also criticizes him for voting against the For the People Act, Democrats’ sweeping elections and campaign overhaul bill that would have required all states to offer early voting.

“Access to the polls matters to all Americans, and yet you blocked voter protections that have the support of Democrats, Republicans, and Independents,” the narrator says.

Johnson and other Republicans blocked a vote on the For the People Act last month,

The ad will air on local broadcast news and sports programs, national cable news shows including MSNBC, as well as Fox News Sunday and Face the Nation in Washington, D.C., on July 25.

Becky Pringle, president of the National Education Association, told NBC News that Johnson was undermining democracy and that his vote against a commission to investigate the January 6th riot was “unconscionable.”

A print version of the ad will run in 10 local newspapers including the Milwaukee Journal Sentinel and the Minneapolis Star Tribune.

“The only thing Ron Johnson is willing to protect is his own power,” the ad reads, urging voters to call the senator’s D.C. office. “Who’s Johnson working for? You or himself?”

'What would you do then?' Ashworth left fumbling as Phillips challenges Labour strategy 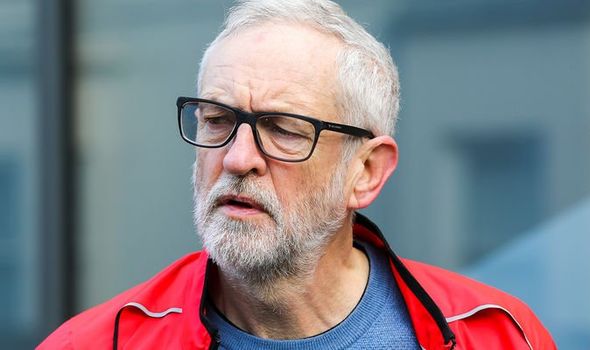 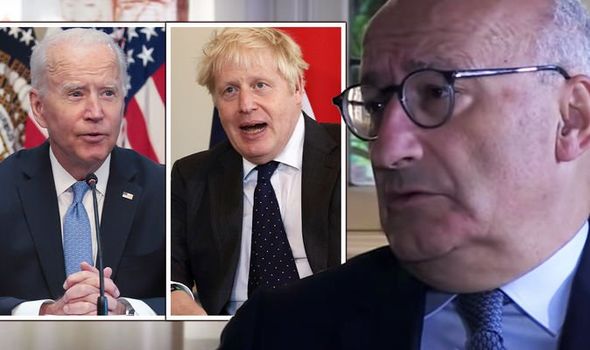 HONG KONG — America’s new security alliance with Britain and Australia was always likely to be greeted with fury by China, the unspoken target of Washington’s latest effort to reinforce its influence in the region.

And it was. But the pact also incensed France, a longtime ally that felt its Indo-Pacific interests had been torpedoed by the submarine-centered agreement.

Zhao added that any regional alliance “should not target or harm the interests of third parties.”

In a briefing before Wednesday evening’s announcement, a Biden administration official stressed that the pact “is not aimed at any one country.”

But the AUKUS deal comes as the U.S. steps up its efforts to counter China.

It will allow Australia to build nuclear-powered submarines for the first time, using technology that the U.S. had only previously shared with Britain. The pact also allows for greater collaboration between the three countries on cyber capabilities and artificial intelligence, as well as in other areas.

It will also make Australia the seventh country in the world to have nuclear-powered submarines, after the U.S., Britain, France, China, India and Russia. Unlike those other countries, Australia does not have nuclear weapons.

“The U.S. has only ever shared this technology with the U.K., so the fact that Australia is now joining this club indicates that the United States is prepared to take significant new steps and break with old norms to meet the China challenge,” said Sam Roggeveen, director of the International Security Program at the Lowy Institute in Sydney, Australia, in a statement shared with NBC News.

Relations between Beijing and Canberra have been in a downward spiral, with the U.S. ally emerging as a key bulwark in the West’s efforts to combat China’s growing influence.

China, Australia’s biggest trading partner, has embarked on a trade war in return.

There now appears little prospect for improved ties, which the Australian government will have taken into consideration, according to Malcolm Davis, a senior analyst in defense strategy and capability at the Australian Strategic Policy Institute in Canberra.

“I think China will probably increase the pressure on us as a result of this, but frankly we need to do this in order to ensure our security,” he said.

But it’s not just China that was irked by the deal.

France also expressed outrage after the agreement brought its own deal to build submarines for Australia, inked in 2016, to an abrupt end.

“The American choice to exclude a European ally and partner such as France from a structuring partnership with Australia, at a time when we are facing unprecedented challenges in the Indo-Pacific region,” they said, “shows a lack of coherence that France can only note and regret.”

A visibly angry Le Drian later described the announcement as “a stab in the back.”

“This brutal, unilateral and unpredictable decision reminds me a lot of what Mr. Trump used to do,” he said on France-Info radio.

“We built a relationship of trust with Australia, and this trust was betrayed,” he added. “This is not done between allies.”

Parly said Thursday that the government would try to minimize the financial impact of the canceled deal on submarine manufacturer Naval Group, which is mostly state-owned.

Asked whether France would seek compensation from Australia, she did not rule it out.

Being sidelined by the new alliance was a “big disappointment” for French trade, according to Frédéric Charillon, a political science professor at France’s Clermont Auvergne University.

“But, what is probably more worrying now is…the lack of confidence that is now growing between the Biden administration and at least some of the European alliance, including France,” he said.

Washington appears to be fueling “the impression that maybe the new administration (is) not that different from the last,” Charillon added.

In New Zealand opposition leaders questioned why Australia’s neighbor and close ally had been left out of the loop.

Prime Minister Jacinda Ardern said that her government had not been approached as part of the pact, “nor would I expect us to be.”

But she added that any nuclear-powered submarines Australia acquired would not be allowed in the country’s territorial waters, since its longstanding nuclear-free policy forbids the entry of vessels powered by nuclear energy.

Australian Prime Minister Scott Morrison said that in spite of the hard feelings among both rivals and some allies, this was simply an opportunity his country couldn’t turn down.

The advantages of nuclear submarines were clear, he said: “They’re faster, they have greater power, greater stealth, more carrying capacity.”

“Australians would expect me as prime minister to ensure that we have the best possible capability to keep them safe and to be unhindered in pursuing that as best as I possibly can,” he added. “And that is what I have done.”