WASHINGTON — President Joe Biden announced Thursday that the U.S. will purchase and donate half a billion of Pfizer’s Covid-19 vaccine to countries struggling with supply.

Biden stressed that the effort was in the U.S.’s best interest and that he would not expect anything from other nations in return.

“From the beginning of my presidency we’ve been clear eyed that we need to attack this virus globally,” Biden said, speaking from Cornwall, United Kingdom. “We value the inherent dignity of all people. In times of trouble, Americans reach out to offer a helping hand.”

Biden, who is in the region to attend the Group of Seven summit, said that the U.S. contribution would lay the “foundation” for other wealthy nations to share vaccines globally and that the G-7 leaders would announce Friday “the full scope of our commitment” to address the pandemic.

The announcement comes as vaccination supply is outpacing demand in the U.S. — with roughly 64 percent of adult Americans now having received at least one shot — and as Biden faces increasing pressure to do more to help other countries as concerns rise that China’s and Russia’s strategy of selling or donating their vaccines to other countries allows them to expand their influence throughout the world.

Biden said that the U.S. would provide the vaccines to other countries “with no strings attached,” adding that the “vaccine donations don’t include pressure for favors or potential concessions. We’re doing this to save lives, to end this pandemic. That’s it.”

The U.S. and other wealthy countries have been criticized for racing ahead in their vaccine rollouts as poorer countries struggle to obtain vaccines. Experts have warned that global vaccination inequality could prolong the pandemic for everyone if the coronavirus continues to mutate, which could make it more infectious and resistant to vaccines.

Biden, warning of the threat of Covid-19 variants, said that donating the vaccines to other nations was in “America’s self-interest.”

“As long as the virus rages elsewhere, there’s a risk of new mutations that could threaten our people,” Biden said.

The 500 million vaccines will be delivered through COVAX, a humanitarian program run in part by the World Health Organization that aims to distribute vaccines fairly, and will be given to 92 low-income countries and the African Union.

COVAX’s goal is to make 2 billion doses available to countries in need by the end of the year. So far, about 81 million vaccine doses have been shipped to over 129 participants.

Biden, who was joined Thursday by Pfizer CEO Albert Bourla, said that the 500 million vaccines would be produced at facilities in the U.S.

The White House said that Biden’s announcement marked the largest-ever purchase and donation of vaccines by a single country. The U.S. has also pledged $2 billion to COVAX, which the White House also said was also more than any other nation.

Germany and France have each promised to donate 30 million doses by the end of the year while British Prime Minister Boris Johnson said Thursday Britain would donate “millions” of doses, but did not say when.

The U.S.’s donation of 500 million Pfizer vaccines is in addition to the Biden administration’s previous commitment to share 80 million shots from the U.S.’s supply with other countries by the end of June. The first shipments of those doses will go out in the coming weeks.

Biden said that Thursday’s announcement would not be the end of the U.S.’s commitments to help fight the pandemic globally. 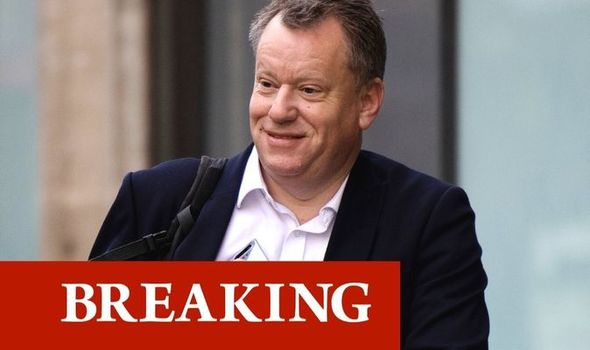 LORD Frost has said Brussels’ bid to ban British TV shows would only harm viewers on the Continent. 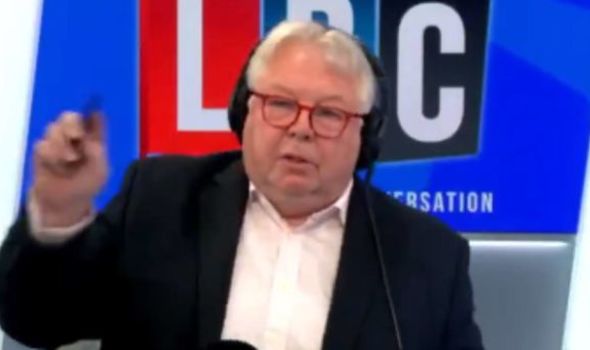 MATT Hancock tried to awkwardly laugh off a question on SAGE numbers but faced a relentless grilling from LBC’s Nick Ferrari before erupting on air stating “it doesn’t matter” he does not know who is in the scientific advisory group. 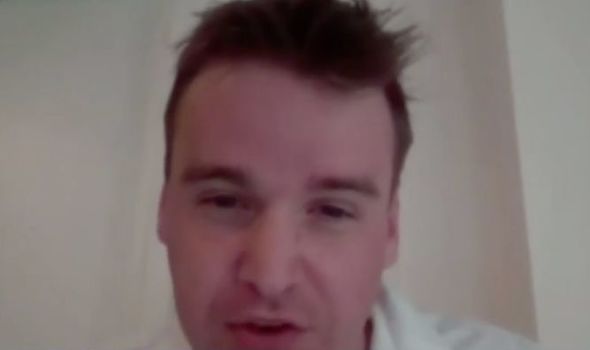 LABOUR voted against a report helping working class kids because of the two pages out of a 80-page report because it mentioned “white privilege”, as shocking allegation emerges.

Louis Vuitton-owner LVMH on the future of retail: Mostly in-store