As the Biden administration sharpens its focus on Central America in its quest to stem migration, it is facing a region that has seen democratic and economic deterioration compounding long-term challenges.

Back-to-back hurricanes, an outbreak of coffee leaf rust, drought, and the Covid-19 pandemic have aggravated conditions in an area that already had some of the highest homicide rates in the world, forcing many to leave their families and seek opportunities in the United States. An estimated 311,000 people have left El Salvador, Guatemala and Honduras, known as the Northern Triangle, annually in recent years.

The three countries are among the poorest in the Western Hemisphere, and in 2019 ranked near the bottom for GDP per capita among Latin American and Caribbean countries. The pandemic has exacerbated the inequality and extreme poverty there.

President Joe Biden has tapped Vice President Kamala Harris to work with the Northern Triangle countries where most of the adults, children and families trying to cross the border are originally from. It’s a job Biden had as vice president, but conditions in the region have worsened since then.

In the next few years it will be a delicate balance for the Biden administration, which has put anticorruption, democracy and human rights at the heart of its foreign policy, while aiming to help the governments curb migration to the U.S. In Guatemala, Harris said that the U.S. Treasury, State and Justice Departments will be working with the government to train local law enforcement and support Guatemalan prosecutors in anti-corruption efforts.

As the administration pumps $4 billion into these countries during the next four years, making investments and engaging in high-level diplomacy, one key issue will be partnering with the country’s current governments.

Last month, the U.S. Agency for International Development redirected aid from El Salvador’s national police and a public information institute to civil society groups over “deep concerns” following the removal of five supreme court judges and the attorney general. Harris criticized the move, which many see as one of the last checks on Bukele’s power, on Twitter.

Bukele recently refused to meet with Ricardo Zuñiga, who was tapped by Biden to focus on the Northern Triangle countries, during Zuniga’s recent visit to El Salvador. The Salvadoran president reportedly received a similar snub from the Biden administration when he made an unannounced trip to Washington in February.

In neighboring Guatemala, the Legislature refused to swear in the president of the Constitutional Court after she was re-elected. They dropped a graft charge against a jailed former president and arrested former investigators who had built cases against him. And Honduran President Juan Orlando Hernández has been accused of protecting drug traffickers, and his brother was sentenced to life in prison for trafficking cocaine by a Manhattan court.

Former President Donald Trump had become an ally of leaders from the Northern Triangle countries and turned a blind eye to corruption as the three countries agreed to crack down on migration and take in asylum-seekers who had been turned away at the U.S. border. He froze a portion of the aid to the region in 2019, saying the three countries had done too little to halt a surge in migration at the time. Critics called Trump’s policies draconian and inhumane and say it affected the impact of the work that was being done to improve conditions there.

Biden administration officials have said that little of the $4 billion will go to the central governments, but rather to nongovernmental organizations and other private entities.

Aside from the diplomatic obstacles, critics of U.S. aid to Central America say it hasn’t slowed migration in the past. They say the money usually goes to American companies that have large offices that meet oversight requirements, but they use up a lot of it for salaries and expenses, instead of reaching the people who need it most.

Michael Shifter, president of the Inter-American Dialogue, a Washington think tank, says part of the reason aid hasn’t made a dent in the flow of migrants is because it needs to be consistent and sustained over an extended period of time.

“It’s not reacting to a crisis, but it’s trying to create the conditions that avoid the crisis and prevent the crisis from occurring,” he said. “And we haven’t seen that from the United States.”

Paul Angelo, a fellow for Latin American Studies at the Council on Foreign Relations who worked at the U.S. embassy in Honduras, says it’s important for the U.S. to be continuously engaged in these countries, so people can envision their futures in their home country, rather than in the United States. “These are not quick fixes. These are generational changes,” he said.

Angelo pointed to the success of the International Commission Against Impunity in Guatemala, known as CICIG, that was created in 2006 with the backing of the United Nations and the U.S. Its aim was to prosecute serious crimes by “criminal groups believed to have infiltrated state institutions” as well as combat corruption. It helped convict over 400 people and contributed to a decline in homicides. But the CICIG, like similar groups in the region, was disbanded in 2019 as the Guatemalan government at the time felt under threat from the prosecutors. The Trump administration dropped its strong support for the commission.

Angelo said the CICIG was important symbolically in providing Guatemalans the kind of hope that many need to envision a more positive democratic future in their country. Consistent support of these kinds of entities by the U.S.is important, Angelo said.

While some of the region’s more recent setbacks like Covid-19 will improve with more vaccinations, challenges such as worsening climate conditions and ongoing questions around governments’ commitment to the rule of law will continue to present obstacles that don’t have easy fixes.

Still, experts say the U.S. has to be consistent in its focus and work toward policies that can improve the lives of the region’s most vulnerable populations.

“When people have hope in their current situation, when they have hope in the lives that they are leading daily, that’s when they feel comfortable envisioning the future in their home countries,” said Angelo, “and they’re not seeking necessarily a way out.” 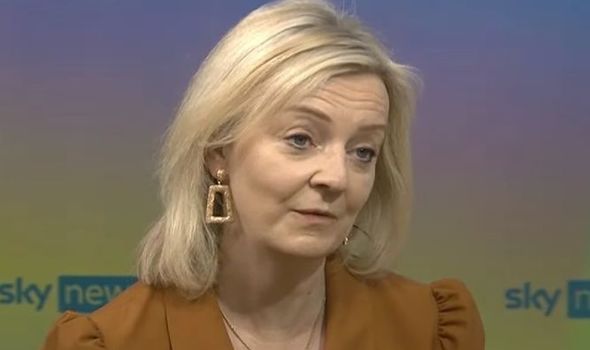 TRADE SECRETARY Liz Truss warned Brussels EU beef imports to the UK will be cut by over 650 percent next year amid the ongoing row over the Northern Ireland protocol. 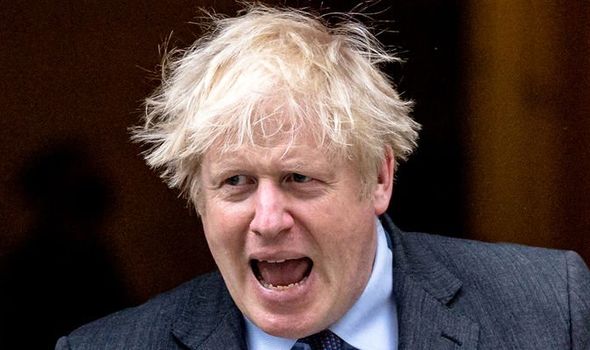 RISING levels of Unionist anger against the Northern Ireland Protocol will be voiced at rally in County Down on Friday – with organisers urging Prime Minister Boris Johnson to ditch the controversial rules once and for all. 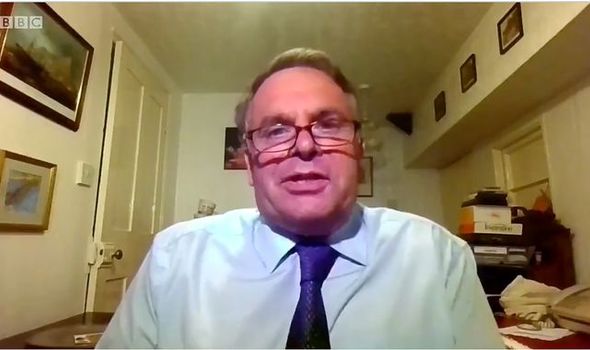 THE UK must enter into the post-Brexit Australia trade deal with its “eyes wide open”, a Tory MP has warned.

Sony to reinstate Cyberpunk 2077 game on its PlayStation Store

How Biden and Putin’s relationship has changed over the years

Biden arrives in Geneva ahead of critical Putin summit