President Joe Biden’s top labor official said most gig workers in the United States should be classified as “employees” deserving of related benefits, in what could be a policy shift that is likely to raise costs for companies that depend on contractors such as Uber and Lyft.

Labor Secretary Marty Walsh, a son of Irish immigrants and a former union member, has been expected to boost President Biden’s efforts to expand workers’ protections and deliver a win for the country’s organized labor movement.

“We are looking at it but in a lot of cases gig workers should be classified as employees… in some cases they are treated respectfully and in some cases they are not and I think it has to be consistent across the board,” Walsh told Reuters in an interview on Thursday, expressing his view on the topic for the first time.

“These companies are making profits and revenue and I’m not (going to) begrudge anyone for that because that’s what we are about in America… but we also want to make sure that success trickles down to the worker,” he said.

His work at the Department of Labor is expected to have a major impact on U.S. workplace laws and regulations, including vigorous enforcement of occupational safety and health rules, overtime payments and proper administration of employee benefit plans.

The U.S. Bureau of Labor Statistics reported in 2017 that 55 million people in the United States were gig workers – or 34 percent of the workforce – and was projected to rise to 43 percent in 2020.

Walsh’s views on the issue could usher in new rulings from the department, which sets legal guidelines for how employers treat workers. Before his appointment, the Labor Department’s Wage and Hour Division (WHD) proposed rescinding a rule adopted in January that would have made it easier to classify workers as independent contractors.

Walsh said the Department of Labor will have conversations with companies that employ gig labor in the coming months to make sure workers have access to consistent wages, sick time, health care and “all of the things that an average employee in America can access.”

The Department’s decision could have far-reaching implications on ride-hailing services such as Uber, Lyft and food delivery apps such as Grubhub Doordash and Postmates. The companies did not immediately respond to requests for comment.

Gig workers are independent contractors who perform on-demand services, including as drivers, delivering groceries or providing childcare – and are one-third more likely to be Black or Latino, according to an Edison Research poll.

Walsh also spoke about the risks that result from not having gig companies paying unemployment insurance for such workers – a scenario that has played out during the pandemic, leaving the U.S. government to foot the bill.

“If the federal government didn’t cover the gig economy workers, those workers would not only have lost their job, but they wouldn’t have had any unemployment benefits to keep their family moving forward… we’d have a lot more difficult situation all across the country,” he said.

The last decade has seen a surge in the number of gig workers, indicating broad economic and demographic shifts and raising concerns around long-term financial security for a growing share of the workforce, according to some experts.

BBC takeover: Brexiteer set to dismantle 'woke' bias as he is appointed to top board 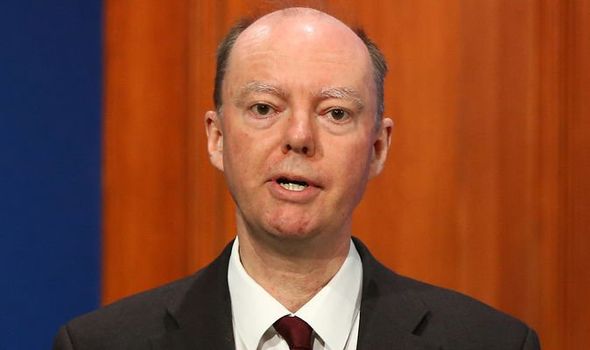 THE UK’s coronavirus alert level has dropped to level 3 ahead of the further easing of restrictions in England next week.

In an interview on Fox News with Maria Bartiromo, McCarthy, R-Calif., was asked if he supports Stefanik’s efforts.

“Yes, I do,” he said, which was the first time he publicly voiced his position on the issue. Other top Republicans in the House, as well as former President Donald Trump, have coalesced around Stefanik, R-N.Y., for the role as the party seeks to expel Cheney, an outspoken critic of Trump’s lies about the 2020 election, from leadership.

Asked if he has the votes to remove Cheney, McCarthy didn’t provide an answer but said that, “Leadership serves at the pleasure of the conference.” He said that Democrats are “destroying” the U.S. with their “expansion of government” and “socialist liberal agenda.”

“We need to be united and that starts with leadership. That’s why we will have a vote next week and we want to be united in looking, moving forward,” he said.

McCarthy again dismissed the idea that members are upset with Cheney for speaking out against Trump’s election lies and argued that she isn’t serving as a strong messenger of the GOP platform.

A vote to replace Cheney could happen as soon as Wednesday when House Republicans are expected to meet behind closed doors.

House Minority Whip Steve Scalise publicly backed Stefanik last week. Trump previously said in a statement that Cheney “has no business” in GOP leadership, adding Stefanik “is a far superior choice, and she has my COMPLETE and TOTAL Endorsement for GOP Conference Chair.”

Stefanik, who went to Congress as a moderate, has been an outspoken Trump booster, echoing his groundless claims about the election’s illegitimacy.

“While embracing or ignoring Trump’s statements might seem attractive to some for fundraising and political purposes, that approach will do profound long-term damage to our party and our country.”

Republicans “need to stand for genuinely conservative principles, and steer away from the dangerous and anti-democratic Trump cult of personality,” she wrote.

“We must be brave enough to defend the basic principles that underpin and protect our freedom and our democratic process,” she said. “I am committed to doing that, no matter what the short-term political consequences might be.” 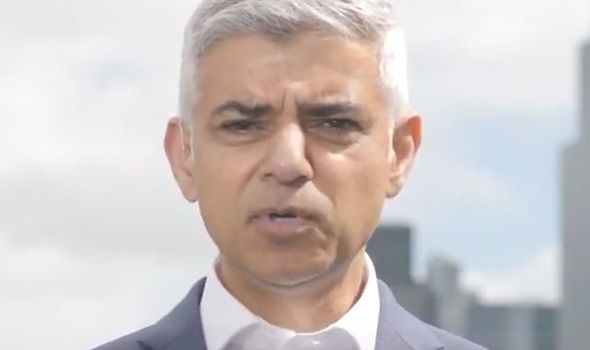 SADIQ KHAN was quick to come to the aid of Angela Rayner who was dumped as party chair following disastrous Labour election results.

How Trump ignited the fight over critical race theory in schools

Election results 2021: What they mean for Labour, the Tories and the SNP