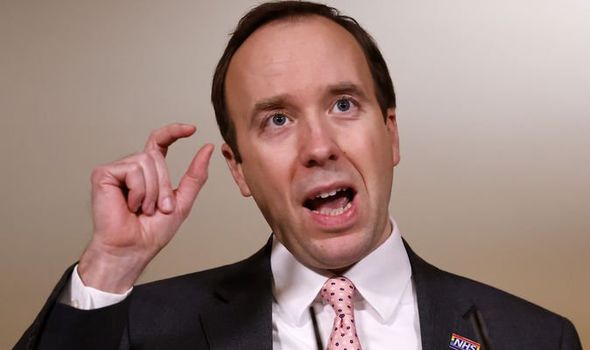 BORIS Johnson’s officials have defended Matt Hancock in a row over his ownership of shares in a firm that won NHS contracts.

End reliance on EU! UK must become self-reliant to avoid being at bloc's mercy on vaccines 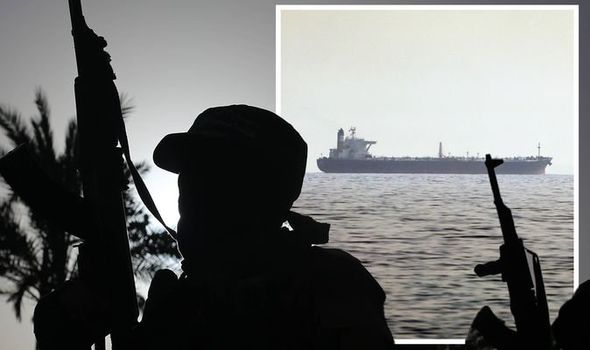 HAMAS militants have attacked an Israeli battleship off the coast of the Gaza Strip as fears of an all-out war erupting edge closer.

No sign of Israel, Gaza violence abating amid calls for end to bloodshed

The Israeli military continued to pound the Gaza strip early Monday, a day after dozens of Palestinians were killed in Israeli air raids and amid growing international calls for an end to the bloodshed.

The Israeli military said 54 fighter jets had struck underground tunnels used by Hamas in the northern Gaza Strip, hitting what it described as 35 terror targets and roughly 9 miles of tunnels.

There were no official reports of the number of casualties from the latest strikes the day after 42 Palestinians were killed in a series of air raids Sunday — the deadliest day yet in the escalating violence between Israel and the Hamas militant group that rules Gaza.

The Gaza Health ministry has put the death toll in the densely populated enclave of two million Palestinians at 197, including 58 children and 34 women, over the last week. Ten people have been killed in Israel, Israeli authorities have said.

So far more than 3,000 rockets have been fired from the Gaza strip at Israeli territory. The Iron Dome air defense system has intercepted approximately 90 percent of the rockets, the military said.

Over the weekend, the escalating violence prompted United Nations Security Council diplomats and Muslim foreign ministers to hold emergency meetings with representatives calling for an end to the civilian bloodshed.

U.N. Secretary-General António Guterres described the violence as “appalling” and called on the fighting to “stop immediately.”

United States Ambassador to the U.N., Linda Thomas-Greenfield told the Security Council meeting that the U.S. had been working “tirelessly” to try to bring an end to the conflict.

“The United States has made clear that we are prepared to lend our support and good offices should the parties seek a ceasefire,” she said.

Pressure is mounting on the U.S., Israel’s most important and powerful ally, for more action on the crisis. U.S. Department of State envoy Hady Amr has been dispatched to the region for de-escalation talks, while Biden has also reaffirmed the U.S.’ staunch support for Israel’s right to defend itself from rocket attacks from Gaza.

In the U.S., Jon Ossoff, D-Ga., led a group of 29 senators calling for an immediate ceasefire agreement to prevent further loss of life. Last week, a handful of progressive Democrats criticized the administration’s handling of the crisis and called on it to elevate support for the Palestinian cause from the fringes to the mainstream.

Regardless of pressure on Israel, or indeed the United States, a ceasefire currently feels a ways off.

Prime Minister Benjamin Netanyahu said Sunday that Israel planned to continue its military operation against Hamas “at full force” despite any “international pressures.”

The latest aerial back-and-forth began a week ago Monday following escalating tensions in Jerusalem in recent weeks. A focus of the tension was the Al-Aqsa Mosque compound in east Jerusalem that is revered by both Muslims and Jews, as well as the threatened eviction of dozens of Palestinian families by Jewish settlers.

Saphora Smith is a London-based reporter for NBC News Digital. 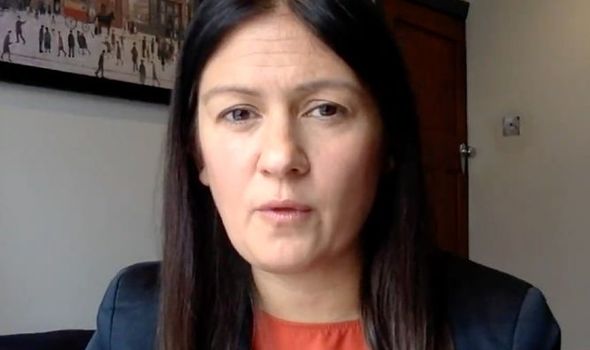 LISA NANDY erupted at “disgusting” anti-vaxxer activists who are spreading disinformation about coronavirus.

Brits are now allowed to take vacations abroad — but with restrictions

No sign of Israel, Gaza violence abating amid calls for end to bloodshed