WASHINGTON — A lot has changed in the nearly 100 days since the violent Jan. 6 attack on the U.S. Capitol.

Some 370 Americans have been charged for their roles in the attack. An outgoing president was impeached and ultimately acquitted. Members of Congress say it’s more difficult to work across the aisle with those who voted to object the Electoral College results. And one member — Rep. Dan Kildee, D-Mich. — tells NBC’s Hallie Jackson that he’s suffered from post-traumatic stress from that day.

But a lot hasn’t changed since Jan. 6.

There’s still been no creation of a 9/11-style commission to study what happened.

There’s also been no official account of former President Trump’s activity from the White House after the attack started.

Trump continues to be unmoved, telling GOP donors over the weekend that he was “so disappointed” that former Vice President Pence certified the election results, as well as praising those who attended his “Save America” rally on Jan. 6 before the Capitol was stormed, NBC’s Monica Alba reports.

And Trump remains the unofficial leader of the Republican Party, doling out endorsements and delivering speeches to donors and activists.

A month after the Jan. 6 attack, we wrote that the two political parties have had two vastly different reactions to that day — with Democrats haunted by it, and with Republicans largely moving on (despite some exceptions like Rep. Liz Cheney, R-Wyo.)

And the result, almost 100 days later, is a Congress and Washington that have no shared memory of Jan. 6, and that have taken no collective course of action to prevent it from happening again.

Those divisions and differing attitudes about Jan. 6 provide part of the backdrop to today’s bipartisan meeting at the White House to discuss President Biden’s $2 trillion infrastructure/jobs bill.

Meanwhile, NBC’s Garrett Haake reports that the Senate Republican Conference is out with their talking points opposing Biden’s infrastructure package.

The topline attack you’re going to hear from them: The package is a “slush fund” for liberal priorities, and it will kill jobs.

Two weeks after the trial started for the ex police officer charged with murder in George Floyd’s death, protests in Minneapolis area after police in Brooklyn Center shot Daunte Wright, 20, when he got back into his car during a traffic stop. https://t.co/11OdNOAyKw

More than 400: The number of Senate-confirmed positions for which Biden has not yet put forward a nominee.

31,330,430: The number of confirmed cases of coronavirus in the United States, per the most recent data from NBC News and health officials. (That’s 194,535 more than Friday morning.)

566,097: The number of deaths in the United States from the virus so far, per the most recent data from NBC News. (That’s 1,905 more than Friday morning.)

19.9 percent: The share of Americans who are fully vaccinated.

17: The number of days left for Biden to reach his 100-day vaccination goal.

More: “The group discussed numerous options to push back against the Republican-led efforts to restrict access to the ballot box, including pulling their donations, refusing to move business or jobs to states that pass restrictive measures, and relocating events, said one of the call’s organizers, Jeffrey Sonnenfeld.”

“‘It was incredibly concrete,’ said Sonnenfeld, a professor at the Yale School of Management.”

The meeting was first reported Sunday by The Wall Street Journal.

And the number of the week is … 9 percentage points

Don’t miss the pod from over the weekend, when we looked at the share of Americans who now identify with each party, according to Gallup.

Congress is back from a two-week recess this week, with Democrats facing an even narrower majority than before.

Some immigration advocates worry that the voting bill being pushed by Democrats in Washington might inadvertently hurt non-citizens who are in the country legally.

Biden’s infrastructure push is prompting a flurry of lobbying.

What’s next for Democratic action on health care?

One candidate in the Texas special House election is earning the ire of his former colleagues in the Trump administration.

Iran is blaming Israel for a blackout at an Iranian nuclear enrichment site. 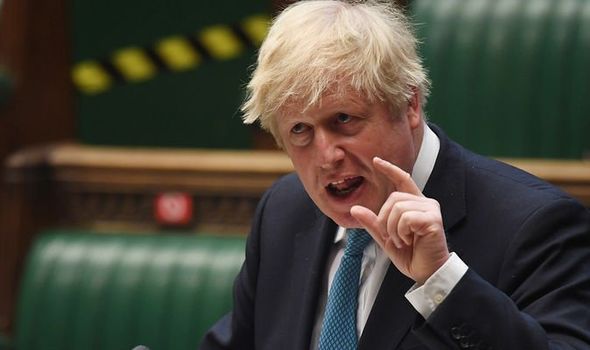 BORIS JOHNSON’S Government is expected to make good on his promise to “level up” the UK with a new task force. 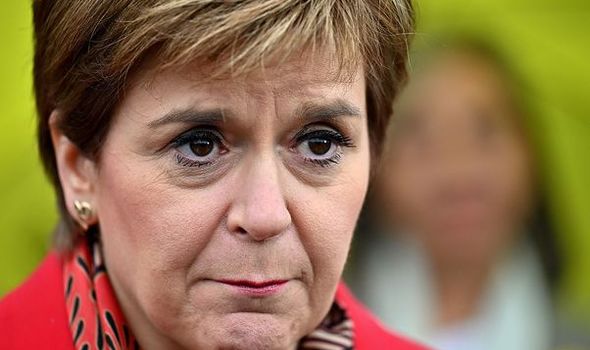 A group of more than 100 influential Republicans and others plans to release a call for reforms within the GOP and a threat to form a new party if change isn’t forthcoming, according to a person familiar with the effort.

The statement, set to be released Thursday, involves a “Call for American Renewal,” a credo that declares to “either reimagine a party dedicated to our founding ideals or else hasten the creation of such an alternative,” and a set of 13 yet-to-be-revealed principles that the signatories want to see the GOP embrace.

This is not the first group to form as the pro-Trump and traditional conservative factions of the Republican party remain at loggerheads. The new effort comes as a vote looms that is expected to oust Rep. Liz Cheney, R-Wyo., from the House Republican No. 3 leadership spot for her refusal to stay silent about former President Donald Trump’s repeated election lies and his role in the Jan. 6 riot.

The move was first reported by Reuters, which cites some of the people involved: Christine Todd Whitman, Tom Ridge, former Transportation Secretary Mary Peters and former GOP Reps. Charlie Dent of Pennsylvania, Barbara Comstock of Virginia, Reid Ribble of Wisconsin and Mickey Edwards of Oklahoma. Evan McMullin, a former CIA agent who ran as an independent during the 2016 presidential election, is also involved.

A push to try to channel anti-Trump sentiment with the “Never Trump” movement in the spring of 2016 was largely unsuccessful at the time, and none of the names backing this latest effort are currently serving as elected Republicans. However, it does come as Trump’s pull within his own party appears to have lessened. A recent NBC News poll found that 44 percent of Republicans said they support Trump more than the GOP, versus 50 percent who said they support the GOP more than the former president.

One of the organizers is Miles Taylor, a former Trump official who wrote the then-anonymous op-ed blasting the former Trump administration.

“We’re going give the GOP one last chance to get its act together and moderate, but we’re not going to hold our breath,” Taylor told NBC News. “We’re ready to get out there and fight against the radical elements in the party to try to excise those elements from within the GOP and our national politics, and to try to invest in the deeper pro-democracy bench.”

Taylor suggested this nascent movement will work to back candidates who support their principles, whether they be moderates or independents.

“Enough is enough, and the GOP has had enough time to decide whether it’s going to separate itself from a man who is a chronic loser,” he said, referring to Trump, predicting a “raging civil war” if the rest of the party doesn’t get on board.

Parents of exceptionally resilient and smart kids do these 7 things, says psychologist