“I trust vaccines, I trust scientists, but I don’t trust Donald Trump,” Biden said during a speech in Wilmington, Delaware.

Trump has repeatedly pledged to “produce a vaccine in record time,” and has suggested that one could be ready shortly before Election Day. That prediction has contradicted the timeline that many health experts have said is realistic.

Several vaccine candidates have entered the final stage of testing in the U.S. The Centers for Disease Control and Prevention said earlier this month that states should begin preparing for a “large-scale” distribution of COVID-19 vaccines by Nov. 1 — two days before the presidential election — while the head of the Food and Drug Administration has raised the possibility the agency could use its emergency authority to quickly approve a vaccine before clinical trials end. Those directives have led numerous Trump critics to question whether they were made due to political interference by the White House.

Earlier Wednesday, the director of the Centers for Disease Control and Prevention said coronavirus vaccines won’t be widely available until mid-2021.

Biden on Wednesday repeated his message that, “We can’t allow politics to interfere with the vaccine in any way” and pointed to dubious statements Trump has made in the past that are not all backed up by science.

“He doesn’t have any respect for science,” Biden said.

In April, Trump suggested that people should consider an “injection of disinfectant to beat COVID-19 — an idea that experts immediately rejected as irresponsible and dangerous. In 2019, Axios reported that Trump had, during a meeting with top officials, raised the possibility of using nuclear weapons to destroy hurricanes.

Biden, meanwhile, has repeatedly said that the White House must ensure the public that the coronavirus vaccines are safe and that the decision to approve them was driven by science, not politics.

Those demands have prompted Trump to attack Biden and his running mate Kamala Harris — who said she would also not solely trust Trump’s word about the safety of any vaccine that was rolled out to the public before the election — by portraying them as anti-vaxxers. 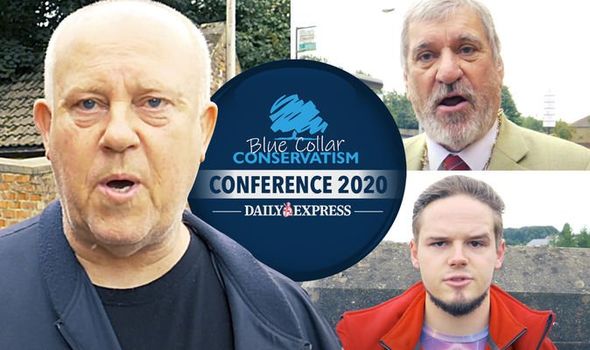 VOTERS in Sedgefield, County Durham, have lambasted “mediaeval” Labour MPs who were booted out from the so-called northern Red Wall as they explained why they turned Blue at the last general election.

Five things to watch for

CLEVELAND — The first debate of the 2020 presidential election is one of President Donald Trump’s last best chances to shake up a race that Democrat Joe Biden is leading.

The polling has so far seemed largely impervious to news events, with Biden’s lead staying consistent through a pandemic, Supreme Court fight and more, and the president is running out of time to change that dynamic with just five weeks left until Election Day.

The debate is expected to draw an audience of up to 100 million, making it a rare political moment in which the public’s attention will be fixed to the same political event for 90 minutes, largely unfiltered by partisan or ideological media outlets.

Here are five things to watch:

Biden and Trump have, in some ways, been preparing for this moment their entire adult lives — just in very different ways.

Biden spent decades in the Senate, with its rules and reverence, while Trump came up in the world of tabloids and reality TV, with its ruthless irreverence. Biden has cleared his schedule to prepare diligently with binders and mock debate sessions with advisers, while Trump is reported to have proudly eschewed traditional debate prep. He and his advisers say he prepares for the event every day on the job as president and in his frequent and often contentious press conferences.

Trump’s untraditional style was what drew many Americans in the first place, and he’s often mocked stiff-shirted politicians by joking at rallies that he could be presidential — if he wanted to.

But Biden’s camp believes voters are growing tired of the Trump show and the former vice president is hoping to model a more stable, experienced and compassionate alternative to Trump, believing the contrast in styles will speak as loudly as anything either candidate says.

Either Trump, 74 or Biden, 77, would be the oldest president in American history on Inauguration Day, Jan. 20, 2021, and both have accused the other of losing a step.

Trump has made an issue of Biden’s verbal flubs and malaprops, with the president and his allies essentially suggesting that the former vice president is in mental decline and can barely string together a coherent sentence without a teleprompter. A major senior moment from Biden could be devastating.

Biden allies have fired back at Trump by making similar, if less pointed, claims, singling out moments such as his unannounced visit to Walter Reed medical center last year. But Trump has been far more visible than Biden in recent months, holding regular campaign rallies and appearing at the White House nearly every day, while Biden has been holding fewer and more virtual events, so it’s been harder for Democrats to sell the idea that Trump is not physically up to the job.

The president has spent the past few months trying out different narratives against Biden, but nothing has seemed to stick.

He went after Biden’s son, Hunter, and the work he did in Ukraine that Trump insists is corrupt and nepotistic, though fact-checkers have undercut those claims. He made Biden’s mental fitness a centerpiece for a while. Then he accused the former vice president of being a “trojan horse” for far-left radicals.

As racial justice protests broke out in the wake of the killing of George Floyd, Trump made law and order the main message of the Republican National Convention. When polling showed that broadside falling flat, Trump accused Biden of being too soft on China.

The Trump campaign released a list of 17 questions Tuesday morning that they say Biden needs to answer during the debate, the first of which was on Hunter Biden.

Campaigns are often most effective when they pick one of attack on an opponent and hammer it incessantly. Will Trump just throw the kitchen sink at Biden? Or will he have something new?

Nothing is out of bounds for Trump, especially when his back is against the wall. He brought women who accused Bill Clinton of sexual assault to a debate with Hillary Clinton days after the release of the Access Hollywood tape that recorded Trump joking about grabbing women’s genitalia.

The president is now behind in the polls and faced another bombshell on the eve of the debate when The New York Times obtained his tax information and reported he paid next to nothing in income tax and owes over $400 million in debt.

For his part, Biden has his own temper — especially when his family is attacked, and Democrats have argued about whether he should show restraint or let his righteous indignation fly. While many Democrats would like to see the latter, it would undercut Biden’s desire to contrast with Trump’s style.

“They asked me would I like to debate this gentleman (Trump), and I said no. I said, ‘If we were in high school, I’d take him behind the gym and beat the hell out of him,'” Biden joked to a crowd of college Democrats two years ago.

5. A referendum or a choice?

Both camps have been trying to bend the election in either direction for months, but this will be the first time the two men will directly confront each other. Trump will try to downplay the COVID crisis and turn attention to Biden’s record, while Biden will try to brush aside those attacks and keep the focus on the person who has power now.

Who will succeed in setting the terms of the debate? 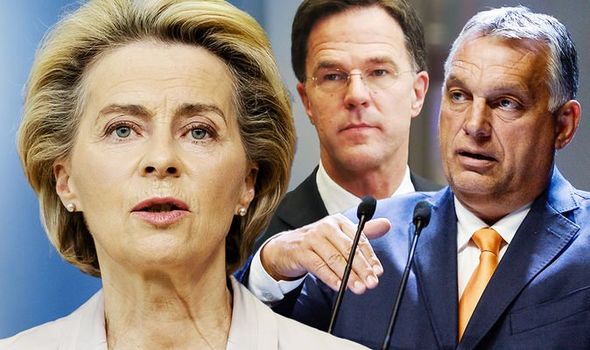 THE European Union’s huge coronavirus bailout fund could be hit by devastating delays after capitals clashed on plans to make access to the scheme conditional on good behaviour.

Five things to watch for