Bill Evanina, a former FBI agent who is leading election security efforts at the Office of the Director of National Intelligence, provided new information about what U.S. intelligence analysts have determined regarding the election interference goals of China, Russia and Iran.

Evanina said the Russians, in a reprise of the 2016 presidential election, were once again trying to help Trump by sabotaging his opponent.

“We assess that Russia is using a range of measures to primarily denigrate former Vice President Biden and what it sees as an anti-Russia ‘establishment,'” Evanina said, adding that a pro-Russia Ukrainian parliamentarian, Andriy Derkach “is spreading claims about corruption — including through publicizing leaked phone calls — to undermine former Vice President Biden’s candidacy and the Democratic Party.”

Evanina added that “some Kremlin-linked actors are also seeking to boost President Trump’s candidacy on social media and Russian television.”

Derkach has met with Trump’s personal lawyer, Rudy Giuliani, to discuss his claims about Biden, and a Republican senator, Ron Johnson of Wisconsin, has sought to draw attention to those claims in congressional inquiries.

The statement by Evanina marks the most detailed assessment yet by a Trump appointee of Russian activities designed to damage Trump’s opponent and boost his election prospects. Trump has dismissed the idea that Russia tried to help him, and at times has questioned whether Russia intervened in the 2016 election at all.

In a statement, National Security Council spokesman John Ullyot said, “As the President has said, the United States will not tolerate foreign interference in our electoral processes and will respond to malicious foreign threats that target our democratic institutions.”

“President Trump and this Administration continue to demonstrate an enduring commitment to protecting the integrity of United States elections. The United States is working to identify and disrupt foreign influence efforts targeting our political system, including efforts designed to suppress voter turnout or undermine public confidence in the integrity of our elections.”

The Trump campaign also responded to the release of the intelligence assessment. “We don’t need or want foreign interference, and President Trump will beat Joe Biden fair and square,” said the campaign. “The intelligence community’s assessment that both China and Iran are trying to stop President Trump’s re-election is concerning, but clearly because he has held them accountable after years of coddling by politicians like Joe Biden.”

Evanina wrote that China, which intelligence officials say does not interfere as actively or as purposely as Russia, “prefers that President Trump — whom Beijing sees as unpredictable — does not win reelection.”

“China has been expanding its influence efforts ahead of November 2020 to shape the policy environment in the United States, pressure political figures it views as opposed to China’s interests, and deflect and counter criticism of China,” Evanina added.

Iran, he said, “seeks to undermine U.S. democratic institutions, President Trump, and to divide the country in advance of the 2020 elections.”

Iran will do so, he said, by “spreading disinformation on social media and recirculating anti-U.S. content. Tehran’s motivation to conduct such activities is, in part, driven by a perception that President Trump’s reelection would result in a continuation of U.S. pressure on Iran in an effort to foment regime change.”

Evanina’s statement did not describe Russia and China’s activities in similar detail.

As a general matter, he said, foreign governments “will continue to use covert and overt influence measures in their attempts to sway U.S. voters’ preferences and perspectives, shift U.S. policies, increase discord in the United States, and undermine the American people’s confidence in our democratic process.”

These campaigns “may also seek to compromise our election infrastructure for a range of possible purposes, such as interfering with the voting process, stealing sensitive data, or calling into question the validity of the election results,” he added, but “it would be difficult for our adversaries to interfere with or manipulate voting results at scale.”

The heads of the Senate Intelligence Committee issued a bipartisan statement praising Evanina’s disclosures. That was in contrast to the reaction to a far less detailed statement Evanina released last month, after which Democrats accused him of underplaying the threat from Russia.

“NCSC Director Evanina’s statement today builds on and provides additional context to his previous statement two weeks ago,” said the statement from acting chairman Marco Rubio, R-Fla., and vice chairman Mark Warner, D-Va. “We thank him for providing this additional information to the American people, and we look forward to his continued engagement, along with other members of the Intelligence Community and the Administration, with the public over the next 87 days.”

Rubio and Warner added: “Evanina’s statement highlights some of the serious and ongoing threats to our election from China, Russia, and Iran. Everyone — from the voting public, local officials, and members of Congress — needs to be aware of these threats. And all of us should endeavor to prevent outside actors from being able to interfere in our elections, influence our politics, and undermine confidence in our democratic institutions.” 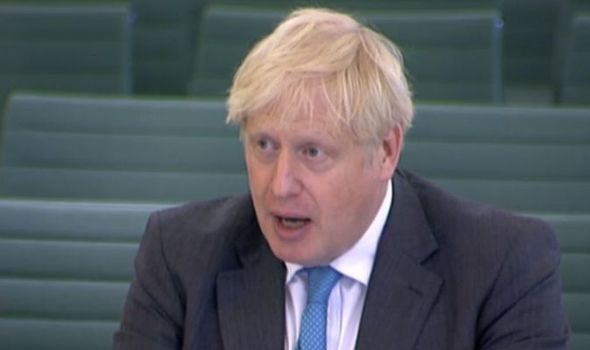 BORIS JOHNSON has admitted that the UK does not have testing capacity for the increasing number of coronavirus infections.

McBride, who interned at the White House during President Barack Obama’s administration, made history at the 2016 Democratic National Convention by becoming the first transgender person to speak at a major party convention. She later served as national press secretary for the Human Rights Campaign.

McBride defeated Joseph McCole on Tuesday to advance to the November general election. The Senate district in contention stretches from northern Wilmington to the Pennsylvania border, and has been held by Democrat Harris McDowell since 1976. McDowell, who is retiring and endorsed McBride, is the longest-serving legislator in Delaware history.

Democrats outnumber Republicans in the district by more than 3-to-1, and McBride is the heavy favorite against Republican Steve Washington in November.

If elected, McBride would join a handful of other transgender legislators around the country but would be the first transgender state senator.

“I’m bringing my whole self to this race,” McBride told The Associated Press in an interview before Tuesday’s primary. “My identity is one part of who I am, but it’s just one part.”

McBride’s campaign has generated interest from around the country and more than $250,000 in donations, eclipsing fundraising totals even for candidates for statewide office in Delaware.

McBride’s priorities include paid family and medical leave for all workers, reducing costs and increasing competition in the health care industry, and strengthening public schools.

After serving as student body president at American University, McBride started in politics as a volunteer for Matt Denn during his successful 2004 campaign for attorney general. Denn and McBride’s father both worked at a Wilmington law firm known for its close ties to the Democratic Party establishment.

“Next year, as the first transgender state senator in our nation, Sarah will show that any child can achieve their dream, no matter their gender identity or sexual orientation,” said Human Rights Campaign president Alphonso David.

'Wide of the mark!’ UK furious at Barnier's claim Brexit move is fuelled by COVID failures 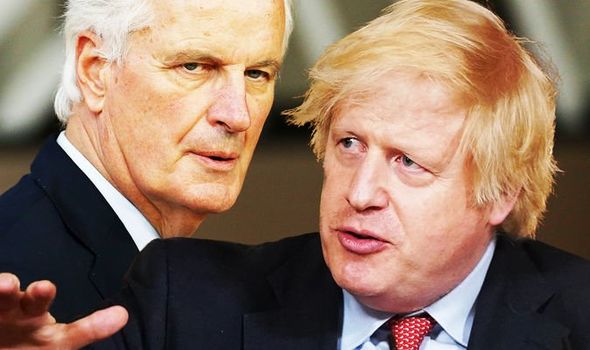 BRITISH officials have hit back at Michel Barnier’s claim they have whipped up a Brexit storm to detract form the Government’s handling of the coronavirus pandemic.

'Wide of the mark!’ UK furious at Barnier's claim Brexit move is fuelled by COVID failures

Why politics have exploded on the video platform