WASHINGTON — House Democrats on Tuesday unveiled articles of impeachment against President Donald Trump about two and a half months after Speaker Nancy Pelosi, D-Calif., first announced a formal impeachment inquiry into the president.

Judiciary Committee Chairman Jerry Nadler, D-N.Y., announced that his committee will consider two articles of impeachment — one for abuse of power and the other for obstruction of Congress — charging Trump “with committing high crimes and misdemeanors.”

Nadler said the articles of impeachment were being filed in response to Trump allegedly soliciting foreign interference in the 2020 election, compromising national security, threatening the integrity of the upcoming election and concealing evidence from Congress and the American people. Trump, he said, violated his oath of office.

“Wherefore President Trump, by such conduct, has demonstrated that he will remain a threat to national security and the Constitution if allowed to remain in office and has acted in a manner grossly incompatible with self-governance and the rule of law,” the articles read. “President Trump thus warrants impeachment and trial, removal from office, and disqualification to hold and enjoy any office of honor, trust, or profit under the United States.”

The second article, focused on obstructing Congress, states that Trump’s conduct violated his oath of office and the Constitution, and that through that alleged obstruction, the president “sought to arrogate to himself the right to determine the propriety, scope, and nature of an impeachment inquiry into his own conduct, as well as the unilateral prerogative to deny any and all information to the” House.

The articles are expected to be considered in the House Judiciary Committee this week and voted on soon after, which would send them to the floor for a vote on impeachment by the full House, possibly this month. If one or more of the articles pass, the Senate would then hold a trial to consider removing Trump. That would take a vote by at least two thirds of the Senate, most likely some time in January.

Trump, Nadler said, exercised “the powers of his public office to obtain an improper personal benefit” and engaged in “indiscriminate defiance of the impeachment inquiry.”

Trump fired back within an hour of the announcement, tweeting, “WITCH HUNT!”

“Nadler just said that I ‘pressured Ukraine to interfere in our 2020 Election,'” Trump wrote. “Ridiculous, and he knows that is not true. Both the President & Foreign Minister of Ukraine said, many times, that there “WAS NO PRESSURE.” Nadler and the Dems know this, but refuse to acknowledge!”

He later told reporters again that the White House “did nothing wrong.”

“The president’s oath of office appears to mean very little to him,” Schiff added, citing Trump’s chief of staff Mick Mulvaney’s October call to “get over it” when asked about whether there was any link between the president’s push for Ukrainian investigations and the withholding of nearly $400 million in military aid to that country. Mulvaney later walked back his comments.

Trump blasted Schiff on Twitter, calling him a “totally corrupt politician.” The president also pointed to the call summary of his July 25 conversation with Zelenskiy, saying when he asked Zelenskiy to do “us” a favor and probe Democrats, the president was talking about the country and not himself.

Speaking at the Wall Street Journal CEO Council Forum on Tuesday, Mulvaney said the articles of impeachment “should surprise nobody,” adding that “politics can and should influence foreign policy and hopefully always will.”

The White House, the Trump campaign and their allies swiftly pushed back too. White House press secretary Stephanie Grisham called the articles of impeachment “baseless” and said Trump “will address these false charges in the Senate and expects to be fully exonerated, because he did nothing wrong.”

Brad Parscale, Trump’s campaign manager, said in a statement that Democrats “are putting on this political theater because they don’t have a viable candidate for 2020 and they know it.” Ronna McDaniel, chairwoman of the Republican National Committee, said Pelosi “can invent whatever false charges she wants, but the American people see this for what it is: yet another partisan attempt to overthrow a duly-elected president and rob voters of the chance to re-elect him in 2020.”

Rep. Jim Jordan, R-Ohio, a top Trump ally who sits on the Judiciary and Oversight committees, said in a statement that the articles of impeachment were “the product of a baseless attempt to upend the will of the people less than 11 months before the next election.”

“The Democrats’ impeachment effort is a miscarriage of the House of Representatives’ constitutional obligations and marks a shameful chapter in American history,” he added.

The announcement comes a day after the Judiciary Committee held its second public impeachment hearing, in which lawyers for the Democrats and the Republicans took turns summarizing the cases they’ve built. NBC News reported Monday night that Democrats had settled on bringing two articles of impeachment against the president.

The impeachment inquiry began after Congress was made aware of a whistleblower complaint alleging that Trump was soliciting foreign interference in 2020. That led to the White House releasing the summary of the July 25 call between Trump and Zelenskiy, which showed Trump asking his counterpart to investigate former Vice President Joe Biden and his son Hunter, and a debunked conspiracy about the 2016 election.

Multiple current and former Trump administration officials testified before the impeachment probe, but the administration has so far refused to provide investigators with a trove of documents, as well as allow several firsthand witnesses, such as Mulvaney, to testify.

With Congress slated to leave Washington by the end of next week, Democrats are expected to move swiftly to hold a vote in the Judiciary Committee to adopt and recommend the articles to the House for a floor vote before the holiday break.

Democrats had been wrestling with whether to make the articles narrow, focusing only on the president’s alleged misconduct in Ukraine, or expanding them to include issues such as obstruction of justice, raised in former special counsel Robert Mueller’s Russia report, or alleged violations of the emoluments clause of the Constitution.

Rep. Gerry Connolly, D-Va., signaled Tuesday that he was disappointed not to see an article on obstruction of justice.

“I will vote for the two articles of impeachment,” he said, though he joked, “But I would also vote for third…It’s a matter of public record — I’ve said, I think one of the articles should be obstruction of justice.”

Rep. Pramila Jayapal, D-Wash., a co-chair of the Congressional Progressive Caucus, told reporters Tuesday that she wished Trump had cooperated with the inquiry.

“I wish we had the president testifying,” she said. “They keep shouting about process and yet they’ve engaged not at all. They have not submitted — it’s unprecedented the president’s obstruction of Congress. They have not given us any documents, he hasn’t allowed anybody to come and testify.”

Brexit delay climbdown: EU finally admits it has to do a deal with UK in 12 months 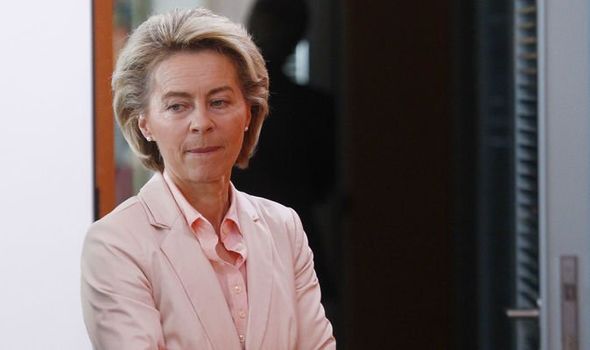 BRUSSELS has finally admitted defeat as a senior official has revealed the EU are now bound by law to finalise a Brexit deal with Britain in 12 months despite relentless attempts to wriggle their way out of an agreement.

White House counsel Pat Cipollone said that Democrats and Rep. Adam Schiff made “false allegations” about President Trump’s phone calls with the president of Ukraine in the impeachment inquiry. 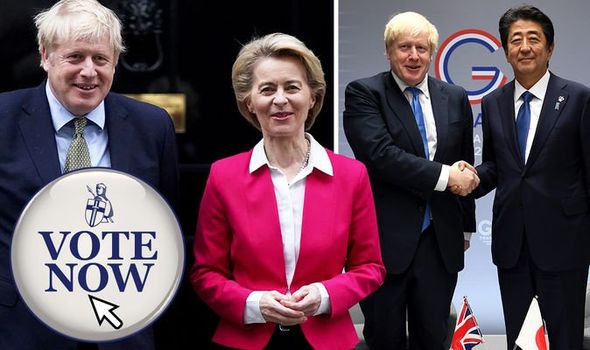 BREXIT trade talks will begin the moment Britain finally quits the EU next week, but which deals should Boris Johnson prioritise?

Brexit delay climbdown: EU finally admits it has to do a deal with UK in 12 months

ECB policy review an opportunity to ‘reconnect with citizens’