One of the Republican themes during the impeachment hearing Wednesday was that the witnesses — top U.S. diplomat in Ukraine Bill Taylor and senior State Department official George Kent — were not credible because they were relaying, in some instances, second-, third- or even fourth-hand information.

In court, such testimony might be barred as “hearsay” — defined as an out-of-court statement that a party offers as evidence to prove the truth of the matter being asserted. Hearsay is generally inadmissible. But hearsay is a rule of evidence, applying only to court proceedings, and even then with so many exceptions that it’s often admissible anyway.

First, hearsay is admissible in many government settings, including administrative proceedings, parole hearings, and preliminary hearings in a criminal case; a congressional hearing is not even a court, so it’s not governed by the rule of evidence that makes hearsay inadmissible.

Even within the context of court proceedings, the hearsay rule is riddled with exceptions; there are well over 30 situations where a statement might resemble or be hearsay but is considered reliable enough anyway to be allowed into evidence. Some of these exclusions, like that of “excited utterance” (which admits hearsay on the premise that people are more likely to shout out the truth when they’re startled than when they are calm) are ridiculous.

Others make sense: An out-of-court statement admitted to show its effect on the hearer, for example, is not considered admissible “non-hearsay.” A statement such as, “President Donald Trump said Hunter Biden should be investigated for corruption,” cannot be offered to prove the alleged truth of what was said (that Biden is corrupt), but it may offered to prove the hearer’s reaction — for example, to show that someone hearing it was alarmed or afraid.

In extortion cases, a victim’s statement indicating fear of the defendant is admissible to prove the fear element of extortion, which is crucial to proving the crime. What others said to victims likewise is admitted not for its truth, but because the victim heard it, and the statement would have produced fear. (From a procedural standpoint, the distinction here is a little tricky; that same admissible evidence of the victim’s fear is inadmissible to show that the defendant actually made the threat or used the victim’s fear.)

As another exception to the hearsay rule, a leader’s demand might not be capable of being “true” (or false, for that matter), and without that assertion of truth, it’s not barred. Trump’s request to the Ukrainian president on the July 25 phone call included, among other things, “whatever you can do with the attorney general [William Barr] would be great,” referring to investigating former Vice President Joe Biden and his son Hunter. Such requests would be admissible because it doesn’t contain an assertion of truth.

The takeaway is this: Hearsay generally is unreliable and inadmissible, but it’s often very reliable and very admissible; it’s barred in courts, but not all courts and not all the time. Outside of court, such as in a congressional hearing, hearsay might have reliability concerns, but depending on context and circumstantial evidence, it’s often believable.

General election news: MP nominations deadline – How to find who is nominated in YOUR area 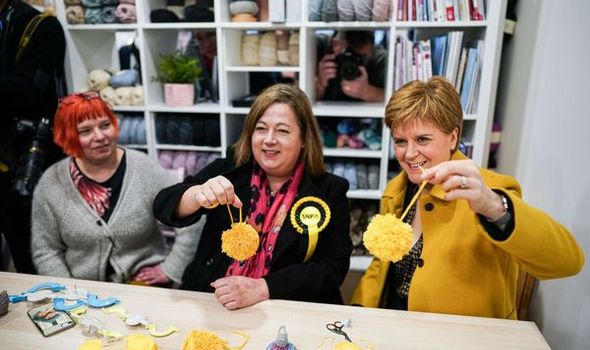