The president’s pitch to Hispanic voters seemed to silo them off from the rest of the electorate, including the rally crowd (“We love our Hispanics.”) It featured an assertion that they had a greater understanding of the source of the drug problem than other Americans. And it included a section in which Trump wondered how CNN contributor Steve Cortes could be Hispanic even though, the president said, he appeared to be of Northern European descent.

“He happens to be Hispanic, but I never quite figured it out because he looks more like a WASP than I do,” Trump said of Cortes, who was in the audience.

From the stage, he asked Cortes: “Who do you love more, the country or Hispanics?” Cortes appeared to mouth “country,” to which Trump replied “I don’t know. I may have to go for the Hispanics, to be honest with you. We got a lot of Hispanics.”

Trump later said Hispanics should support him and his efforts to build a border wall because they understand the roots of the drug problem better than other voters.

“And at the center of America’s drug crisis, this is where the Hispanics know it better than anybody, people said, ‘Oh, the Hispanics won’t like a wall.’ I said, ‘I think they are going to love it,'” said Trump. ‘They won’t like border security.’ ‘I think they’re going to love.’ You know why? Because you understand it better than other people, but at the whole center of this crisis is the drugs that are pouring in, and you understand that when other people don’t understand it.”

“Nobody loves the Hispanics more,” Trump told the crowd. “We love our Hispanics, get out and vote.”

Red, white and green “Latinos for Trump” signs littered the crowd, with a directive to text “VAMOS” to the campaign number on the back. New Mexico’s population is nearly 50 percent Hispanic, according to the Census Bureau.

Trump was working on his 2020 campaign insurance policy with the Monday night trip to New Mexico, making a risky bet he could pick up a state he lost by 8 points, where Republicans suffered significant defeats in last year’s midterm elections.

“How do I lose New Mexico? Explain that one,” Trump asked the crowd as he touted his support from Hispanics, who make up about half of the state’s population.

Republican campaign strategists acknowledge that the president, who narrowly won a handful of swing states to propel himself to the White House, needs to work on a backup plan for 2020 to win over voters in states he lost in 2016 — an insurance policy, should other battlegrounds flip in favor of his Democratic opponent.

That has the campaign looking to states like New Mexico, New Hampshire, Nevada and Minnesota to potentially make up the difference with the extra time and money they have while Democrats battle it out over who their nominee will be. Picking up those three states, for example, would offset the loss of Wisconsin, where polls show Trump trailing in potential head-to-head matchups.

During his presidency, Trump has rarely traveled to states he didn’t win, though that has been starting to change. He held a rally in August in New Hampshire, where he claimed without evidence that he would have won there had it not been for alleged illegal voting in the state.

It’s a strategy that’s less a fight for available swing states than a push to turn tough terrain into battleground territory in the first place. For instance: New Mexico, with five Electoral College votes, hasn’t backed Republican for president since 2004, when then-President George W. Bush narrowly edged out John Kerry.

And Republicans suffered significant losses in three other states that share a border with Mexico — California, Texas and Arizona — as Trump made a migrant caravan coming up from Mexico a central piece of his closing arguments for the midterm election.

Still, Trump campaign manager Brad Parscale maintained ahead of the president’s visit that the administration’s policies on issues such as immigration and trade were resonating with residents of this border state — and continued to claim the campaign had data suggesting strength here, and support from Latinos.

Monday’s rally kicked off a three-day West Coast swing for the president, who planned to travel Tuesday to California for fundraising events and return to Washington on Wednesday. Here are five questions to ask when analyzing political polls 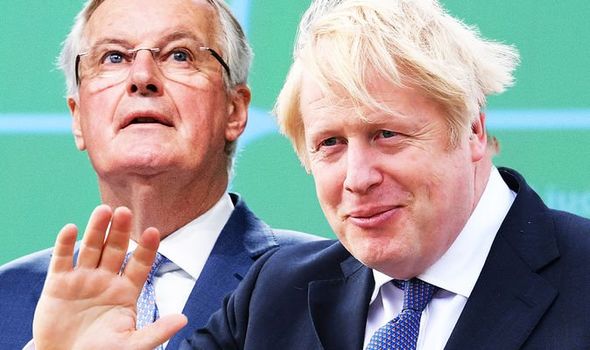 DOWNING Street has mocked the European Union for its bizarre behaviour in the run-up to Brexit trade talks. LAS VEGAS — It was the luck of the draw for Pete Buttigieg at a Nevada caucus on Saturday. Literally.

At the North Valleys High School caucus site in Reno, Buttigieg’s supporters drew from a card deck the number 3, while Vermont Sen. Bernie Sanders’ backers picked a 2, breaking a delegate tie between the candidates and making the former South Bend, Indiana, mayor the winner of this caucus location.

The Nevada Democratic Party has used a deck of cards to break ties since 2008. Per party rules, if two caucus groups are tied, then representatives from each candidate draws a single card from a deck in order to break the tie. The winner is the high card, with aces the highest.

If both candidates draw the same card, then the winner is determined by the suit of the card. Spades are the highest suit, followed by hearts, diamonds and clubs.

The Nevada Democratic Party said they had distributed an un-opened deck of cards to all precinct locations and that the deck should be shuffled by a precinct chair at least seven times before being used.

The supporter who drew Buttigieg’s card told NBC News that after an unlucky go at the Blackjack table the night before, her winning draw was a welcomed consolation prize. 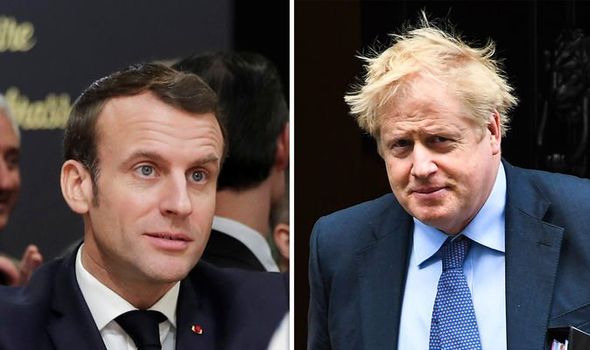 EMMANUEL MACRON has said he is “not sure” if it will be possible for Britain to agree a trade deal with the European Union by the end of the year.