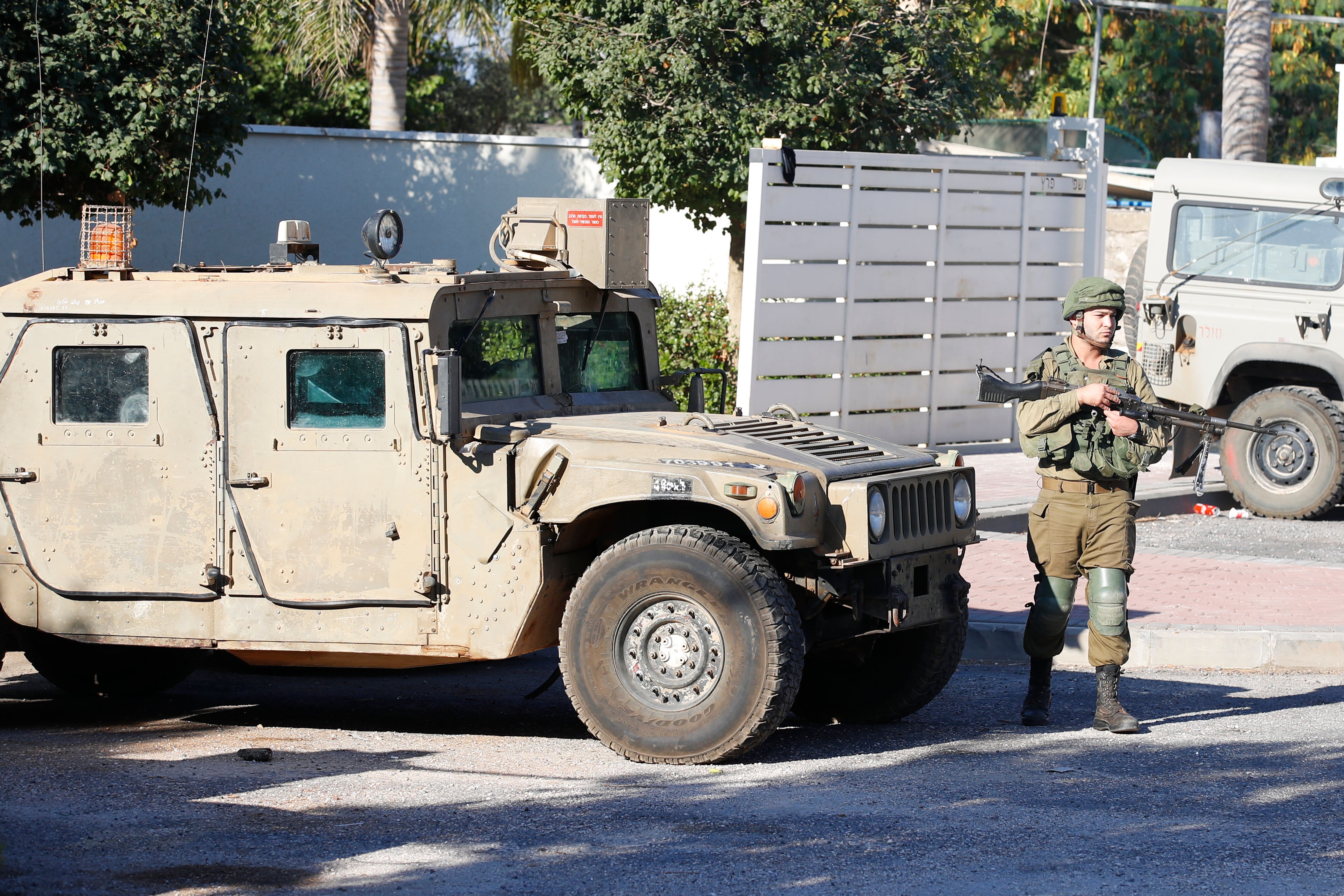 Lebanon and its government are not to blame for Hezbollah and its recent attacks on Israeli territory, Lebanon’s prime minister said Tuesday.

Tensions between Lebanon and Israel spiked over the weekend after Shiite militant group Hezbollah fired rockets into Israel from southern Lebanon, an attack the group claims was in retaliation for an Israeli drone strike.

“Look, Hezbollah is not a Lebanese problem — only — it is a regional problem,” Prime Minister Saad Hariri said in a wide-ranging interview with CNBC’s Hadley Gamble. “Israel wants to have … this scenario that Lebanon is responsible, with what Netanyahu says, and if you want to buy it, buy it. But he knows and the international community knows that this is not true.”

Hezbollah, which operates as both a political party and paramilitary group and is designated by the U.S. as a terrorist organization, made record gains during Lebanon’s elections in May 2018. It’s widely regarded as the most powerful political group in Lebanon

Hariri expressed no sympathy for any financial institutions that run afoul of American or European rules, saying such banks “should expect the consequences” of running Hezbollah money.

Israeli soldiers stand guard in the northern Israeli town of Avivim, close to the border with Lebanon, on September 2, 2019. -Israel and Hezbollah exchanged fire along the Lebanese border after a week of rising tensions, sparking fears of an escalation and prompting concern from world powers.

At the same time, Hariri on Tuesday acknowledged limitations in his ability to rein in Hezbollah. The group ignores the official Lebanese policy of staying out of regional conflicts and has been active most notably in Syria in support of Syrian President Bashar Assad.

“I am a pragmatic person, and I know my limits, and I know the limits of this region. If people were serious about this issue, they would have done things 10, 15, 20, 30 years” ago, Hariri told CNBC.

His main focus, he said, is strengthening Lebanon’s institutions such as its central bank and its security forces.

Fighting over the weekend

Israeli Defense Forces (IDF) on Sunday reported that missiles from Hezbollah, which is funded by Iran, hit an IDF military outpost and an ambulance in northern Israel. The Israeli army had braced for an attack after Hezbollah leader Hassan Nasrallah warned the group would make Israel “pay a price” for its alleged drone strike.

The IDF said it responded by shelling Hezbollah positions with artillery and helicopter fire, afterward calling the operation a success.

“Hezbollah has not ruled out further retaliation over Israel’s drone strikes, but [its] appetite for escalation appears limited,” Agathe Demarais, a senior analyst at the Economist Intelligence Unit, told CNBC.

Demarais said Hezbollah has political backing from within senior levels of Lebanon’s government, and therefore “is wary of compromising its recent increase in political popularity by dragging Lebanon into a new war with Israel.”

Netanyahu is unlikely to want escalation ahead of the country’s elections — which he hopes will keep him in office — later this month, Demarais said.

Netanyahu appeared to play down the seriousness of the weekend fighting in brief comments to reporters on Monday, according to Reuters.

‘Able to say no one was killed’

Faysal Itani, a senior fellow at the Atlantic Council, sees the latest fighting as more of a face-saving exercise than a genuine provocation.

“For now, everyone is happy. Nasrallah had his party and the Israelis were able to say no one was killed,” he said.

But there is a fundamentally unstable situation at hand when it comes to the broader context, Itani said. That context is increasing joint US-Israeli pressure on both Iran and Hezbollah, imposing mounting costs, like sanctions, unless certain conditions are met — conditions by which neither Iran nor Hezbollah are willing to abide.

“As these costs rise, Hezbollah has to figure out ways to look like it is responding without inviting a war that could devastate it,” Itani said. “Hence attacks like the border operation.”

The last all-out war between the Israel and Hezbollah was in 2006. It left more than 1,200 people dead in the span of a month, the overwhelming majority of whom were Lebanese. 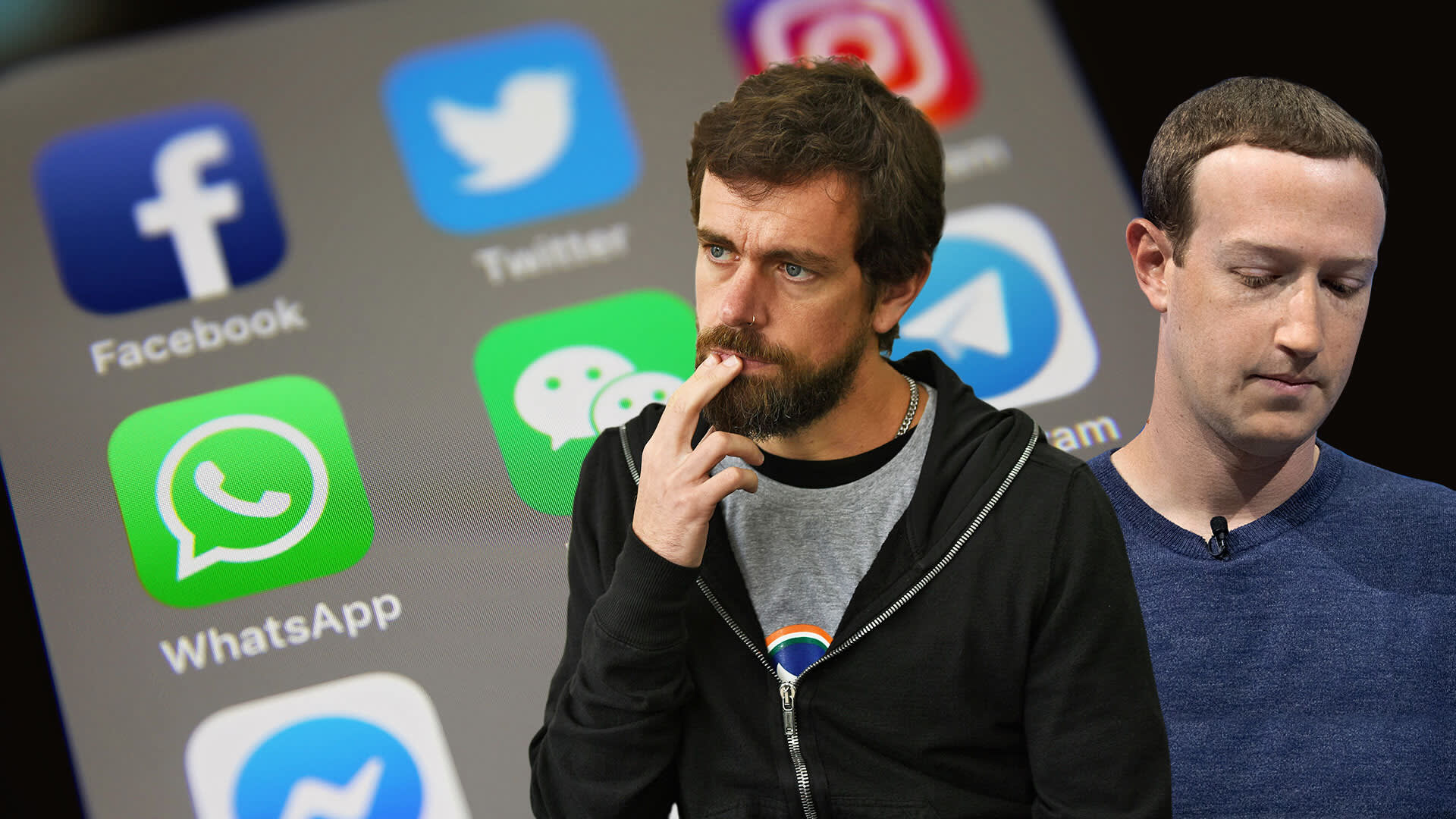 Much of the internet is funded by advertising, with Facebook making more than 98% of its $70 billion revenues in 2019 from advertising. But as some of its largest advertisers boycott the platform — part of the #StopHateForProfit campaign that aims to stamp out harmful content — what impact will that have on social media in the long run? CNBC’s Lucy Handley reports.

Smoke rises after an explosion in Beirut, Lebanon August 4, 2020, in this picture obtained from a social media video.

Lebanon’s prime minister was set on Monday to announce the resignation of his government, the health minister said, after a devastating explosion in Beirut that has stirred public outrage and spurred a string of ministers to step down.

The Aug. 4 port warehouse detonation of more than 2,000 tonnes of ammonium nitrate killed at least 163 people, injured over 6,000 and destroyed swathes of the bustling Mediterranean capital, compounding months of political and economic meltdown.

The cabinet, formed in January with the backing of the powerful Iranian-backed Hezbollah group and its allies, met on Monday, with many ministers wanting to resign, according to ministerial and political sources.

Health Minister Hamad Hasan told Reuters that Prime Minister Hassan Diab would soon announce the resignation of the entire cabinet. Diab was set to deliver an address to the nation at 7:30 p.m. local time (1630 GMT), his office said.

For many ordinary Lebanese, the explosion was the last straw in a protracted crisis over the collapse of the economy, endemic corruption, waste and dysfunctional governance, and they have taken to the streets demanding root-and-branch change.

The information and environment ministers quit on Sunday as well as several lawmakers, and the justice minister followed them out the door on Monday.

Finance Minister Ghazi Wazni, a key negotiator with the IMF over a rescue plan to help Lebanon exit a financial crisis, prepared his resignation letter and brought it with him to the cabinet meeting, a source close to him and local media said.

Lebanon’s president had previously said explosive material was stored unsafely for years at the port. He later said the investigation would consider whether the cause was external interference as well as negligence or an accident.

Anti-government protests in the past two days have been the biggest since October, when angry demonstrations spread over an economic crisis rooted in pervasive graft, mismanagement and high-level unaccountability. Protesters accused the political elite of siphoning off state resources for their own benefit. 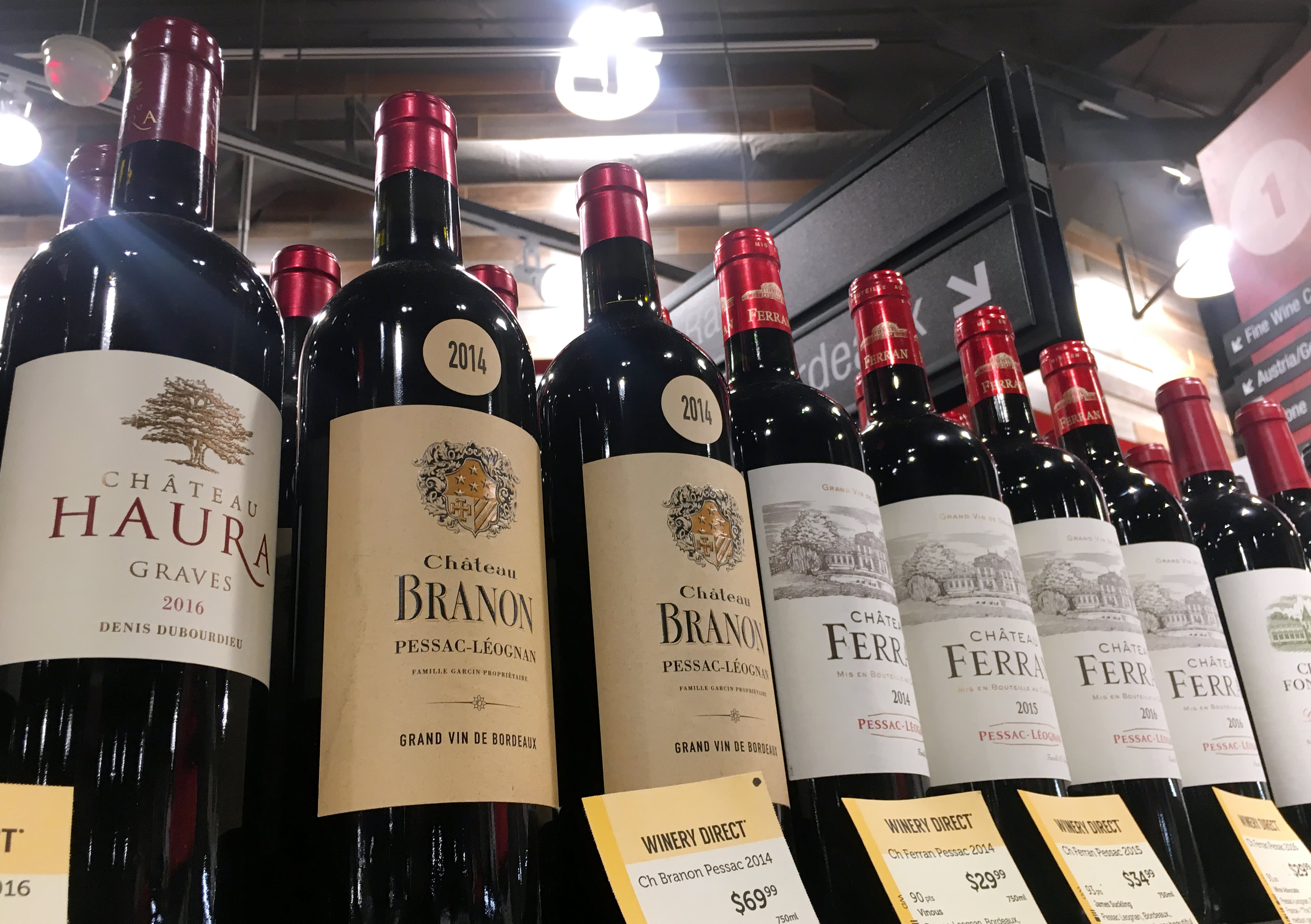 Bottles of French wine are displayed for sale in a liquor store on December 3, 2019 in Arlington, Virginia.

A bipartisan group of 13 U.S. senators have asked the U.S. Trade Representative’s Office (USTR) to remove 25% tariffs imposed in October 2019 on European Union food, wine and spirits, according to a letter seen by Reuters.

The senators noted “demand for these goods has declined, leaving importers and distributors with months’ worth of product, much of it perishable, in storage and in transit with no clear end date for the COVID-19 pandemic.”

Last month, Europe’s Airbus said it would increase loan repayments to France and Spain in a “final” bid to reverse U.S. tariffs and jog the United States into settling a 16-year-old dispute over billions of dollars of aircraft subsidies.

The United States last year won World Trade Organization authorization to impose tariffs on up to $7.5 billion of EU goods.

The group noted Scotch Whisky imports by the United States fell nearly 33% between October 2019 and May 2020, a $378 million decline over the same period a year earlier.

Trade groups are bracing for an escalation this autumn when the EU is expected to win WTO approval to retaliate with its own tariffs over subsidies for U.S. planemaker Boeing Co.

USTR announced in June it was considering imposing additional tariffs on products from many EU countries including gin, vodka, beer, sparkling wine and other whiskies.