HONG KONG — Protesters turned Hong Kong’s streets into rivers of umbrellas Sunday as they braved heavy rain to march in a show of strength.

The latest in a months-long series of demonstrations was being seen as a measure of popular support for the pro-democracy movement, with recent rallies marked by violent clashes with police that have garnered increasing global attention.

The large turnout suggested the movement retains widespread support as it continues to push for greater freedoms amid Beijing’s growing influence over the former British colony.

Frustration with a lack of progress and what protesters see as a heavy-handed police response have led to escalation, most recently after protesters occupied the city’s international airport last week.

Some activists apologized after flights were canceled and clashes turned violent.

Organizers said they hoped Sunday’s assembly would be peaceful.

“We hope that there will not be any chaotic situations today,” said organizer Bonnie Leung. “We hope we can show the world that Hong Kong people can be totally peaceful.”Police had approved the rally, sending alerts to phones throughout the territory urging people to stay within the confines of Victoria Park.

The crowd seemed to draw its members from the broader base that characterised the movement’s early mass protests. The mix of young and elderly, couples and families did not obey the police request, marching from the park to fill a major road in one of Hong Kong’s busy shopping districts.

But the atmosphere was less charged after weeks of tense and sometimes violent standoffs with police.

You Wenze called the lawmakers’ comments “a gross violation of the spirit of the rule of law, a blatant double standard and a gross interference in China’s internal affairs.”

Beijing has struck an increasingly strident tone over the protests in recent days, accusing foreign countries including the United States of fomenting unrest.

You did not mention any specific lawmaker, but numerous U.S. senators and Congress members, including House Speaker Nancy Pelosi, have affirmed the U.S. commitment to human rights and urged the Hong Kong government to end the standoff.

President Donald Trump has largely steered clear of criticizing China over its response, though last week he did link the humane resolution of the protests to ongoing trade talks between the two countries.

Members of China’s paramilitary People’s Armed Police force have been training for days across the border in Shenzhen, including on Sunday morning, fueling speculation that they could be sent in to suppress the protests.

The Hong Kong police, however, have said they are capable of handling the protests. Janis Mackey Frayer is a Beijing-based correspondent for NBC News.

Paul Goldman is a Tel Aviv-based producer and video editor for NBC News.

How 2020 Democrats stack up 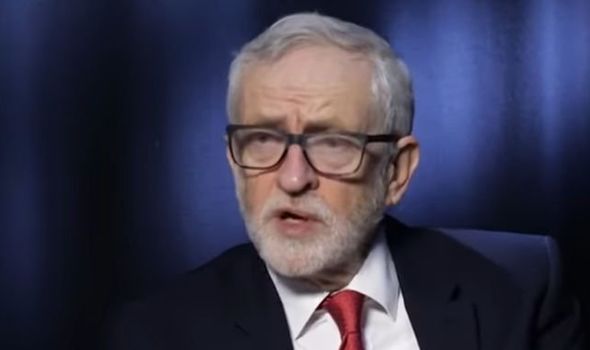 JOHN MCDONNELL admitted Jeremy Corbyn’s leadership has been marred by a prominent stain the Labour Party is only now beginning to address after years of criticism and calls for action.

If he had done nothing at all, President Donald Trump said Tuesday, the American death toll from the coronavirus would be geometrically higher than the low six-figure count he now expects.

In other words, it could have been worse.

Looking like he’d been visited by the ghosts of hometown past and election future, Trump deviated from his typically ebullient, brash and optimistic style to deliver a somber message much more in line with that of his leading scientists.

In doing so, a president who played down the threat of the virus for weeks, mocked critics who urged him to take it more seriously and publicly agonized over his decision to advise Americans to stay home landed again in the unusual-for-him position of readying the public for a terrible outcome.

“It’s a matter of life and death,” said Trump, whose native Queens, in New York, is at the center of the crisis, as he reiterated his call to extend federal stay-at-home guidelines through the end of April.

“I want every American to be prepared for the hard days that lie ahead. We’re going through a very tough few weeks,” he said. “We’re going through probably the worst thing the country’s ever seen. … We lose more here potentially than you lose in world wars as a country.”

Trump’s abrupt shifts in tone are something Americans have become accustomed to as little more than theatrics — he previously did a day of real talk on March 16, only to revert to his old self after the stock market plunged. But Tuesday’s change reflected an undeniable political reality: He can’t afford to blow sunshine at the public as a plague forces unthinkable choices about who lives and who dies.

Both his legacy and his re-election hopes are likely to be defined by how he handles this crisis, and the judgment will be harsh if he appears to be deeply out of touch with public sentiment during a time of fear, grief and loss.

“I want to be positive. I don’t want to be negative,” Trump, who was informed over the weekend that most voters would rather stay inside a little while longer, said Tuesday. “I want to give people in this country hope.”

The spread of the pandemic has taken that option away from him. Instead, he has been left with the task of persuading the public to ignore his missteps and focus on the difference between how bad things are and how bad they could have been. In that telling, Trump is the hero who fought off bad advice to spare millions of lives, not a goat who failed to heed alarm bells.

It’s the version he told Tuesday, and it’s likely to be the one he sticks with from now until Election Day. Rather than compare his actions to those of a hypothetical alternative president, Trump has chosen to make the contrast about the difference between what he did and what would have happened had there been no president at all.

While he acknowledged the spiking number of lethal cases and used charts to affirm the government projections that now suggest that 100,000 to 240,000 Americans are likely to die, he warned that the spread of the pandemic could have been on track to kill more than 2 million people in the U.S. without any intervention at all.

Indeed, he said, he was advised to stand back and watch.

“What would have happened if we did nothing?” he said. “Because there was a group that said, ‘Let’s just ride it out.'”

Many top administration officials did very little for a long time. One of them was Trump. He curtailed some travel by foreign nationals from China to the U.S. on the last day of January, but he didn’t appoint Vice President Mike Pence to run a coronavirus task force until Feb. 26. He held political rallies through Feb. 28, and he said just last week in reference to economic damage that the cure can’t be “worse than the disease.”

Treasury Secretary Steven Mnuchin and Larry Kudlow, director of the National Economic Council, both repeated the line publicly as Trump moved toward a call to reopen shuttered businesses by Easter — less than two weeks from now.

But now Trump seems to understand that he can’t will the disease into submission or convince the public that tens or hundreds of thousands of deaths aren’t that bad.

He’s right that he did more than nothing to fight the disease. His critics believe he did next to nothing. He has to hope the public believes it would have been worse without him. 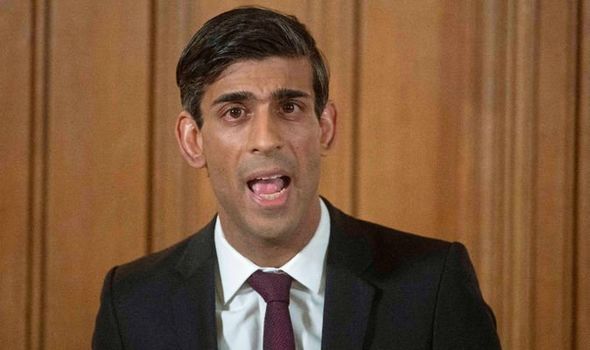 COMPANIES can take back staff who were made redundant or left just before the coronavirus crisis – so they can be furloughed, Chancellor Rishi Sunak said yesterday.

With Biden or Sanders at the top of the ticket, Democrats look down-ballot for diversity