Democrats slammed President Donald Trump and his party in the wake of the latest deadly school shooting in Santa Fe, Texas, Friday, condemning congressional inaction on gun control after the massacre in Parkland, Florida, three months ago.

Rep. Ted Deutch, the Democrat who represents Parkland, criticized House Speaker Paul Ryan, R-Wis., for failing to bring up legislation on universal background checks after the school shooting in his district.

“It’s not too soon. It’s too late. For at least 8 families. For thousands more student-survivors at Santa Fe High School,” Deutch tweeted.

For at least 8 families. For thousands more student-survivors at Santa Fe High School. @SpeakerRyan, you’ve had 3 months since our meeting to ready universal background checks for the floor.

He was seen by a reporter hugging Rep. Randy Weber, R-Texas, who represents Santa Fe.

Lawmakers from states devastated by school shootings — like the 2012 shooting in Newtown, Conn. that left 27 dead — were among the most outspoken in saying that Congress has not done enough.

“Let’s call it like it is: the horrifying inaction of Congress, slaughter after slaughter, has become a green light to would-be shooters, who pervert silence into endorsement,” said Sen. Chris Murphy, D-Conn.

Let’s call it like it is: the horrifying inaction of Congress, slaughter after slaughter, has become a green light to would-be shooters, who pervert silence into endorsement.

“It is urgent that we implement the reforms Congress recently passed to make schools safer and keep deadly weapons away from those who should not have them,” Ryan said.

He did not offer specifics, though the Fix NICS Act, a limited background check bill that seeks to improve enforcement of the existing system by prodding various agencies to keep their records updated, was rolled into the omnibus government spending bill that was signed into law in March.

“This is a time to come together in support of the Santa Fe community,” Ryan said.

Many Democrats who spoke out noted the historic protests students have lead in recent months calling for gun control — and lamented the now-familiar cycle of the country reacting to mass shootings.

“Millions of young people are raising their voices and bravely, eloquently insisting on action to end the gun violence epidemic. Congress must show as much courage as they have,” House Minority Leader Rep. Nancy Pelosi, D-Calif., said in a statement.

“Only in America are school shootings normal. Only in America will we do nothing when an epidemic of gun violence is killing children. This has to stop,” tweeted Sen. Dianne Feinstein, D-Calif.

“I will not stand for this and neither should you,” wrote former Rep. Gabby Giffords, a victim of gun violence and staunch advocate for gun control.

“Students across America have come together to push for a better future & Congress has failed them,” Sen. Jeff Merkley, D-Ore., wrote in a tweet, while Sen. Ron Wyden, D-Ore, called for “common-sense steps NOW.”

WASHINGTON — The U.S. Supreme Court has faced a stream of last-minute appeals over election procedures since the spring, and most of the time it has rejected calls to allow less restrictive voting measures despite the pandemic.

That has generally meant that Republicans prevailed in seeking to block changes that would make it easier to vote, especially in casting mail-in ballots. Of 11 election-related cases filed as emergency appeals since April, Republican interests won in eight.

“I think a deference to the states is at work here,” said Edward Foley, an expert on election law at Moritz College of law at The Ohio State University.

That could explain why the court reached opposite conclusions on mail-in ballots in Pennsylvania and Wisconsin.

On Oct. 20, the court rebuffed a Republican attempt to block a ruling by the Pennsylvania Supreme Court that allows mail ballots to be counted if they arrive up to three days after election day. By contrast, the court granted a GOP request to block an extension on the mail ballot deadline that was ordered by a federal court in Wisconsin during the primary.

“The Pennsylvania case was coming from the state’s own judiciary rather than a federal court,” Foley said, and the state’s top election official was not supporting the Republicans.

“There seems to be some feeling on the Supreme Court that state election officials should be left alone to make their judgment,” he said.

At the same time, he added, that has tended to allow Republicans to prevail, limiting voting opportunities.

In August, the Supreme Court denied an effort by Republicans to block lower court rulings that suspended the witness requirement for mail ballots in Rhode Island, but state officials supported that rule change making voting easier. And in October, the court rejected a Republican appeal seeking to block ranked-choice voting in Maine. There, too, the change was endorsed by the top court in the state, not by a federal judge.

Two more rulings could come at any time ahead of Election Day Nov. 3 from the U.S. Supreme Court, on Republican efforts to block lower court rulings that extend the mail ballot deadline in the presidential battleground states of Wisconsin and North Carolina.

Judge Amy Coney Barret’s confirmation by the full Senate is expected Monday, so she could jump in and vote on any of those pending emergency appeals, as well as others that will undoubtedly come before Election Day.

The vote in the Pennsylvania case was 4-4, one vote short of the number needed to grant a stay of a lower court ruling. Barrett’s arrival removes the possibility of further ties.

A third factor may also be at work in the court’s unwillingness to allow last-minute rule changes.

When the court ruled for Republicans in the South Carolina case, maintaining the signature requirement for mail ballots, Justice Brett Kavanaugh said that the Supreme Court has for years tended to disfavor such changes.

“This court has repeatedly emphasized that federal courts ordinarily should not alter state election rules in the period close to an election,” he wrote. 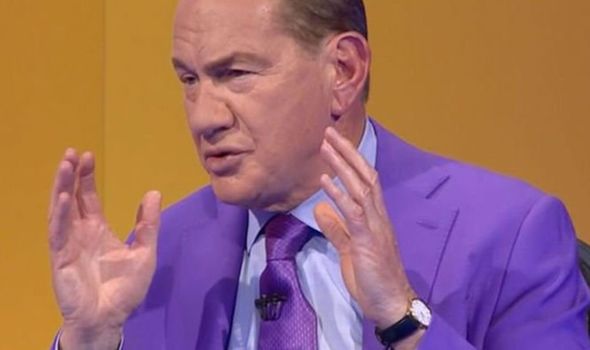 MICHAEL PORTILLO said there can be no real winner in the US election, as he hit out at both Joe Biden and Donald Trump ahead of the crunch presidential vote.

President Donald Trump voted early in the 2020 election in Florida. Trump said it was “an honor to be voting” and called it a secure vote.

US election 2020: ‘I voted for a guy named Trump’ – President casts his ballot in Florida | World News

The 2020 census count is done, but the fight over the results is just beginning