Trump has argued that Obama gave up too much to Iran at a time when crippling sanctions gave the U.S. the most leverage in negotiations. He suggested those sanctions, which he is reimposing, are the predicate for forcing Iran into new talks that will benefit both countries.

“Who knows?” he said of the possibility of a new deal with Tehran, “because we’re putting the harshest, strongest, most stringent sanctions on Iran.”

Trump told a capacity crowd here, at a middle school gym in a county he won with 63 percent of the vote, that nuclear and non-nuclear wars result from “weakness.”

His peace-through-strength approach to foreign policy is working, he said.

“We are unlocking new opportunities for prosperity and for peace,” he said. “America is being respected again.”

Though he visited a variety of topics during an hour-long speech — from border security to the economy — Trump’s main goal was bringing together Indiana Republicans after a divisive Senate primary that resulted in businessman Mike Braun’s nomination. To do so, he brought Vice President Mike Pence, a former governor and House member from Indiana, with him.

Both men ripped the incumbent, Democratic Sen. Joe Donnelly, for voting against their priorities, and Trump nicknamed the senator “Sleepin’ Joe.”

COLUMBUS, Ohio — The fight over Ohio’s limit on ballot drop boxes ended Friday after a coalition of voting rights groups opted to drop their lawsuit, leaving in place an election chief’s order that was derided by three separate courts.

The A. Philip Randolph Institute, League of Women Voters of Ohio and ACLU of Ohio made the decision after the federal appellate court in Cincinnati set a timetable last week that pushed further activity in the case past Election Day.

The dropped suit was a win for Republican Secretary of State Frank LaRose, who issued the directive. It’s also a victory for Republican President Donald Trump’s reelection campaign, which joined LaRose in fighting to keep the restriction in place in a critical battleground state.

“Secretary LaRose is pleased that Ohio voters can continue on with the business of participating in the most secure and accessible election in Ohio’s history,” spokeswoman Maggie Sheehan said in a statement.

Six major Ohio cities were fighting alongside the voting rights groups to expand access to off-site ballot drop-off locations: Columbus, Cleveland, Cincinnati, Akron, Dayton and Toledo. The option has grown in popularity this year amid the coronavirus pandemic and concerns about the reliability of voting by mail.

Before the Trump campaign got involved, LaRose had said repeatedly that he would support allowing additional drop boxes if it was clear he had the legal authority to do so. He never followed through, though, despite courts at the county, state and federal level affirming he had the power. All criticized the order as an unreasonable impediment on voters, though only two of the three blocked it.

LaRose did issue a “clarification” to his initial one-box-per-county order, allowing counties to set up drop boxes “outside” their offices but, he said, still on-site.

The two versions of his order have been blocked and unblocked numerous times as the legal dispute made its way through the courts.

Most recently, it was in the U.S. 6th Circuit Court of Appeals in Cincinnati, which set a briefing schedule last week that assured nothing would be decided before the Nov. 3 election. The court had requested the state’s brief on Nov. 24 and the voting rights coalition’s reply on Dec. 24, after reiterating its concern about changing election rules after voting had already begun. 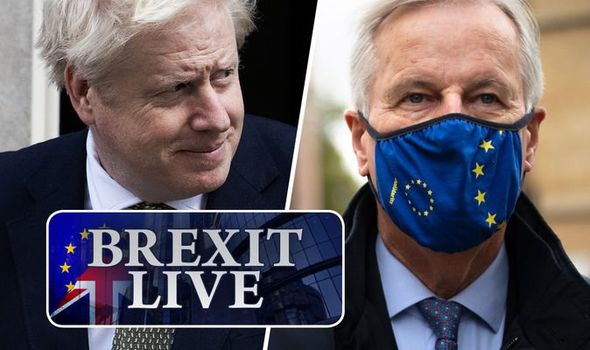 BRITAIN would rake in far more in tariffs than it paid out under World Trade Organisation terms, according to a leading Brexiteer.