Pruitt sits in the hot seat

NBC’s Leigh Ann Caldwell, Hallie Jackson and Alex Moe: “Supporters of embattled Environmental Protection Agency Administrator Scott Pruitt are starting to raise questions about his alleged ethical lapses, a shift in tone that could spell trouble as he appears before Congress Thursday.”

“After a string of stinging revelations detailing excessive expenditures on security, travel and raises for staff, Pruitt can expect to be grilled and called to answer for his decisions. But while he will be answering questions from two separate House committees, the person whose opinion will matter most is President Donald Trump.”

In a briefing with reporters Wednesday, French President Macron said he ultimately doesn’t know what Trump will do about the Iran nuclear deal on May 12, but he warned that killing the deal “would open Pandora’s box,” NBC’s Andrea Mitchell reports. Macron added, “Do you want to make war with Iran? I don’t think your president wants to make war with Iran.”

Calling it a “paradox,” Macron said Trump could get out of the Iran deal on May 12 for domestic political reasons because it was such an important campaign promise. “When people say President Trump is not predictable, I think the opposite, he is very predictable. Look at his campaign commitments.”

Macron delivers rebuke to Trumpism in speech to Congress

Meanwhile, about that bro-mance between Macron and Trump — CNBC’s John Harwood writes that Macron’s earlier speech to Congress was a rebuke to Trumpism, without mentioning Trump by name. “‘We can choose isolationism, withdrawal and nationalism,’ Macron said in the well of the House of Representatives. ‘It can be tempting to us as a temporary remedy to our fears.’”

More: “The French president warned that trade wars, rather than trade deals, ‘destroy jobs’ and raise prices for the middle class. He appealed to the U.S. to rejoin the Paris climate accord and create a ‘low-carbon economy’ because ‘there is no Planet B.’ He said remaining with America’s allies in the Iran nuclear deal, at least until some replacement is negotiated, is the best path for fighting terrorism, preserving peace and avoiding nuclear proliferation.”

“Major national Republican and Democratic party groups have spent at least $48.5 million on seven special elections since last April,” one of us writes. “The lion’s share of that spending — which includes independent and coordinated expenditures for each of the races — came from Republicans, with a total of $37 million spent in total by the Republican National Committee, the NRCC, the NRSC and the two major super PACs affiliated with the House and Senate GOP (the Congressional Leadership Fund and the Senate Leadership Fund).”

More: “Democratic Party groups — including the Democratic National Committee, the DCCC, the DSCC and the House Majority PAC — spent only about $11.5 million on independent expenditures and coordinated campaign expenditures in the same seven races.”

By the way, we noted yesterday that Republican Debbie Lesko beat Democrat Hiral Tipirneni by 6 points, 53 percent to 47 percent (when you round up their numbers). But the GOP’s winning margin decreased after new votes were counted in the AZ-8 contest: Lesko 52.4 percent, Tipirneni 47.6 percent.

In case you missed them, here are some of the recent midterm developments that we’ve chronicled on our “Rundown” blog: Another poll shows a tight race in the Tennessee Senate contest: Democrat Phil Bredesen 46 percent, Republican Marsha Blackburn 43 percent… Heidi Heitkamp is up with her first TV ad… And Texas Gov. Greg Abbott wants Blake Farenthold to pay for the special election to replace him, per NBC’s Vaughn Hillyard. 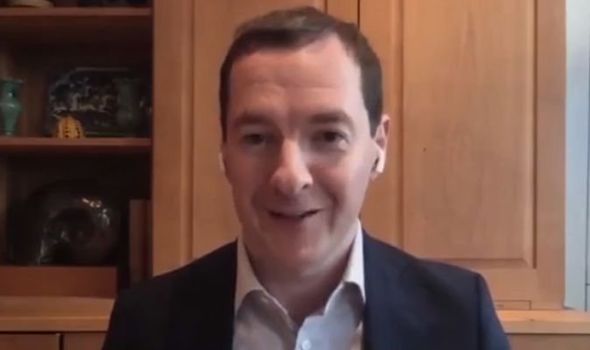 BORIS JOHNSON has been sent an urgent warning by former Chancellor George Osborne who said it will be “hard work” for the UK Government to form a relationship with Joe Biden.

MOSCOW — Russian President Vladimir Putin said on Sunday that he saw nothing criminal in Hunter Biden’s past business ties with Ukraine or Russia, marking out his disagreement with one of Donald Trump’s attack lines in the U.S. presidential election.

Putin was responding to comments made by Trump during televised debates with Democratic challenger Joe Biden ahead of the Nov. 3 election.

Trump, who is trailing in opinion polls, has used the debates to make accusations that Biden and his son Hunter engaged in unethical practices in Ukraine. No evidence has been verified to support the allegations, and Joe Biden has called them false and discredited.

Putin, who has praised Trump in the past for saying he wanted better ties with Moscow, has said Russia will work with any U.S. leader, while noting what he called Joe Biden’s “sharp anti-Russian rhetoric.”

Putin appeared less friendly towards Trump in remarks broadcast by Russian state TV on Sunday. In what may be seen by some analysts as an attempt to try to curry favor with the Biden camp, he took the time to knock down what he made clear he regarded as false allegations from Trump about the Bidens.

“Yes, in Ukraine he [Hunter Biden] had or maybe still has a business, I don’t know. It doesn’t concern us. It concerns the Americans and the Ukrainians,” said Putin.

Putin also reacted with visible irritation when asked about comments Trump has made concerning Putin’s ties to the former mayor of Moscow, and to an alleged payment made to Hunter Biden by the ex-mayor’s widow. Putin said he knew nothing about the existence of any commercial relationship between Hunter and the woman. Joe Biden says the accusation about his son is not true. 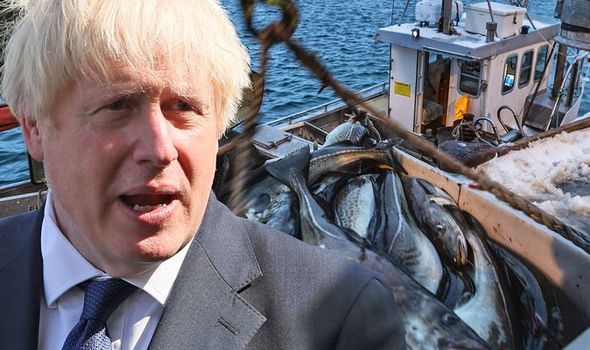