The search warrants were sought and executed by FBI agents and federal prosecutors in New York in coordination with Mueller’s team after an initial referral from Mueller’s office.

Asked after Monday’s raid if he’d consider firing Mueller, Trump responded that “many people” had told him he should, and did not rule it out. “I think it’s a disgrace what’s going on. We’ll see what happens,” he said, calling the raid “an attack on our country.”

Sanders has said in the past that “the president has the right… but no intention to” fire Mueller.

Technically, only the deputy attorney general who appointed Mueller can fire him and only for cause. Currently, that person is Rod Rosenstein. However, Trump could fire Rosenstein, or order the special counsel regulations repealed and fire Mueller himself.

A person with knowledge of the matter told NBC News that Rosenstein directly approved the application for a search warrant for Cohen. 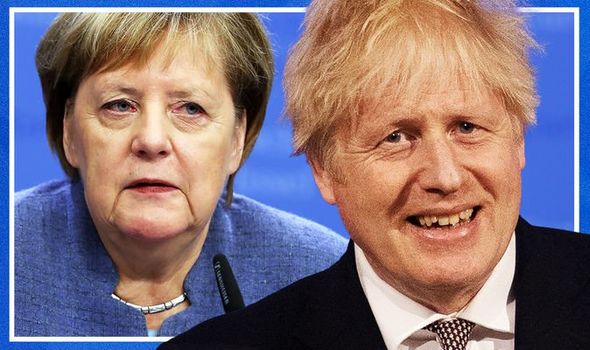 BREXIT BRITAIN has been told it can take advantage of a huge opportunity following the departure of Angela Merkel from frontline politics, but Boris Johnson has been warned he must quickly “wake up to the political reality”.

SIR KEIR STARMER has won a fight with the Labour-Left to change the party’s leadership rules to make it harder to for another Corbynite to be elected.

BREXIT doom-mongering from Remonaers has been blown apart after Grant Shapps claimed the UK’s departure from the European Union has helped the country push faster to sort the HGV driver shortage crisis.

Germany election: Angela Merkel’s party has been castigated in the polls – and CDU activists are not happy | World News

'It's our destiny!' Adonis outlines 'step by step plan' to reverse Brexit and rejoin EU