He had just $1.2 million in the bank at the end of the year, compared to $9.1 million for McCaskill, who has a fundraiser featuring former President Barack Obama scheduled in Beverly Hills next month. McCaskill announced Monday that she hauled in another $3.9 million in the first quarter of 2018, while Hawley’s numbers for January, February and March haven’t yet been made public.

On top of that, Hawley’s been skipping county parties’ Lincoln Day dinners to avoid being on the same stage with Greitens — he doesn’t think it’s appropriate when he’s investigating the governor, but other Republicans say it’s a mistake to miss out on opportunities to energize his base before the election.

“His heart is not into the campaign the way it was two years ago,” lamented one fellow Republican elected official who asked to remain anonymous because he supports Hawley.

For the 64-year-old McCaskill to win, political experts here say, she’ll have to run up the score with Democratic base voters in two vote-rich Democratic areas — St. Louis and Kansas City — swing working-class whites in their suburbs back into the Democratic column, and hold down Hawley’s margins in the rest of the state.

That’s a tall order for two reasons: Republicans in Missouri’s suburbs didn’t abandon Trump the way their counterparts did in some other areas of the country in 2016. And McCaskill has been hearing rumblings from the state’s African-American leaders that she hasn’t done enough for the black community.

“I’m going to vote for Claire, but Claire is going to have to bring her ass to St. Louis,” state Rep. Bruce Franks, an African-American lawmaker who gained attention as an activist during the Ferguson police shooting protests, said at a February town hall.

Even in a year in which anti-Trump sentiment is expected to drive Democratic voters to the polls in droves, McCaskill can ill-afford to lose any available votes in a state where her party has been hemorrhaging them for years. In 2008, Obama lost Missouri by less than two-tenths of a percentage point while racking up more than 1.4 million votes. Four years later, he got about 220,000 fewer votes. And Hillary Clinton, running in 2016, tallied about 371,000 fewer votes than Obama had in 2008.

Other than McCaskill in 2006, the last Democrat to win a midterm Senate election in Missouri was Tom Eagleton in 1974.

McCaskill’s other potential problem centers around her voting record, particularly her propensity to toe the Democratic line and vote against top Trump priorities.

Overall, the website FiveThirtyEight reports, McCaskill has voted with Trump 46.3 percent of the time. That ranks her sixth-highest among Senate Democrats.

But her score is far below the 83.8 percent of the time the website says McCaskill would be expected to back his position given his margin of victory in her state. Three other Democratic senators in tough races — Heidi Heitkamp of North Dakota, Joe Manchin of West Virginia and Joe Donnelly of Indiana — register at more than 55 percent support for Trump.

McCaskill has always campaigned as a politician who has been independent from her party and has sought bipartisan solutions. An aide noted that she has sponsored, cosponsored or worked behind the scenes on more than 20 bills that Trump has signed into law. And she’s taken the lead on some high-profile legislative efforts, including a recent anti-sex-trafficking law she worked on with Sen. Rob Portman, R-Ohio.

But Hawley said McCaskill’s reports of cross-aisle work in the Senate don’t match up to reality.

The president remains popular in Missouri. A recent Morning Consult poll showed that 50 percent of registered voters in the state approve of him, while 45 percent don’t.

Trump endorsed Hawley last year, and during a speech to Hawley donors in St. Louis last month, Trump called Hawley “a wonderful guy…who knows what it’s all about,” according to an audio recording of the president’s remarks obtained by NBC News.

Trump got involved in the race early, taunting McCaskill in one Tweet delivered among an unrelated series about hurricane relief last August.

I will also be going to a wonderful state, Missouri, that I won by a lot in ’16. Dem C.M. is opposed to big tax cuts. Republican will win S!

The combination of McCaskill’s efforts to demonstrate when she’s agreed with him and Hawley’s unwillingness to distance himself from the president suggest both sides understand the power of Trump’s appeal here.

For example, in an interview, Hawley declined to say whether he supports Trump’s new tariffs, which threaten to directly or indirectly hurt businesses like Anheuser-Busch and Boeing in St. Louis and the state’s many farmers.

“One of my top concerns is to ensure there is no retaliation against our agricultural community — including Missouri farmers — and that we are not punishing trade partners who do follow the rules in the process,” Hawley said. “Trade is good for Missouri workers and farmers when our trade partners follow the same rules we do.”

Hawley also declined to offer support for Attorney General Jeff Sessions, a favorite target of Trump’s wrath, saying that the decision on whether the nation’s top law enforcement officer should keep his job is “up to the president.”

Hawley has said that Trump is welcome to visit the state any time, and Republicans here hope that the president will rally voters in the southern part of the state in the campaign’s home stretch.

“She’s always the underdog,” state Rep. Michael Butler, a Democrat who represents a St. Louis district, said of McCaskill. “But she thrives as the underdog.”

In an exclusive interview with Meet the Press, former Secretary of State Hillary Clinton talks about introducing the late Justice Ruth Bader Ginsburg to President Bill Clinton and Republicans move to replace her. 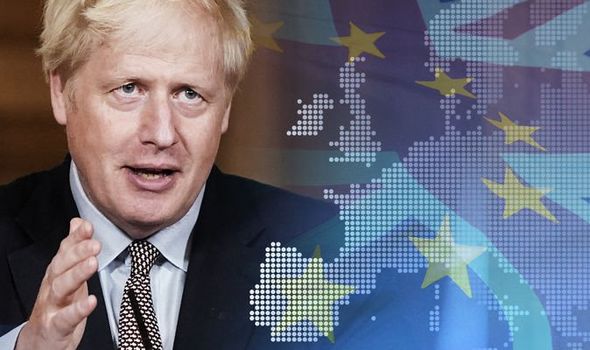 WASHINGTON — For decades, Republicans have galvanized voters around reshaping the Supreme Court and benefited from it at the ballot box. But in a stark reversal, polls indicate it is Democrats who have the edge in 2020.

National and battleground state surveys taken before the death Friday of Justice Ruth Bader Ginsburg showed that voters trust Joe Biden more than President Donald Trump to pick a Supreme Court nominee, and that Democrats rate the high court as more important to their vote than Republicans do.

A Fox News poll taken this month found that likely voters trust Biden over Trump, by a margin of 52 percent to 45 percent, on nominating the next Supreme Court justice.

In 2016, voters who rated the Supreme Court as “the most important factor” in their 2016 vote favored Trump over Clinton by a margin of 56 percent to 41 percent, according to NBC News exit polls.

The new findings point to a dilemma for Trump and Republicans as they plow ahead with plans to replace Ginsburg with a conservative jurist before the election, and after refusing to allow President Barack Obama to fill a vacancy in 2016. In a political environment where Democrats are energized over the Court, rejecting the dying wish of the leader of the court’s liberal wing risks a voter backlash.

“There’s so much at stake: The right to health care, clean air, clean water, environment, equal pay for equal work, the rights of voters, immigrants, women, workers,” Biden said in a Sunday speech in Philadelphia focused on the Supreme Court. “And right now, our country faces a choice — a choice abut whether we come back from the brink.”

And he faulted Trump for supporting a lawsuit before the Court to overturn Obamacare: “Millions of Americans are voting because they know their health care hangs in the balance.”

His remarks signal a new attitude for Democrats, who for decades have been shy about connecting elections and Supreme Court nominees chosen by the two parties to different policy outcomes.

“For reasons I have never understood, Republicans for years have taken judicial nominations much more seriously than Democrats,” said Jim Manley, a lobbyist and former spokesman for Senate Democratic Leader Harry Reid. “We have utterly failed as a party to take the threat posed by the Republican take over the judiciary seriously.”

‘A clear choice on the future of the Supreme Court’

Republicans have been more aggressive at connecting those dots, equating GOP victories at the ballot box with stronger gun rights, the undoing of abortion rights and other issues that animate their base.

At a rally Saturday in Fayetteville, North Carolina, Trump promised to pick a woman to replace Ginsburg before the end of his first term, again claiming “there’ll be no God, there’ll be no guns” if Biden wins.

“The Supreme Court was a very central issue in both the 2016 presidential election and then the 2018 midterm elections,” Trump said. “I am holding up your Second Amendment.”

The dynamic can yet change. Republicans hope their voters will be ignited by a new Supreme Court pick who solidifies a 6-3 conservative majority, as they were by the ugly confirmation fight of Justice Brett Kavanaugh in 2018.

Democrats have limited options to stop Republicans, who hold 53 Senate votes and don’t need bipartisan support to replace Ginsburg. One Democratic aide familiar with the process said he feared his party would be out-gunned by the right on infrastructure to shape public opinion during the battle.

A CNN poll last month found that 79 percent of Democratic registered voters rate the Supreme Court has “extremely” or “very” important to their 2020 vote, compared to 71 percent of Republicans who said the same.

And recent New York Times-Siena battleground state polls found that Biden is more trusted than Trump to choose a Supreme Court justice among likely voters in Arizona (53 percent to 43 percent), Maine (59 percent to 37 percent) and North Carolina (47 percent to 44 percent)

Sen. Susan Collins, R-Maine has publicly announced her opposition to voting on a Supreme Court nominee due to “the proximity of the presidential election,” saying instead that the winner of the contest should pick the next justice.

Sen. Thom Tillis, R-N.C. came out for Trump’s nominee before one was named and sought to mobilize conservative voters around the Court.

Sen. Martha McSally, R-Ariz., who trails Democrat Mark Kelly and is hoping to shake up her race, said less than two hours after Ginsburg’s death was announced: “This U.S. Senate should vote on President Trump’s next nominee for the U.S. Supreme Court.”

And Sen. Cory Gardner, R-Colo., declined to say Saturday if Republicans should replace Ginsburg this year, saying the country needs “time for personal reflection” before “the politics begin.

In his speech Sunday, Biden addressed those fence-sitting senators.

“To jam this nomination through the Senate is just an exercise in raw political power,” he said. “And I don’t believe the people of this nation will stand for it.”