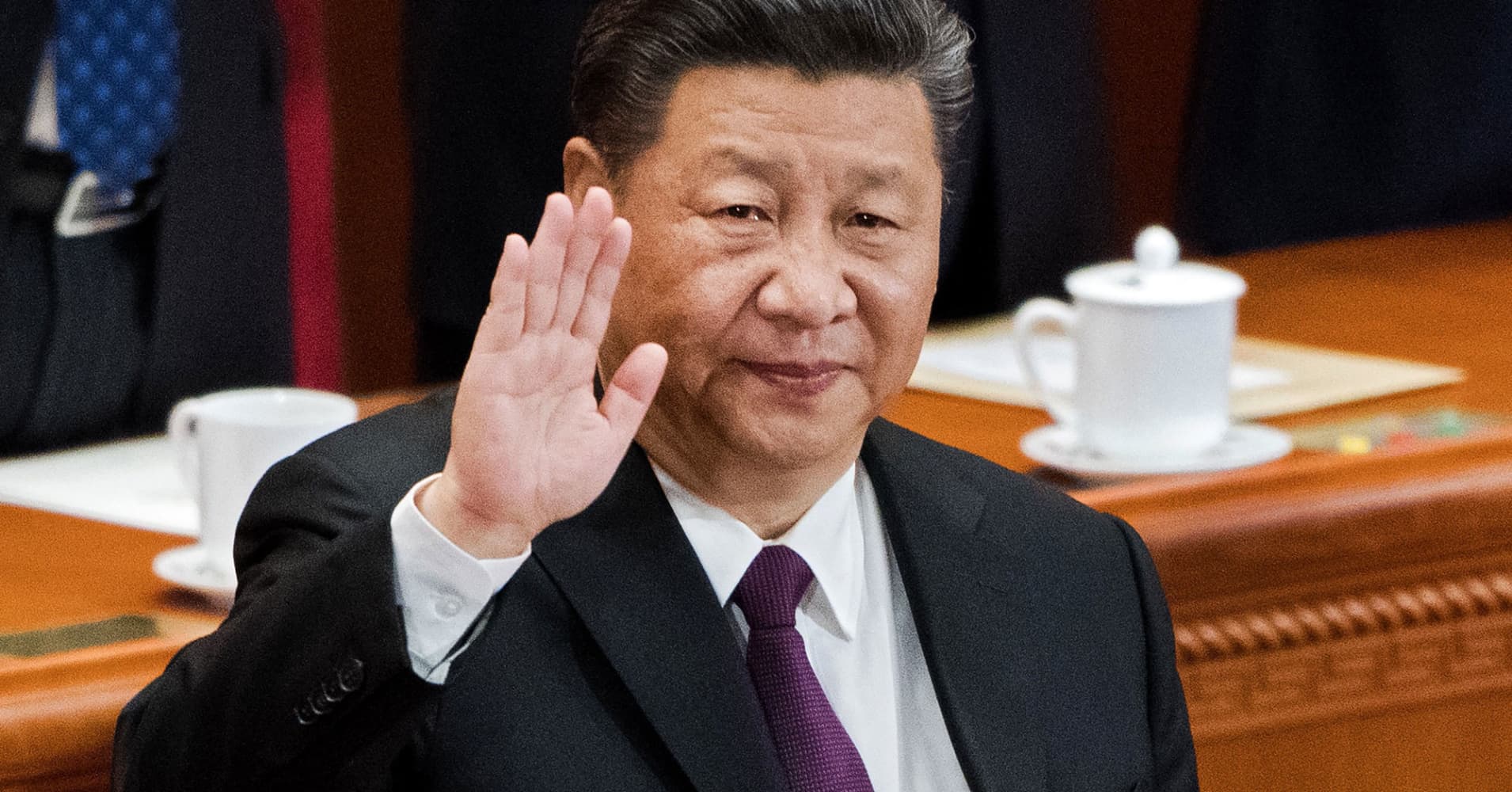 Those measures included lowering import tariffs for autos and other products, enforcing the legal intellectual property of foreign firms, and improving the investment environment for international companies.

Xi’s address — from the Boao Forum for Asia, an annual summit that’s been dubbed the “Asian Davos” — comes amid escalating trade tensions between China and the U.S. as the world’s two largest economies take turns announcing punitive trade measures against each other.

In his speech, the Chinese president sold a vision of China as a benevolent leader of the global economy, emphasizing that open systems are the best course of action for the world.

“We should stay committed to openness, connectivity and mutual benefits, build an open global economy, and reinforce cooperation within the G-20, APEC and other multilateral frameworks. We should promote trade and investment liberalization and facilitation, support the multilateral trading system,” Xi said according to a translation of the speech.

“This way, we will make economic globalization, more open, inclusive, balanced and beneficial to all,” he added.

China will continue opening up even further to the rest of the globe, he said throughout the speech. He discussed some of the ways the country plans to open further.

One of those is China pushing the state intellectual property office this year to step up law enforcement of relevant laws, Xi said.

President Donald Trump’s administration is taking Beijing to task over China’s large trade deficit with the U.S., which Washington says is in part due to unfair trade practices.

Last week, Trump asked U.S. trade officials to consider another $100 billion in tariffs on Chinese goods. China’s commerce ministry, for its part, said it would “fight back with a major response” if provoked.

Earlier in the year, the U.S. imposed tariffs on imported solar panels, as well as steel and aluminum imports.

China, in turn, implemented additional tariffs on 128 U.S. products, including fruit and pork, in response to the Trump administration’s decision to impose duties on steel and aluminum. It also announced extra tariffs on 106 U.S. products last week, although no start date was given for those measures.

Trump said in a tweet on Sunday that China will remove trade barriers as that was the “right thing to do.” The president also expressed optimism that the countries would strike a deal on intellectual property.

China is reportedly proposing a military base in the South Pacific 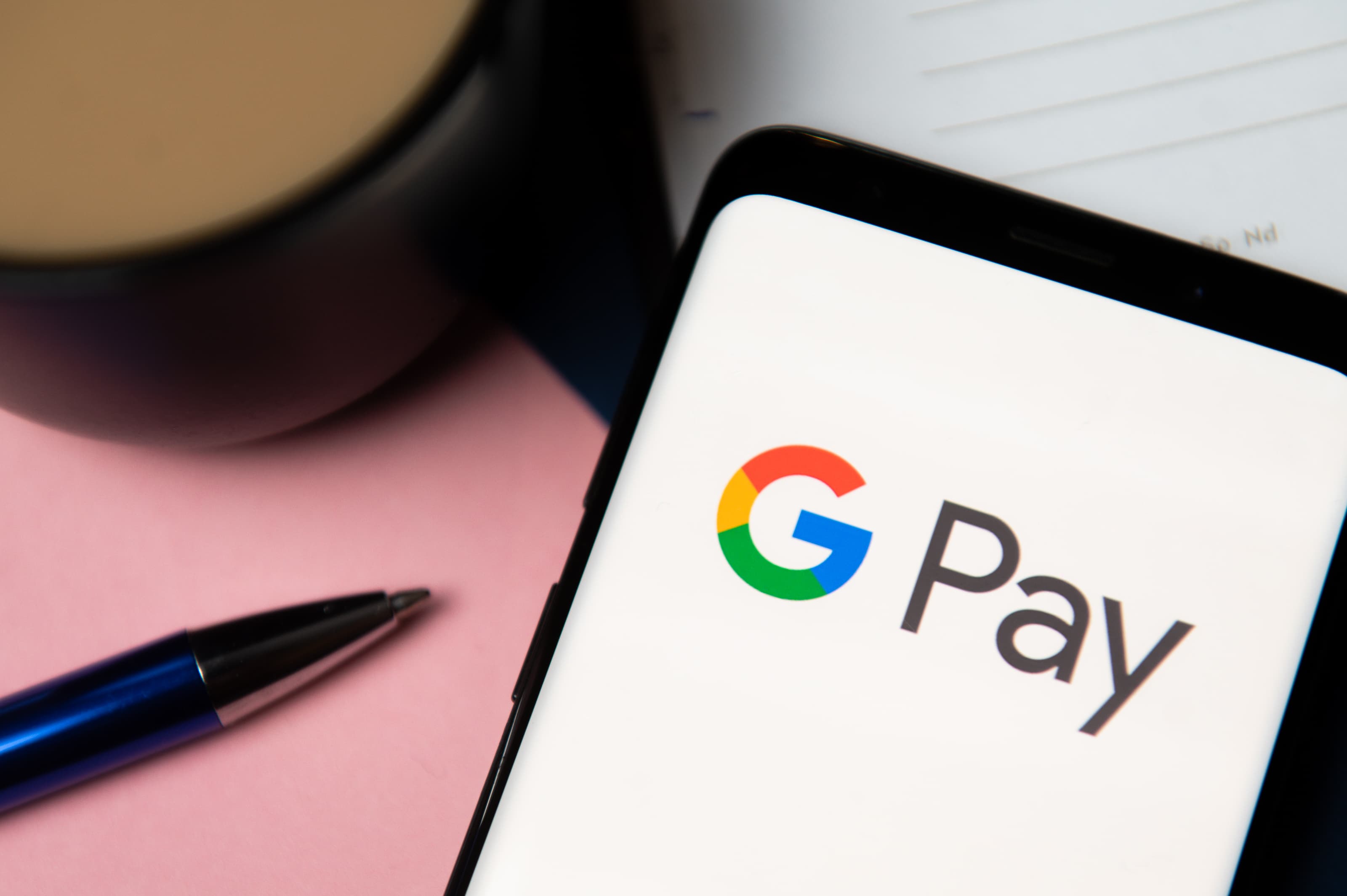 The Google Pay app now lets U.S. users make money transfers to India and Singapore thanks to integrations with Wise and Western Union.

Google is jumping into the massive remittances market.

The tech giant’s mobile payments service Google Pay announced Tuesday that users in the U.S. will now be able to send money to India and Singapore.

The company has teamed up money transfer firms Wise and Western Union on the feature, integrating their platforms into the Google Pay app. Users can choose between Wise or Western Union to move their money abroad. Google will take a small cut of the cross-border transactions made through its app.

Google Pay launched a new version of its app in the U.S. last year, marking a push into banking services with the addition of checking accounts from lenders like Citi, as well as rewards and budgeting insights.

Google is one of many large tech firms pushing deeper into the financial world. Apple launched its own credit card in partnership with Goldman Sachs in 2019. Facebook is making a number of moves in digital currency and payments. In China, Alibaba affiliate Ant Financial and Tencent have become formidable players in the digital payments space.

Still, these Big Tech companies have no apparent ambitions to become banks.

“We’re not planning to become a bank or a remittance provider,” Josh Woodward, Google Pay’s director of product management, said in an interview with CNBC. “We work with the ecosystem that already exists to build these products.”

Google’s latest financial services push will see it enter the huge remittances market. The World Bank forecasts that remittances into low- and middle-income countries were worth $508 billion in 2020. That’s actually down 7% from 2019, a decrease the bank attributed to the Covid pandemic’s impact on migration.

The news is a big win for Wise. The London-based fintech firm, formerly known as TransferWise, is increasingly selling its platform as a service to banks like France’s Groupe BPCE, Britain’s Monzo and Germany’s N26. Rival Western Union has been upping its digital strategy lately to ward off upstarts like Wise and WorldRemit.

Going forward, Google wants to expand its remittances feature into the 80 countries Wise operates in and, eventually, the 200 nations Western Union covers.

Facebook has been told to stop processing German WhatsApp data 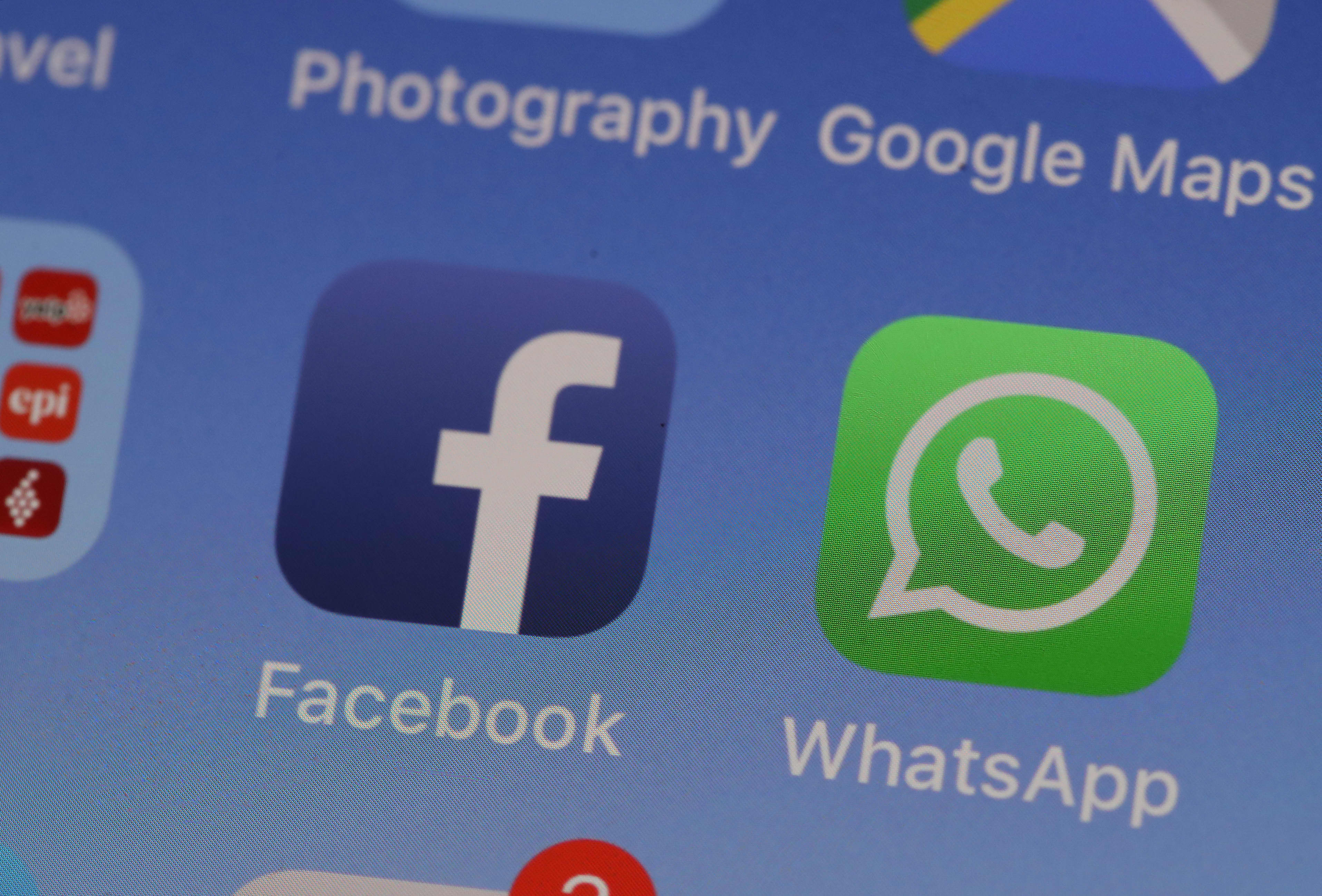 The WhatsApp messaging app is displayed on an Apple iPhone on May 14, 2019 in San Anselmo, California. Facebook owned messaging app WhatsApp announced a cybersecurity breach that makes users vulnerable to malicious spyware installation iPhone and Android smartphones. WhatsApp is encouraging its 1.5 billion users to update the app as soon as possible.

The Hamburg Commissioner for Data Protection and Freedom of Information, or HmbBfDI, said Tuesday that it has issued an injunction that prevents Facebook from processing personal data from WhatsApp.

Facebook said it is considering how to appeal the order.

Mark Zuckerberg’s social media giant has been looking for new ways to monetize WhatsApp, which is used by around 60 million people in Germany, ever since it acquired it for $19 billion in 2014.

WhatsApp users are being told to agree to the new terms by May 15 if they want to continue using the app, which now competes with rivals like Signal and Telegram.

But the update isn’t legal, according to Johannes Caspar, who leads the HmbBfDI. He has issued a three-month emergency order that prevents Facebook from continuing with WhatsApp data processing in Germany.

“The order is intended to safeguard the rights and freedoms of the many millions of users throughout Germany who give their consent to the terms of use,” he said in a statement. “It is important to prevent disadvantages and damages associated with such a black box procedure.”

Caspar said the Cambridge Analytica scandal and the data leak that affected more than 500 million Facebook users “show the scale and dangers posed by mass profiling,” adding that profiles can be used to manipulate democratic decisions.

“The order now issued refers to the further processing of WhatsApp user data,” said Caspar. “Global criticism of the new terms of use should give rise to a fundamental rethink of the consent mechanism. Without the trust of the users, no data-based business model can be successful in the long run.”

Caspar also urged a panel of European Union data regulators to follow suit, so the ban applies to all 27 EU members states.

A WhatsApp spokesperson told CNBC that the Hamburg Data Protection Authority’s order against Facebook is “based on a fundamental misunderstanding of the purpose and effect of WhatsApp’s update and therefore has no legitimate basis.”

They added: “Our recent update explains the options people have to message a business on WhatsApp and provides further transparency about how we collect and use data. As the Hamburg DPA’s claims are wrong, the order will not impact the continued roll-out of the update. We remain fully committed to delivering secure and private communications for everyone.”

Pipeline shutdown could push pump prices above $3 a gallon, highest since 2014 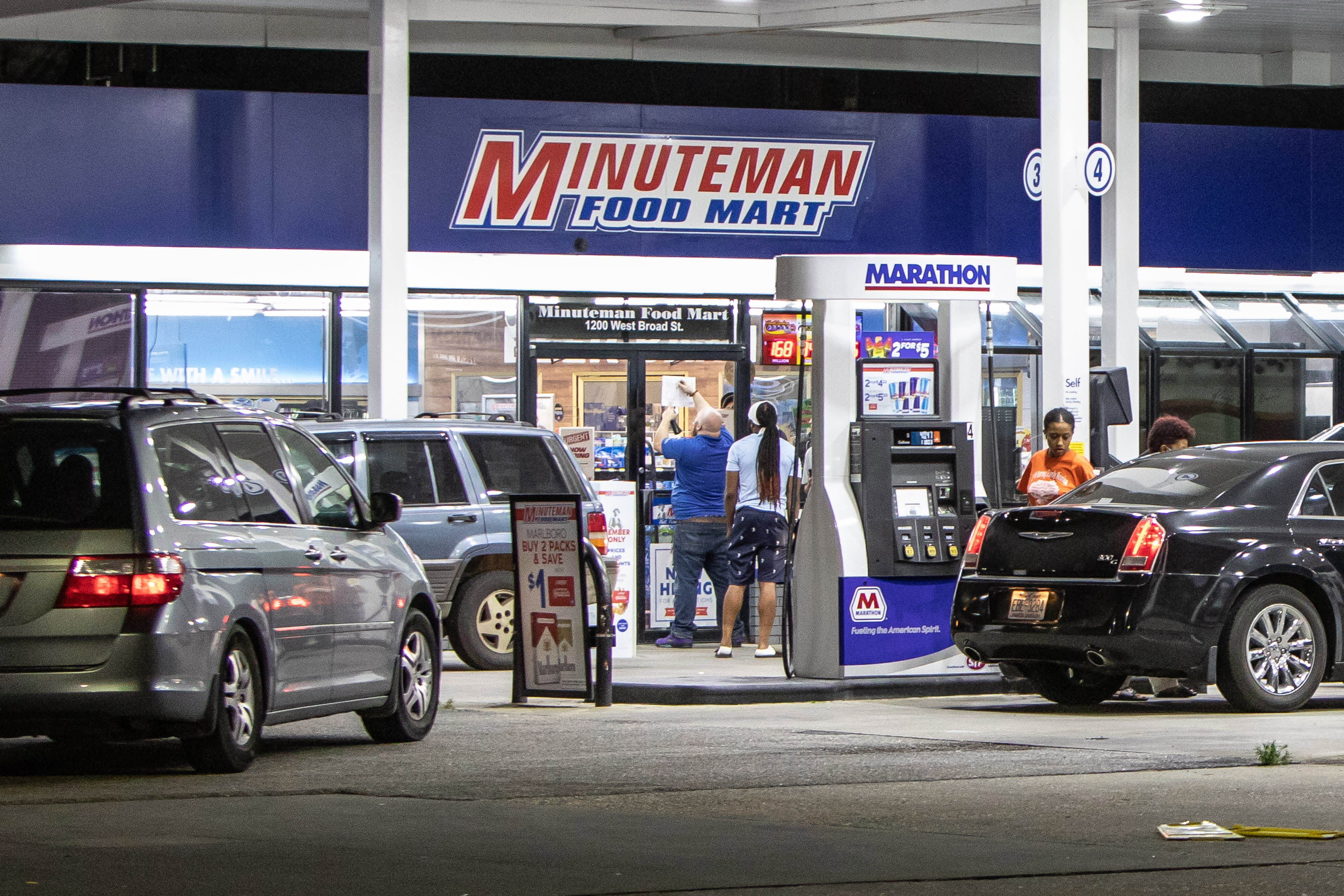 A store clerk posts a sign at a Marathon gas station in Elizabethtown, North Carolina, U.S., on Monday, May 10, 2021.

Gas prices could rise to their highest level since 2014 as portions of the Colonial Pipeline remain shutdown.

“AAA forecasts gas prices to climb this week in reaction to the shutdown of the Colonial Pipeline,” the road travel organization said in a statement. “The longer the pipeline is offline, the larger the impact on the east coast.”

Colonial Pipeline, which connects the Gulf Coast to the Northeast, transports roughly 45% of the East Coast’s fuel in a network stretching 5,500 miles. The system was taken offline Friday after the company fell victim to a ransomware cyberattack.

On Monday afternoon, the company said it was aiming to have all of its operations restored by the end of the week. Later Monday, it said one of its mainlines was open again but on a limited basis and under manual operation. The company’s website was down on Tuesday morning, so it was unclear if there were any overnight developments.

“This shutdown will have implications on both gasoline supply and prices, but the impact will vary regionally,” said AAA spokesperson Jeanette McGee, noting that Mississippi, Tennessee and the Eastern Seaboard from Georgia into Delaware could experience limited availability and price increases.

However, traders note that tanks are sufficiently supplied to meet demand, and that there are alternatives should the pipeline remain offline for an extended period. Additionally, the Department of Transportation declared a state of emergency across 17 states and the District of Columbia on Sunday evening, easing some of the restrictions around tanker trucks transporting gasoline and other fuels.

Drivers filling up their tanks in anticipation of a shortage could press the system, and some gas stations in the country are beginning to run out of fuel.

Queen's Speech: The 30 new laws announced and what they mean for YOU

Facebook has been told to stop processing German WhatsApp data