Avenatti will likely argue that, with a few words, Trump has effectively sealed off any option to personally enforce the settlement agreement or the arbitration clause against Daniels. Only Essential Consultants, or “EC” can even try to enforce it. EC is the only party other than Daniels who signed the agreement, and now Trump’s response affirms that EC and Daniels were the only parties who knew of the agreement’s existence.

So why would Trump make these statements that Avenatti said indicates he is “undisciplined” and has “finally cracked”?

Because Trump’s statements also fit with the Trump/EC/Cohen theory of the case, too.

Trump not knowing anything about the payments fits with the defense theory of the case: Trump didn’t sign the settlement agreement because he didn’t have to in order for it to be enforceable.

To Cohen and Trump, arguably, the “and/or” provisions of the contract mean that either Trump or EC could enforce it against Daniels. Because “and/or” gives EC power equal to Trump, Trump didn’t even need to sign the agreement.

In fact, Cohen’s attorney David Schwartz recently took it a step further, and argued to CNN’s Anderson Cooper that Trump is not a “party” at all, but rather a “third party beneficiary.”

A contract, made expressly for the benefit of a non-party, may be enforced by that non-party, even if he did not sign the agreement. In that case the non-party is a “third-party beneficiary.”

So in this situation, a “donee beneficiary” is a third-party beneficiary (Trump) to whom a party to the original agreement (Cohen) intends to make a gift of the other party’s (Daniels’) performance (not speaking about the alleged tryst) under the original contract.

Is the current Daniels/EC/Trump agreement, as worded, crystal clear as to whether Trump is a party or a third-party beneficiary?

Did Trump’s tweets on the Syria attack lock him into an even bigger military retaliation? STRONGSVILLE, Ohio — Rep. Matt Gaetz, the Florida Republican mired in controversy, told a crowd of Republican activists Saturday that sexual misconduct allegations involving him are as benign as legislative earmarks.

“I’m being falsely accused of exchanging money for naughty favors,” Gaetz said at the Ohio Political Summit, a gathering sponsored by the Strongsville GOP in suburban Cleveland. “Yet, Congress has reinstituted a process that legalizes the corrupt act of exchanging money for favors, through earmarks, and everybody knows that that’s the corruption.”

Gaetz’s keynote speech came a day after Joel Greenberg, a former Florida tax official and associate of the congressman, pleaded guilty to six charges and is cooperating in a federal sex trafficking investigation. Federal officials are looking into whether Gaetz and Greenberg used the internet to find women they could pay for sex and whether Gaetz had a sexual relationship with a minor he paid to travel with him, the New York Times reported.

Documents filed in connection the Greenberg’s plea agreement do not mention Gaetz. He has not been charged with a crime and has repeatedly denied wrongdoing.

An audience of at least 400 in person and others online turned out for the event, billed as a major forum ahead of the 2022 midterm election. A dozen or so guests trickled out after hearing from conservative commentator Candace Owens, who spoke before Gaetz, who delivered the final speech of the afternoon. But Gaetz received a standing ovation from those who stayed, and a dozen or so others lingered afterward for autographs and selfies.

Several Republican candidates for governor and U.S. House and Senate, had planned to address the crowd but backed out in recent days. Representatives from their campaigns declined to say why on the record, but all of them had committed before Gaetz was added to the program. Another scheduled keynote speaker, Rep. Lauren Boebert, R-Colo., didn’t show.

To fill the time, organizers used everything from video footage from Trump rallies to a local conservative radio host and others who acknowledged on stage that they had been pressed into speaking duty at the last minute.

The scene at a suburban banquet hall offered a preview of how GOP campaigns, particularly in messy primaries, will proceed over the next 18 months. Strongsville is the center of Ohio’s 16th congressional district, represented by Anthony Gonzalez, one of the few Republicans who voted to impeach Trump. The Ohio Republican Party, nudged along by the Strongsville GOP, has called on Gonzalez to resign. Here, many people believe the lie that the last election was stolen. (“Trump Won,” read a bumper sticker in the parking lot.)

Attendees booed whenever someone mentioned Gonzalez or Ohio Gov. Mike DeWine, a Republican who has become a villain to many in the party base for his acceptance of the 2020 election results and his cautious approach to the coronavirus pandemic. Far-right activists have taken to calling DeWine a RINO, or Republican In Name Only. If DeWine is renominated next year — and this week former Trump campaign manager Brad Parscale got behind former Rep. Jim Renacci as a potential primary challenger — some are considering protest votes.

“I’ll vote for Nan Whaley before I vote for Mike DeWine,” said Dave Desser, a Toledo businessman who is pushing a No More DeWine effort online. Whaley, the mayor of Dayton, is a Democratic candidate for governor whose team relishes such intramural GOP squabbling.

Aware they’d be on hostile ground, DeWine and Gonzalez had never planned to attend Saturday’s summit. Renacci bailed after Gaetz was added to the program. Max Miller, a former Trump White House aide who is challenging Gonzalez with the former-president’s endorsement, appeared via a pre-taped video. That left Joe Blystone and Jonah Schulz, lesser-known candidates for governor and the Ohio 16th, respectively, with the audience to themselves.

“We’re going to Trump this state,” said Blystone, a farmer who campaigns in a cowboy hat.

The most prominent 2022 candidate to speak was Josh Mandel, a former state treasurer who has aggressively positioned himself as the most pro-Trump candidate in the Senate race. At one point Mandel, who is seeking retiring Republican Sen. Rob Portman’s seat, went on an extended attack against a reporter, making sure attendees knew she was in the room as he read her tweets aloud. Mandel also revved up the crowd by lying about the 2020 election.

“Let me be very clear, this election was stolen from Donald Trump,” Mandel said. “My squishy establishment opponents in this race won’t say those words. But I will.”

Gaetz spent much of his speech railing against establishment Republicans such as Sen. Mitt Romney of Utah, and Paul Ryan, the former House speaker from Wisconsin. He praised one Ohio congressman, Rep. Jim Jordan, saying he aspired to be “the Robin to his Batman,” while castigating another, Gonzalez, a former first-round NFL draft pick who played in parts of five seasons.

The absent Gonzalez appeared to issue a subtle rebuke of Gaetz and the Strongsville GOP from afar.

“Ending child exploitation remains one of my top policy initiatives in Congress,” Gonzalez, alluding to the controversy surrounding Gaetz, tweeted during the event. “Anyone engaged in these heinous acts needs to be held accountable and taken off the streets.”

Confusing pension statements to be banned in huge retirement shake-up 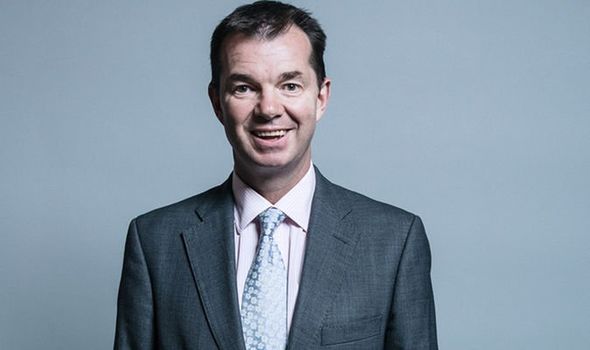 PENSION providers are to be forced to give much clearer information to people saving for retirement under new regulations being introduced by the government.

Labour warned over antisemitism AGAIN as MPs turn on Israel 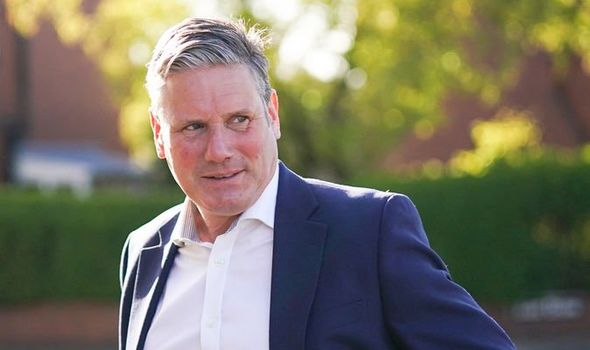 Labour MPs attacking Israel on social media have been warned they risk stoking division within Britain with Jewish communities this week being forced to bring in extra security after an increased level of threats.

After speaking with Biden, Netanyahu suggests Israel’s assault in Gaza will persist

Confusing pension statements to be banned in huge retirement shake-up

Labour warned over antisemitism AGAIN as MPs turn on Israel