The president had tweeted Tuesday morning that the caravan “had better be stopped” before reaching the U.S. By lunchtime, he was claiming victory.

“We’re going to have to include security in NAFTA,” he said, referring to the trade agreement he’s called a “cash cow” on Twitter and suggested tying to immigration reform. “So, that’ll be good.”

The group of more than 1,000 men, women, and children marching from Central America toward the United States promising to seek asylum made headlines on Sunday and Monday when the president falsely complained on Twitter that the hundreds of likely asylum seekers were seeking DACA protections and creating a dangerous situation. (No undocumented immigrant crossing the U.S. border now would be eligible for protections under the Obama-era Deferred Action for Childhood Arrivals program.)

The march was organized by a group called Pueblo Sin Fronteras, or People Without Borders, which said in a release they are seeking refuge from violence and corruption.

Buzzfeed reported that some caravan members still intend to try and reach the United States.

Mexican authorities were quick to note that they were following their own laws by respecting the demonstration, and that it wasn’t their job to police the United States’ border.

“It is not the responsibility of the Mexican government to make immigration decisions for the United States or any other nation,” said the joint statement from the government’s foreign and interior ministries. 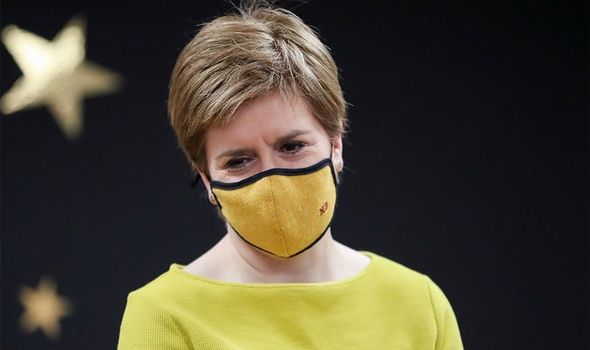