Some Glock semi-automatic pistols and non-lethal training ammunition are seen in Denver, April 2, 2016.

A Kentucky school board approved a preliminary proposal on Monday that would allow teachers to carry concealed weapons.

The unanimous decision from the Pike County School Board, in Pikeville — about 160 miles southeast of Frankfort, the state’s capital — comes amid the nation’s growing concern over how to best protect students following the Feb. 14 massacre in Parkland, Fla., the Lexington Herald Leader reported.

The Pike County proposal would let school staff volunteer to carry a concealed weapon and act as armed guards, the paper reported. The Sheriff’s Office would conduct background tests and offer firearms training.

Volunteers would also have to requalify several times per year.

The school board’s attorney will now work with the Pike Country Sheriff’s Office to create a final policy for the school board’s consideration – something that Schools Superintendent Reed Adkins told the paper he hopes to have approved within a few weeks, with school staff armed by the fall.

“You hope you’re making the right decision for kids, but I know right now something’s got to be done,” Adkins told the paper. “We may be criticized, but at the end of the day I’ll take criticism to protect my students.”

If approved, it will be the first school district to allow teachers to carry guns in the state, according to Jon Akers, executive director of the Kentucky Center for School Safety, who told the paper “every educational group across the country” is against the notion.

Two school districts near Dayton, Ohio have a confidential team of trained teachers authorized to access guns hidden in safes throughout the campus to defend against an active shooter situation.

Click here for more on this story from Lexington Herald Leader. 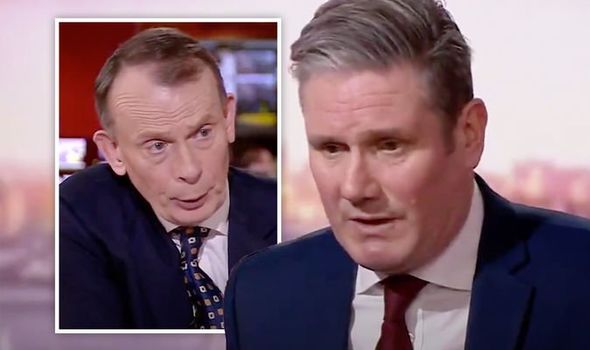 SIR KEIR STARMER is facing growing anger among Labour MPs at his handling of Brexit, with another backbencher lashing out at the party leader warning “policy by diktat rarely ends well”.

WASHINGTON — House Democrats are planning to introduce at least one article of impeachment against President Donald Trump on Monday for “incitement of insurrection” when his supporters violently breached the Capitol last Wednesday.

Members will unveil the article and other resolutions during a session of the House at 11 a.m. ET.

House Majority Leader Steny Hoyer, D-Md., will introduce a resolution prepared by Rep. Jamie Raskin, D-Md., that calls on Vice President Mike Pence to invoke the 25th Amendment to remove Trump from office, House Speaker Nancy Pelosi, D-Calif., said in a letter to her caucus on Sunday evening. Hoyer needs unanimous consent to pass the measure and, if any member blocks it, Democrats will hold a floor vote on the legislation Tuesday.

“We are calling on the Vice President to respond within 24 hours,” Pelosi said in her letter, which said that Democrats would pursue impeachment legislation next.

The “incitement of insurrection” article of impeachment will be introduced by Raskin and Reps. Ted Lieu, D-Calif., and David Cicilline, D-R.I., along with more than 200 Democratic co-sponsors. The measure says that Trump has “demonstrated that he will remain a threat to national security, democracy and the Constitution if allowed to remain in office, and has acted in a manner grossly incompatible with self-governance and the rule of law.”

“President Trump this warrants impeachment and trial, removal from office, and disqualification to hold and enjoy any office of honor, trust, or profit under the United States,” the resolution says.

Rep. Ilhan Omar, D-Minn., has also prepared two articles of impeachment related to Wednesday’s attack on the Capitol and the call Trump made to Georgia Secretary of State Brad Raffensperger, in which the president sought to have him to overturn Biden’s victory in the state.

Freshman Rep. Cori Bush, D-Mo., plans to introduce a resolution “to expel members to voted to overturn the election and incited a white supremacist coup that has left people dead. They have violated the 14th Amendment,” she said in a tweet Sunday. Rep. Eleanor Holmes Norton, D-D.C., also plans to unveil a resolution that would censure Trump.

House Democrats are expected to hold a conference call at 2 p.m. ET Monday about their “response to the violent assault on the Capitol.”

Pelosi and other House Democratic leaders have not explicitly said which, if any, articles of impeachment the House will vote on and the earliest a vote on any articles could be held is Wednesday. Democrats have overwhelmingly voiced support for the effort and fast-tracking it as Trump nears his final days in office.

Even if the House impeaches Trump this week, the earliest the Senate could begin to take it up would be January 19, according to a memo circulated by Senate Majority Leader Mitch McConnell, R-Ky., unless all 100 Senators agree to come back early. 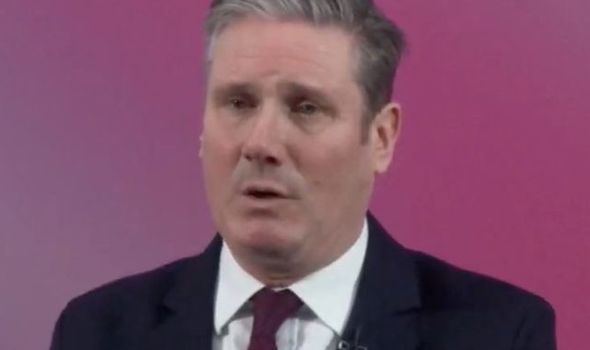 SIR Keir Starmer bypassed a question on how his party would fund additional financial help to families and businesses to cope with the latest lockdown as he suggested further restrictions may be needed soon.

Britons furious as 'deluded' Tony Blair plots comeback – 'He just will not go away!'

Melania Trump makes first comments about attack on the Capitol