NATIONAL HARBOR, Md. –  President Trump, in a fiery and freewheeling speech to conservative activists on Friday, implored his base to get off their “ass” and “clobber” Democrats in upcoming elections so they won’t try to repeal the Second Amendment, undo recent tax cuts and install liberal judges.

“If they get in, they will repeal your tax cuts,” Trump said during an appearance at the annual Conservative Political Action Conference outside Washington. “They will put judges in that you wouldn’t believe. They will take away your Second Amendment, which we will never allow to happen.”

Trump, in a speech reminiscent of those during the campaign, ticked off his accomplishments over the last year, including passing tax cuts, moving the U.S. embassy in Jerusalem and withdrawing from the Paris climate accords.

The president also used the occasion to address the recent debate over gun control, in the wake of last week’s school shooting massacre in Florida, and call for more armed security in schools. Had teachers been armed in Florida, Trump said, “the teacher would have shot the hell out of [the attacker] before he knew what happened.”

“When we declare our schools to be gun-free zones, it just puts our students in far more danger,” Trump said. “Well-trained gun-adept teachers and coaches should be able to carry concealed firearms.”

He rebuked ex-Broward County Sheriff’s Office Deputy Scot Peterson, who was on campus at Marjory Stoneman Douglas High School in Parkland, Fla., during the shooting but did not go inside while it was happening. Before the speech Friday, Trump suggested Peterson is a “coward.”

“You had one guard, he did not turn out to be real good, I will tell you that,” Trump said. “He turned out to be not good. He was not a credit to law enforcement, that I can tell you.”

Trump emphasized his support for NRA but said “we really do have to strengthen up” background checks for gun owners.

He also riled up the crowd by reminiscing about the 2016 election, calling Democratic nominee Hillary Clinton a “crooked candidate.” At one point, the crowd broke into “lock her up chants,” like his supporters did during the campaign.

“Boy, have they committed a lot of atrocities, when you look, right?” Trump said of the Democrats.

He emphasized to the crowd the importance of future elections, including the upcoming midterms and 2020 presidential contest, warning the crowd not be complacent. Trump expressed hope Republicans “clobber” Democrats “because everybody gets off their ass, and they work.”

“It is a natural instinct,” the president said. “You just won, and now, you’re happy and complacent. Don’t be complacent.”

Trump said of the upcoming midterms: “We have to get out there, and we have to fight in ’18 like never before.”

Amid a breakdown in negotiations over protecting illegal immigrants who came to the United States as children, Trump said Democrats “totally abandoned DACA,” saying they aren’t willing to negotiate on other immigration reforms. He called for a merit-based system and expressed his opposition to the VISA lottery program, saying: “They are not giving us their best people, folks.”

The crowd at the Gaylord National Resort & Convention Center was packed with college students, many of whom were wearing iconic red “Make America Great Again” hats.

“By the way, you don’t mind if I go off script a little bit,” the president told the audience.

He didn’t hold back criticism of Republicans who haven’t supported his agenda – making reference to Arizona Sen. John McCain, who has been battling cancer and who voted against the Trump plan to repeal ObamaCare.

“I don’t want to be controversial so I won’t use his name,” Trump said of McCain.

The president also ripped into the media, referring to “all those horrible people back there.”

“They are going to support me,” he said. “You know why? Because if somebody else won, their ratings would go down, they would all be out of business.”

Trump acknowledged coming back to address the gathering for sentimental reasons: it was at CPAC where he said he gave his first political speech in 2011 and tested out his message to conservatives ahead of his 2016 presidential run. Matt Schlapp, the chairman of the American Conservative Union, which hosts CPAC, pleased the president in his introduction by saying Friday’s audience for Trump was the biggest in CPAC history.

At the end of the speech, Trump used the speech to announce what he referred to as the “heaviest set of sanctions ever imposed” against the North Korean regime.

He also paid tribute to Billy Graham, the evangelist and spiritual adviser to multiple past presidents who died this week, saying “we will never forget the historic crowds, the voice, the energy, and the profound faith.”

There were also several light-hearted moments. Early in the speech, the president pointed to a large screen streaming his speech, turned around and pointed to his hair, and joked: “I try like hell to hide the bald spot, folks!”

Like he occasionally did during the campaign, he read the lyrics from the song “The Snake” to argue against allowing dangerous people into the country.

When one protester interrupted his speech, the crowd broke into “USA” chants. “How did he get in here, Matt?” Trump said, referencing Schlapp, the leader of CPAC.

“He was very obnoxious,” the president said of the protester. “It was only one person.” 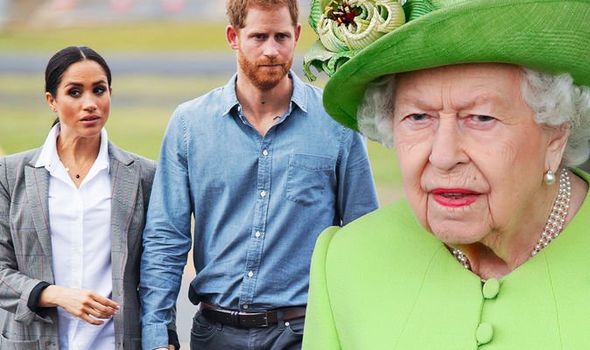