President Trump on Wednesday again dinged Attorney General Jeff Sessions, this time asking why the Democrats in the Obama administration aren’t being investigated as part of the probe into Russian meddling in the 2016 election.

“Question: If all of the Russian meddling took place during the Obama Administration, right up to January 20th, why aren’t they the subject of the investigation?” Trump tweeted.

Trump added: “Why didn’t Obama do something about the meddling? Why aren’t Dem crimes under investigation? Ask Jeff Sessions!”

Sessions, because of his role on the Trump campaign, recused himself from the special counsel’s Russia probe months ago – a move that angered Trump and has caused him to lash out at his attorney general over and over.

The Sessions recusal, followed by Trump’s firing of James Comey at the FBI, paved the way for the appointment of Robert Mueller as special counsel.

Trump’s tweet comes after a federal grand jury on Friday indicted 13 Russians and three Russian companies for allegedly interfering in the 2016 presidential election, in a case brought by Mueller that detailed a sophisticated plot to wage “information warfare” against the U.S.

13 RUSSIAN NATIONALS INDICTED FOR INTERFERING IN US ELECTIONS

The Russian nationals are accused of setting a “strategic goal to sow discord in the U.S. political system, including the 2016 presidential election.”

The indictment – the first filed against Russian nationals as part of Mueller’s probe – effectively returned focus to the meddling activities out of Russia in the run-up to the 2016 election, following a string of charges relating to the actions of Trump associates.

However, the 37-page indictment said the actions detailed by prosecutors date back to 2014.

Trump and Republican allies have seized on this to question whether the Obama administration did enough to head off their efforts — even as Trump critics say the current president has been softer on Russia than Obama.

“Russia started their anti-US campaign in 2014, long before I announced that I would run for President,” Trump tweeted last week. “The results of the election were not impacted. The Trump campaign did nothing wrong – no collusion!” 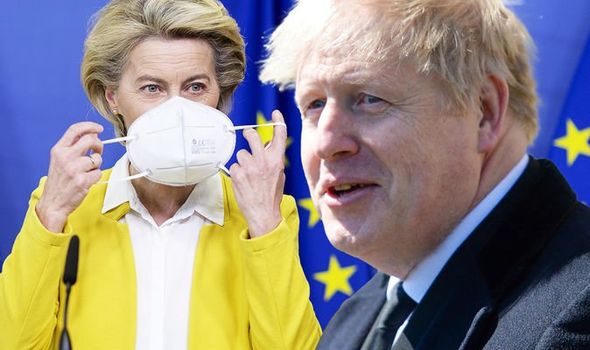 BREXIT has given the UK economy a timely shot in the arm amounting to two percent of GDP – equal to almost £4billion – largely because unshackling itself from the EU enabled Britain to get a vital head-start on the vaccination rollout, a new analysis has indicated.

Get over it! Juncker admits MAJOR Brexit mistake – 'I shouldn't have listened to Cameron!' 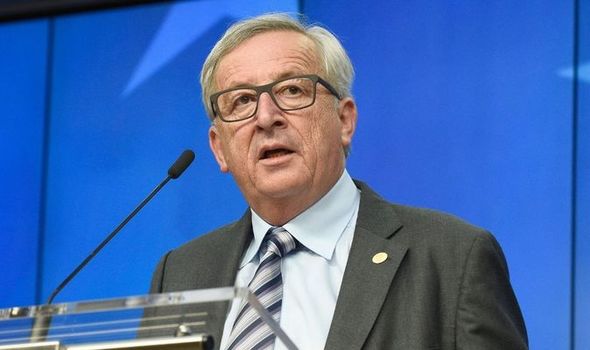 JEAN-CLAUDE JUNCKER has admitted he should not have listened to David Cameron during Brexit in a major revelation today.

Two far-right House Republicans linked to a document outlining a policy platform calling for the protection of “Anglo-Saxon political traditions” distanced themselves from what they called a draft of prescriptions for a new “America First Caucus.”

Rep. Paul Gosar, R-Ariz., said in a Saturday statement that he “did not author” the document in circulation and only became aware of it after it was reported by the news media, adding that he “will continue to work on America First issues in the House Freedom Caucus.”

“Let me be perfectly clear, I did not author this paper,” he said. “In fact, I first became aware of it by reading about it in the news yesterday, like everyone else.”

Additionally, Nick Dyer, a spokesperson for Rep. Marjorie Taylor Greene, R-Ga., said in a statement that the document was merely “an early planning proposal and nothing was agreed to or approved.”

When the document first surfaced Friday, Dyer assailed “dirty backstabbing swamp creatures” for sharing the document with Punchbowl News, which first reported on its contents and said the effort was linked to Gosar and Greene. “Be on the look out for the release of the America First Caucus platform when it’s announced to the public very soon,” he added.

Greene herself released a statement Saturday calling the platform “a staff level draft proposal from an outside group that I hadn’t read.”

The outline for the new group contained a number of nativist ideas that Democrats lambasted as racist while some Republicans have also condemned the effort. The seven-page organizing document, which includes the group’s name and a logo, says: “America is a nation with a border, and a culture, strengthened by a common respect for uniquely Anglo-Saxon political traditions.”

The document backs new infrastructure projects so long as they are in keeping with “the progeny of European architecture, whereby public infrastructure must be utilitarian as well as stunningly, classically beautiful, befitting a world power and source of freedom.”

Soon after the document’s release Friday, Rep. Louie Gohmert, R-Texas, told reporters he was considering joining the group and confirmed Greene’s involvement with it, adding though that he had not seen the platform language about Anglo-Saxon traditions.

“It’s not supposed to be about race at all,” he said. “We’re stronger as diversified. But there are some things that help make us strong. Slavery nearly destroyed us.”

Gosar and Greene both have faced backlash this year — Greene for her promotion of conspiracy theories, which led Senate Minority Leader Mitch McConnell, R-Ky., to condemn her for spreading “loony lies” and the Democratic-controlled House removing her from committees in February, and Gosar for speaking at “Stop the Steal, promoting the Jan. 6 rally ahead of the Capitol riot and spreading falsehoods about the 2020 election.

Among the Republicans who pushed back on the platform included Rep. Liz Cheney, R-Wyo., who tweeted Republicans “teach our children the values of tolerance, decency and moral courage.”

“Racism, nativism, and anti-Semitism are evil,” she continued. “History teaches we all have an obligation to confront & reject such malicious hate.”

“Listen, America is a land of immigration,” he said. “We’ve been the world’s giant melting pot for 250 years. And we ought to celebrate the fact that we are this giant melting pot. And to see some members of Congress go off and start this America First Caucus, it’s the silliest thing I’ve ever seen. And Republicans need to denounce it.