In November, the Supreme Court agreed to hear a case on whether a California law passed in 2015, which requires anti-abortion pregnancy centers to inform clients about free or low-cost abortion services, is a violation of free speech.

Here’s what you need to know about National Institute of Family and Life Advocates v. Becerra before oral arguments are expected to begin on March 20.

What does the California law say?

California’s Freedom, Accountability, Comprehensive Care and Transparency Act, more commonly known as the FACT Act, was passed in October 2015. It requires pregnancy facilities to post a disclosure to inform clients that “California has public programs that provide immediate free or low-cost access to comprehensive family planning services, prenatal care and abortion for eligible women,” according to the law. It also requires unlicensed, non-medical facilities to inform clients that they are not licensed medical providers.

The public notice is required to be posted in a “conspicuous place” in the facility’s waiting room, and must be “8.5 inches by 11 inches and written in no less than 22-point type.” However, clinics can also choose to provide printed or digital notices to clients instead.

If pregnancy centers fail to comply with the law, they’re fined $500 for a first offense and $1,000 for each subsequent offense, according to the law.

What’s the rationale behind the law?

More than 700,000 California women become pregnant each year, and half of those pregnancies are unintended. Yet, “thousands of women remain unaware of the public programs available to provide them with contraception, health education and counseling, family planning, prenatal care, abortion or delivery,” California legislators argue.

“Because pregnancy decisions are time sensitive, and care early in pregnancy is important, California must supplement its own efforts to advise women of its reproductive health programs,” the law reads.

Low-income women can receive access to free or low-cost family planning services through California’s Medi-Cali and Family PACT programs. But only Medi-Cal providers who are enrolled in the Family PACT program can enroll patients at their health centers. That’s why legislators argue that the most effective way to ensure women in the state “quickly obtain the information and services they need to make and implement timely reproductive decisions,” according to the bill, is by requiring licensed health care facilities — regardless of their stance on abortion — to inform women of their options.

In addition, legislators argue it’s “vital” that pregnant women in the state know when they are receiving medical care from a licensed professional. This is addressed by the requirement that unlicensed facilities that “advertise and provide pregnancy testing” must disclose to clients that they are not licensed medical care providers.

This portion of the law is also targeted at religious pregnancy resource centers because many of them are not licensed medical facilities, supporters of the legislation say — adding that these facilities provide misleading information about the services they offer to women to deter them from getting an abortion.

What’s happened since the law was passed?

The legislation triggered lawsuits almost immediately after it was passed. One religious non-profit, the Scharpen Foundation, won its case against the state of California and will no longer have to adhere to the FACT Act. But other pro-life pregnancy centers have been widely unsuccessful in getting the law overturned, especially at a federal level.

The National Institute of Family and Life Advocates, commonly known by its acronym “NIFLA,” and the plaintiff in the Supreme Court case, sought a preliminary injunction to prohibit enforcement of the Reproductive FACT Act. NIFLA claimed that the law violated their First Amendment rights to free speech and free exercise of religion.

But the 9th Circuit Court of Appeals rejected both arguments and upheld the law — arguing that the state could regulate professional free speech and the law protects public health interests.

On Nov. 13, the Supreme Court granted “certiorari,” or a formal order, to only review NIFLA’s free speech argument.

What do opponents say?

NIFLA, which first filed a legal challenge to the FACT Act in 2016, is a public interest law firm that gives legal counsel and training to pregnancy centers across the country.

Roughly 135 pregnancy resource centers in California are members of NIFLA, Thomas Glessner, founder and president of the organization, told Fox News. With the Supreme Court case approved, this means that NIFLA will fight the law for each of its members collectively as opposed to each center individually fighting the law on its own.

“[The law] was a brilliant political move on their part,” Glessner said. “It mandates under law that the pro-life centers are advertising for abortion.”

But Glessner added that he thinks it’s “scandalous that the law allows a multimillion-dollar abortion industry to bully small non-profits.”

While the case is related to abortion, the real issue here, he said, is compelled speech — a form of speech that is presumably unconstitutional.

“Can the government impose and compel a faith-based ministry to proclaim a message that they are fundamentally opposed to with the risk of being fined or shut down?”

“Can the government impose and compel a faith-based ministry to proclaim a message that they are fundamentally opposed to with the risk of being fined or shut down?” he asked. “That’s the issue here.”

Glessner said he believes NIFLA, which will be represented in court by the Christian non-profit Alliance Defending Freedom (ADF), is “going to win going away,” adding that the Supreme Court “hates compelled speech, which is why I’m confident we’ll get the liberals on the court.”

In a statement to Fox News, Denise Harle, legal counsel for the ADF, said: “It is unjust for the government to force anyone to speak a message they disagree with — and to punish them if they don’t.”

What do supporters say?

In a statement, California Attorney General Xavier Becerra vowed to uphold the law.

“Information is power, and all women should have access to the information they need when making personal health care decisions,” Becerra said. “The Reproductive FACT Act ensures that women in California receive accurate information about their health care options, including whether a facility is a licensed medical provider. The California Department of Justice will do everything necessary to protect women’s health care rights.”

The attorney general was not immediately available for additional comment when contacted by Fox News.

What will happen if NIFLA wins? What if they lose?

The Supreme Court is intervening to regulate these types of laws and provide a sense of consistency.

Indeed, other courts in states like New York, Texas and Maryland have invalidated laws that were similar to California’s FACT Act. But some states — such as Hawaii and Illinois — currently have similar laws in place, which, like in California, have also led to appeals and other lawsuits. Specifically in Hawaii, Glessner said, one of the pregnancy resource centers is located in a church.

“If we win California, that should take care of Hawaii,” he said.

It’s hard to speculate on what will happen if NIFLA either wins or loses. But if NIFLA does win the case, the law will be enjoined and California will not be able to enforce it, Glessner said. If NIFLA loses, similar laws could be passed in the future.

Additionally, a win in this case would mean “the Supreme Court confirms that all Americans are free to speak or not to speak, without coercion from the government,” Harle said.

“The Supreme Court has continually held that the government cannot compel people to speak messages against their consciences, and we are very hopeful we’ll prevail on this basic question of free speech,” she added. 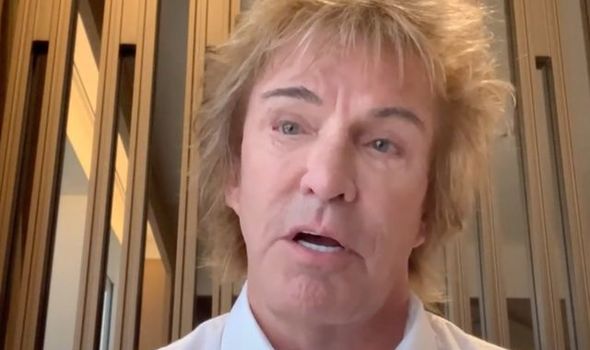 PIMLICO PLUMBERS’ founder Charlie Mullins has come under attack by Vaccine Minister Nadhim Zahawi after he announced his employees will not be able to return to work unless they have been vaccinated against coronavirus. 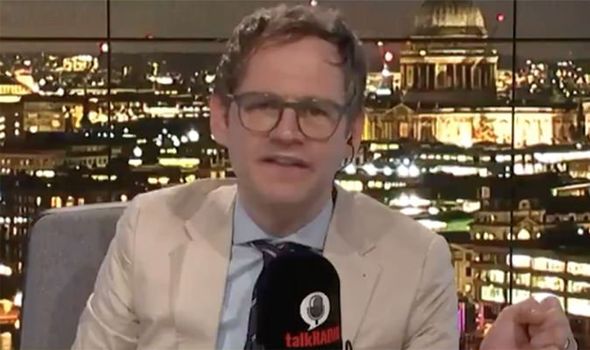 BRUSSELS has been condemned for “cruelly” punishing Britain, after a UK radio host accused the EU of already breaking with the Brexit trade deal. 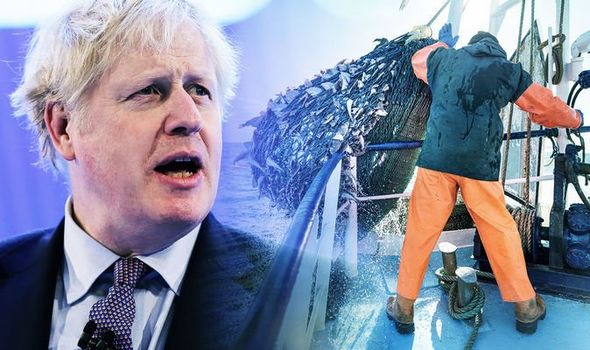 BORIS JOHNSON has been warned that breaking his Brexit promise to Scottish fishermen will lead to a greater push for independence within Scotland.

China says it will sanction U.S. officials for ‘nasty’ behavior on Taiwan