WASHINGTON –  Campaigning to keep his job, Veterans Affairs Secretary David Shulkin said Tuesday he had no intention of quitting despite blistering findings of travel abuses connected to his 11-day trip to Europe. He issued an extraordinary warning to VA staff rebelling against him: Get back in line or get out.

Speaking after a Tuesday meeting at the White House, Shulkin told The Associated Press that White House chief of staff John Kelly affirmed he still had the trust of President Donald Trump. Reports have swirled in recent days of White House officials looking to oust Shulkin for not hewing more closely to the Trump agenda as well as VA press officials refusing to serve him.

Shulkin, a former VA undersecretary of health in the Obama administration, denied he was straying off course. A VA inspector general report last week found that Shulkin had improperly accepted Wimbledon tennis tickets and his staff lied that he was getting an award in order to justify his wife accompanying him at taxpayer expense on an 11-day European trip in July that mixed business and sightseeing.

“There is no doubt I am the secretary,” he said.

Indicating that changes may be in store at the VA, Shulkin added: “Anyone that is not able to get on board with that is not going to be able to remain at VA.”

Trump spokeswoman Sarah Huckabee Sanders said at a briefing Tuesday that she had no reason to believe Shulkin’s job was in danger. “If somebody no longer has the confidence of the president you guys will know,” she said.

Their statements come as several major veterans organizations have rallied behind Shulkin, citing concerns over his Europe travel but declaring him the best person to lead the VA at a time of major change. The department is seeking to expand private care options for veterans at government expense, a Trump campaign priority that has raised some concerns among veterans groups of undue “privatization.”

“While we were disappointed to learn of the recent issue with the secretary’s travel, we believe that the current controversy surrounding Shulkin is part of a larger effort to remove him and install others who would take steps to privatize the services provided to our nation’s heroes by the VA,” said American Legion National Commander Denise H. Rohan in a statement.

Addressing the travel controversy, Shulkin said he should have paid closer attention to travel policies rather than rely on staff who he said insisted that his wife would be able to fly commercial airfare for the 11-day trip to Denmark and Britain in July without any problems. The VA inspector general determined that Shulkin’s top aide, Vivieca Wright Simpson, actually had doctored emails to falsely represent that Shulkin was being honored in Denmark to justify the free travel. Wright Simpson retired from her post last Friday in the wake of the IG report.

At least one lawmaker, Rep. Mike Coffman, R-Colo., has called on Shulkin to resign over the improprieties; other lawmakers have suggested he should do more to explain himself and acknowledge fault.

On Tuesday, Shulkin stressed he regretted that the incident had become a distraction to Trump’s agenda and said he would pay more attention to VA’s travel policies in the future.

“I am extraordinarily busy,” Shulkin said. “I wished I asked more questions.” Pledging to put aside the “distractions,” he said he would continue pushing forward with bipartisan legislation in Congress and had called a VA leadership department meeting on Tuesday to reiterate that people who “hijack” the VA agenda won’t be tolerated.

We warned you! EU-loving Ireland punished as fishermen hit – ex-diplomat rages at bloc 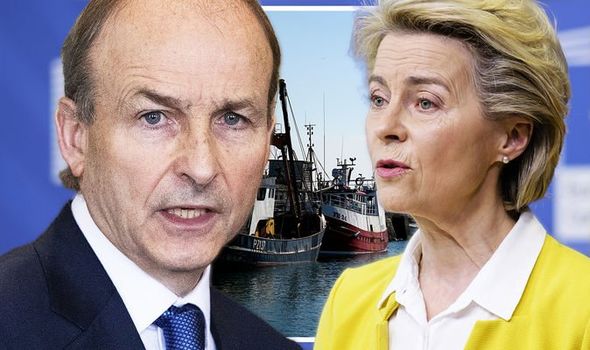 THE EU is hell-bent on destroying Ireland’s fishing industry with its latest rule changes, a former Irish diplomat has warned, while lambasting Micheal Martin’s Government for the “cringe-inducing meekness” of its response. 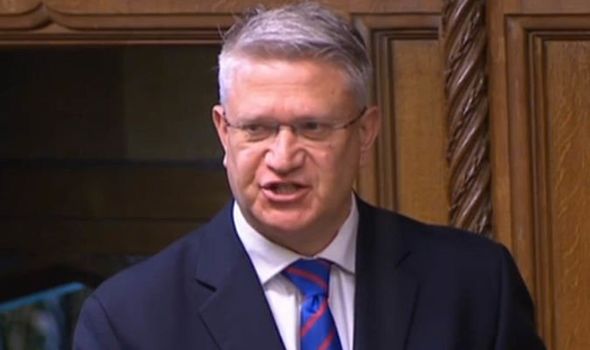 CONSERVATIVE MP Andrew Rosindell urged Prime Minister Boris Johnson to place a statue of US President Ronald Reagan in Parliament Square after one was removed from outside a former US embassy in London.

WASHINGTON — President Joe Biden will deliver remarks Wednesday about his administration’s efforts to increase Covid-19 vaccinations as his administration reaches the goal of administering 200 million shots in his first 100 days in office.

That milestone, which Biden doubled in March when it became clear that vaccinations were on pace to meet the goal, translates into about half of U.S. adults having received at least one dose of coronavirus vaccine, while about a third are fully vaccinated.

Biden has set a date of July Fourth for returning much of the country to some semblance of normalcy. With vaccines now available to people 16 and older, the administration is pushing to expand and accelerate the delivery of the shots.

Earlier this week, the administration began a media blitz to promote the eligibility of all adults to get the shots in an effort to address vaccine hesitancy in some groups, including among Republicans and minority communities. An analysis of federal data shows that states are seeing a rise in unused vaccine doses as demand flattens. Concerns about the use of Johnson & Johnson’s vaccine also remain unresolved, although CDC advisers will meet Friday to discuss the next steps for the vaccine.

White House press secretary Jen Psaki said Tuesday that the administration will not need to rely on the Johnson & Johnson vaccine to meet its goals.

“We remain confident in our ability to meet the needs that we feel will be out there in the public by the end of May, and we will have enough vaccine for every American by the end of July without J&J,” she said. “That is based on the supply that we’ve ordered from Moderna and Pfizer.”

We warned you! EU-loving Ireland punished as fishermen hit – ex-diplomat rages at bloc

'We're in a pandemic!' Even Blair defends Boris from Labour attacks over James Dyson texts

Multi-millionaire, 90, conned out of £23m by phone scammers in Hong Kong | World News