House Intelligence Committee Republicans have launched “phase two” of their probe into the origins of the unverified anti-Trump dossier, firing off an inquiry to a host of current and former officials including former FBI director James Comey.

In a letter obtained by Fox News, committee Chairman Devin Nunes, R-Calif., posed a string of dossier-related questions to current and former intelligence; law enforcement; and State Department officials. He specifically wants to know when they learned the document was funded by Democratic sources, and how it was used to obtain one or more surveillance warrants at the secret Foreign Intelligence Surveillance Court.

In the Feb. 20-dated letter, Nunes even threatened to issue subpoenas.

“If you do not provide timely answers on a voluntary basis, the Committee will initiate compulsory process,” he wrote.

Nunes, with cooperation from the White House, earlier this month released a controversial memo alleging the anti-Trump dossier – compiled by former British spy Christopher Steele and funded by the Democratic National Committee and Clinton campaign – was crucial in the application for a surveillance warrant against Trump associate Carter Page.

Democrats have called that memo misleading and want to release a memo of their own – though have been delayed amid national security objections from the White House. Amid the firestorm, Nunes told Fox News earlier this month that his committee would pursue “phase two” of the investigation.

He suggested this would include scrutinizing the State Department and other agencies.

The new letter includes a dozen questions about the dossier, including how the officials in question learned of the document’s Democratic funding and whether they held meetings about the unverified allegations against Trump or took any other official action.

Fox News understands the questionnaire went out to about two-dozen current and former officials.

Among them were Comey, former director of national intelligence James Clapper and former CIA director John Brennan, who testified in May 2017 that the Trump dossier was virtually unknown to him.

“I have no awareness,” Brennan said, when asked by GOP Rep. Trey Gowdy if the FBI ever relied on the dossier as part of any court applications.

The newly released GOP memo says the FBI and Justice Department relied heavily on the Trump  dossier and downplayed its Democratic roots.

A source close to the investigation is not ruling out the possibility that more officials could be questioned as the next phase of the probe continues.

Perhaps anticipating this phase of the investigation, an Obama State Department official earlier this month acknowledged he had regular contact with the dossier’s author.

In a Washington Post column, Jonathan Winer detailed an extensive exchange of documents with Steele, a friend of his since 2009. He said he shared “more than 100 of Steele’s reports with the Russia experts at the State Department” over a period of two years. These weren’t related to American politics – but he would later share information about the Trump dossier with the top levels of the Obama State Department.

Further, Winer said he shared separate Trump-related material passed on by a Clinton contact with Steele. And he acknowledged that material, originally from Clinton-tied activist/journalist Cody Shearer, made its way to the FBI.

In publishing his Op-Ed, Winer wrote that he suspects Nunes wants to know about his own relationship with Steele while at the Obama State Department.

Mueller’s Russia investigation: What to know 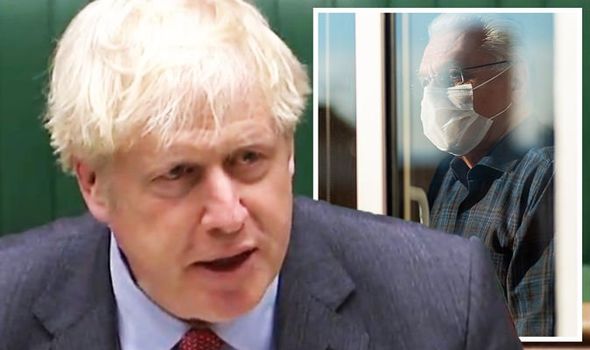 BORIS JOHNSON has confirmed that people who were originally told to shield during the coronavirus pandemic will not be asked to do so again unless they live in an area that is under local lockdown.

Schumer: McConnell has ‘no right’ to fill Ginsburg’s seat before election

Brexit panic: UK warned 'US is IRISH' and no trade deal to thwart EU nation will be made 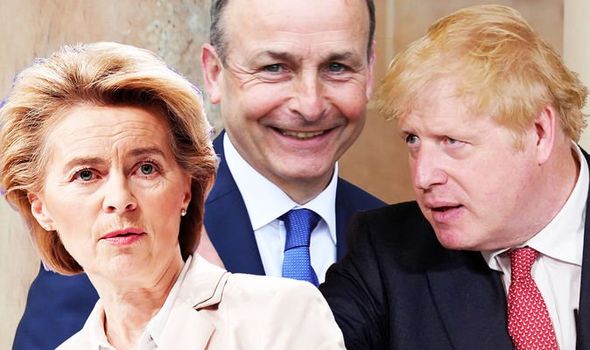 BREXIT negotiators were warned that the “US is Irish” and that any future trade deals between Washington and the UK would not “thwart Ireland or the EU”, unearthed accounts reveal.

Schumer: McConnell has ‘no right’ to fill Ginsburg’s seat before election

Brexit panic: UK warned 'US is IRISH' and no trade deal to thwart EU nation will be made

Nikola founder Trevor Milton forfeits $166 million in stock and gets to keep $3.1 billion under separation deal

BBC host loses it with Gove over UK's latest coronavirus rules: 'You didn't answer me!'

Conservatives push anti-abortion rights as litmus test for next nominee