From the storied hallways of the J. Edgar Hoover building to field offices around the country, the Federal Bureau of Investigation faces a crisis of confidence as rank-and-file agents are blamed for not preventing recent attacks and top brass finds itself in the middle of an unfolding political fight.

The blitz of bad news is taking a toll on the intensely proud bureau’s members, both past and present.

“In my experience, I can’t say I know of any parallel to what is going on now,” former FBI Assistant Director Ron Hosko told Fox News.

The two-pronged attack on the bureau’s credibility reached a crescendo last week, when the bureau admitted it had not acted on a tip that might have stopped Florida school shooter Nikolas Cruz. President Trump, in turn, seized on the grave error to effectively accuse the bureau of making mistakes because agents have been consumed with the Russia probe.

Feb. 13, 2018: FBI Director Christopher Wray, in Washington, D.C., speaks during a Senate Select Committee on Intelligence hearing on worldwide threats. Wray is facing a call to resign in the wake of the Florida high school shooting.

While the DOJ triumphantly announced Friday that Special Counsel Robert Mueller’s investigation had indicted 13 Russian nationals, Trump stressed that the case did not show collusion with his campaign.

The ignored warning about Cruz was especially painful, because it was the second such admission in the case. Cruz gunned down 17 students at Marjorie Stoneman Douglas High School in Parkland, Fla., on Feb. 14. It quickly emerged that a YouTuber had warned the FBI someone sharing the same name had said he wanted to be a “professional school shooter” back in September.

Then came word on Friday that another tipster had given the bureau an even more specific warning Jan. 5, and that had also been ignored.

“This kid was flashing red and the system failed,” Hosko said. “The FBI has had its piece in that and it’s a significant piece.”

Trump was quick to tie the two issues together, tweeting that the bureau missed signals because it was “spending too much time trying to prove Russian collusion with the Trump campaign,” then urging it to “Get back to the basics and make us all proud!’

FBI Director Christopher Wray, selected by Trump to bring stability to the bureau after he fired James Comey, has vowed to get “to the bottom of what happened in this particular matter.”

But Florida Gov. Rick Scott has had enough. In his view, Wray – who was just installed as the bureau’s new leader on Sept. 28 — already has to go.

Feb. 16, 2018: Florida Gov. Rick Scott, right, accompanied by President Donald Trump, left, speaks as they meet with law enforcement officers at the Broward County Sheriff’s Office in Pompano Beach, Fla. Both Trump and Scott have blasted the FBI in the wake of the Florida high school shooting.

And the Florida shooting isn’t the only case currently generating questions about what the FBI knew, and when.

The father of Ahmad Khan Rahimi, a convicted terrorist sentenced to multiple life terms in prison Tuesday for planting pressure-cooker bombs in New York and New Jersey in 2016, says he raised concerns about his son to the FBI two years before the detonations, which injured 30, but nothing ever came of it.

“After two months, they call me [and say] “Oh, your son is not doing any act like a terrorist,'” Mohammad Rahami told WNBC on Thursday. “I said, ‘You sure he not doing anything?’ He say, ‘Yeah, that’s good news.'”

“It allows the president – gives him the ammunition – to say what the hell is going on with the FBI?”

Back in Washington, a shakeup of bureau leadership in recent weeks has led to the departure of Andrew McCabe — following months of conflict-of-interest complaints from Trump and Republicans — and James Rybicki, Wray’s chief of staff.

Fox News was told McCabe — who has been questioned for his ties to the Democratic Party — was “removed” from his post and will no longer be reporting to work at the FBI. His wife, as a Democrat, ran for a Virginia Senate seat in 2015 and had her campaign financially boosted by a group linked to Clinton family pal Terry McAuliffe.

“How can FBI Deputy Director Andrew McCabe, the man in charge, along with leakin’ James Comey, of the Phony Hillary Clinton investigation (including her 33,000 illegally deleted emails) be given $700,000 for wife’s campaign by Clinton Puppets during investigation?” Trump tweeted in December, about a month before news of McCabe’s ouster broke.

Hosko says Trump’s weekend criticism of the FBI is an obvious response to the pressure he’s facing from the Robert Mueller-led probe and his comments “are made to delegitimize the FBI’s effort and support for the Russia investigation.

“He has the Twitter box in his hand,” Hosko told Fox News, noting that the president gets his thoughts out faster and more often than any of his predecessors. “I think that amplifies his commentary about the FBI.”

But Hosko says as long as the FBI keeps making mistakes — such as the “catastrophic” Florida one or the “embarrassing” text message exchanges between Peter Strzok and Lisa Page, two former members of Mueller’s team who blasted the president – the hits against the agency will keep coming.

“It’s a part of this conversation,” Hosko told Fox News. “It allows the president – gives him the ammunition – to say what the hell is going on with the FBI?” 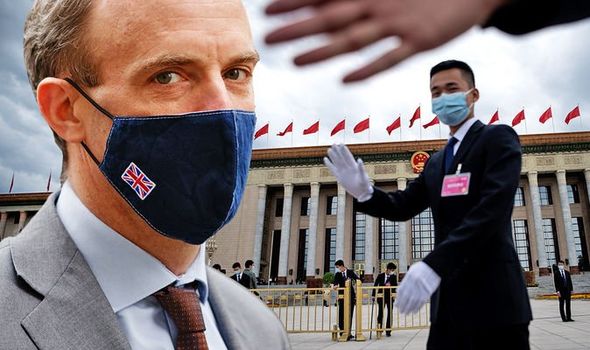 DOMINIC RAAB has slashed the foreign aid to China by a staggering 95 percent, with the UK sending just £900,000 to Beijing.

WASHINGTON — The Senate is set to vote Wednesday afternoon on the nomination of Vanita Gupta for associate attorney general despite nearly unified opposition from Republicans.

The Senate advanced Gupta’s nomination for the Justice Department’s No. 3 spot in a 51-49 vote earlier Wednesday after Moderate Republican Sen. Lisa Murkowski, of Alaska, joined all Democrats in bringing the nomination to a final vote. Murkowski’s support for the vote meant Vice President Kamala Harris was not needed to break a tie.

Harris could still be needed to do so for the final confirmation vote, expected around 2:15 p.m. ET. The final vote comes almost a month after the Senate Judiciary Committee took a 11-11 party-line vote on her nomination, which required the Senate to vote last week to discharge the nomination from committee to allow it to come to the floor.

“Not only is Ms. Gupta the first woman of color to ever be nominated to the position, she is the first civil rights attorney ever to be nominated to the position — the third-ranking official in the Justice Department,” he said. “And just to give you a sense of Ms. Gupta’s commitment to civil rights and racial equity, in her very first case after law school, she won the release of several African Americans who had been wrongfully convicted by all-white juries in Texas.”

Senate Minority Leader Mitch McConnell, R-Ky., said Wednesday that he would “strongly oppose” Gupta’s nomination, arguing that she has “repeatedly amplified left-wing fear-mongering toward judicial nominees and sitting federal judges” and “levied attacks on members of this body.”

McConnell also accused Gupta of employing “the loosest possible interpretation of her oath to deliver honest testimony” during her confirmation process and said her reputation “contrasts sharply” with that of Attorney General Merrick Garland, whom he voted to confirm.

“The White House needs to make a better choice for this key post,” he said. “The Senate should create that opportunity by voting no today.”

President Joe Biden praised Gupta, who serves as head of the Leadership Conference on Civil and Human Rights, in his remarks Tuesday night following the conviction of Derek Chauvin for the murder of George Floyd.

Biden said Gupta and Kristen Clarke, the head of the Lawyers’ Committee for Civil Rights Under Law, whom he nominated to run the DOJ’s civil rights division, “are eminently qualified, highly respected lawyers who have spent their entire careers fighting to advance racial equity and justice.”

Gupta and Clarke have the experience and skill “to advance our administration’s priorities to root out unconstitutional policing and reform our criminal justice system, and they deserve to be confirmed,” Biden said.

Many Republicans have voiced opposition to Clarke’s nomination as well. 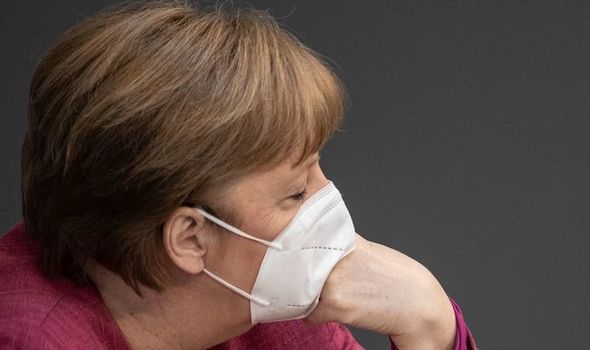