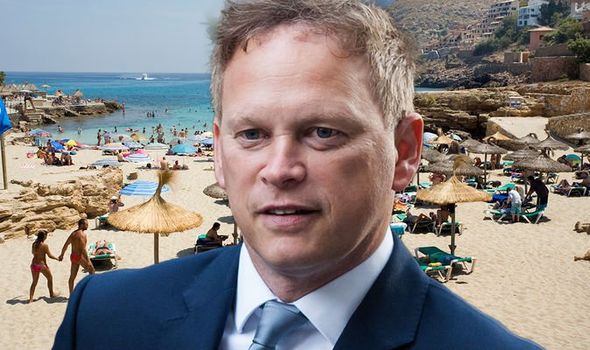 MINISTERS have been accused of implementing an amber watchlist “through the backdoor”, after pledging to simplify the travel traffic light system. 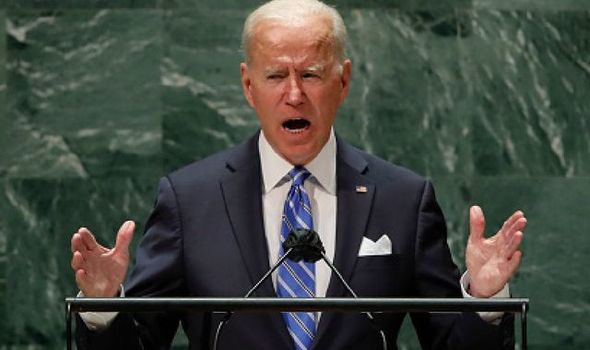 RELATIONS between the EU and the US continue to worsen after Joe Biden’s decision to forge a defence alliance with Australia and the UK.

Where Congress stands on key deadlines 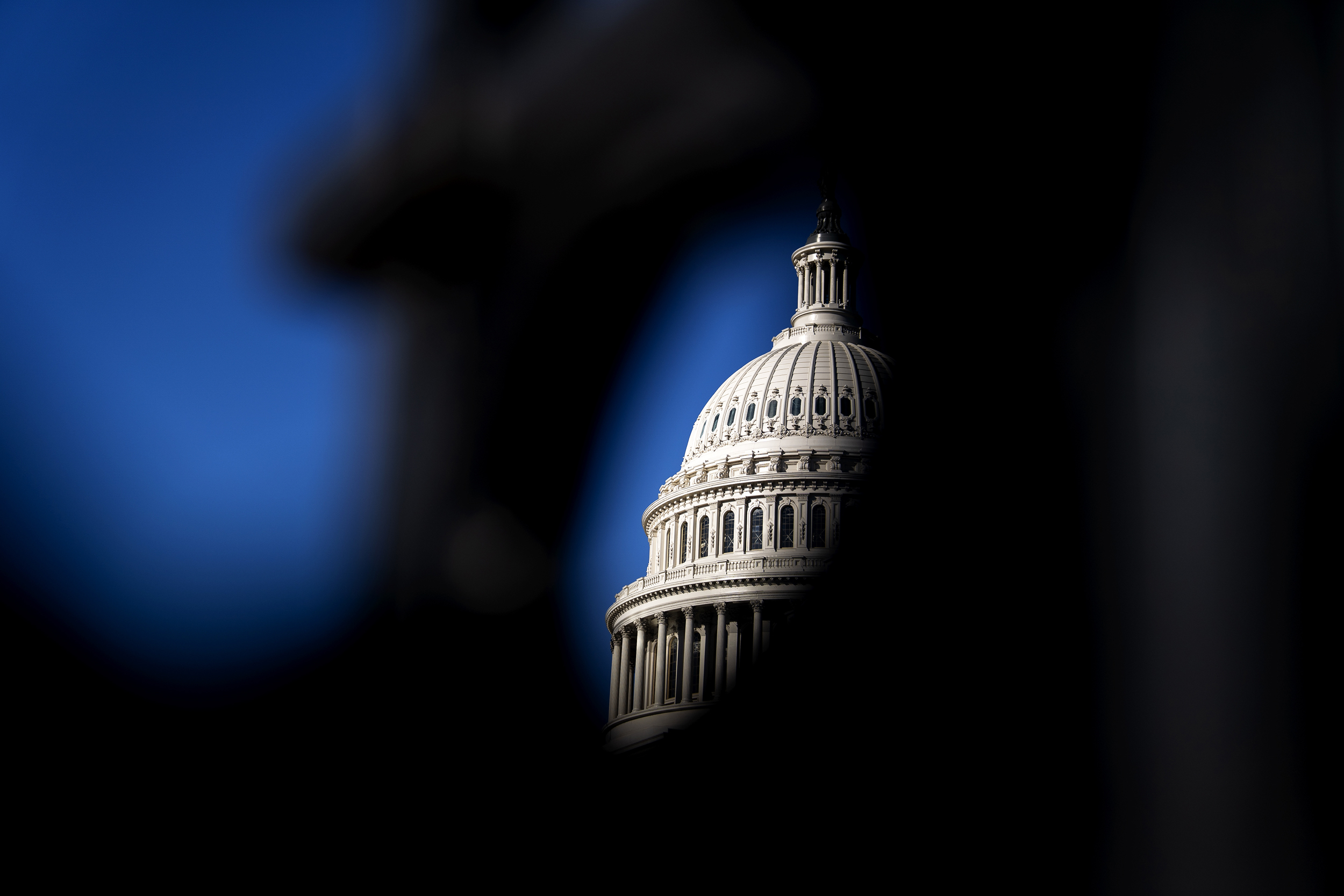 WASHINGTON — Congress has a lot on its plate.

Lawmakers are seeking to pass government funding legislation to avert a shutdown by Sept. 30. They are looking at disaster aid for storms and wildfires and extra money to assist Afghan evacuees. They’re trying to extend the debt limit to avert default ahead of an expected October deadline.

And Democrats are looking to pass the infrastructure bill while completing a sweeping multitrillion-dollar package of social spending and tax priorities, all on a compressed timeline.

Some of the items are noncontroversial, but they’re connected to contentious provisions.

“I’ve been here for cliffs and crises and wars, and this is going to be the biggest mashup we’ve ever had since I’ve been here — with the debt limit, with a government shutdown, with reconciliation and with infrastructure. And I have no idea how it all works out,” said Rep. Peter DeFazio, D-Ore.

Here’s where everything stands.

The Democratic-controlled House passed a stopgap bill Tuesday to keep the government funded at existing levels through Dec. 3, giving the two parties more time to come to a full-year agreement. That piece of the agenda isn’t particularly controversial, and Democrats and Republicans have a general handshake agreement on how to address domestic and military spending to keep everyone happy.

But for procedural reasons, the bill will be difficult to pass in the Senate. If it isn’t signed into law by Sept. 30, the federal government will shut down.

The House’s government funding bill includes $28.6 billion for relief from disasters, including Hurricane Ida and recent wildfires. The provision has broad support in both parties. There is also $6.3 billion to help Afghan evacuees — by housing them temporarily at U.S. facilities, conducting security screenings and helping resettle those coming to the U.S.

A debt ceiling extension until December 2022 is in the House-passed government funding bill. That could endanger its passage in the Senate, where Republicans have filibuster power and have said they won’t lift it. The Treasury Department has said the U.S. will reach the borrowing limit some time in October, warning of “serious harm” to the economy if Congress doesn’t act to extend it.

Senate Minority Leader Mitch McConnell, R-Ky., insists that GOP senators won’t provide the minimum of 10 votes to break a filibuster, which could risk a government shutdown and default.

Republicans say Democrats should raise the limit in the sweeping multitrillion-dollar package that they hope to pass on a party-line vote. Democrats have refused, saying they won’t set a precedent in which only one party is responsible for paying the country’s bills, which both parties have racked up over many years. Some Democrats also warn that the partisan mega-bill may not be done by the October deadline.

Last month, the Senate passed a bipartisan bill to authorize $550 billion in new spending on surface transportation measures like roads, bridges and public transit. It won 69 votes — all 50 Democratic-voting members and 19 Republicans. But its future in the House is murky.

Speaker Nancy Pelosi, D-Calif., has promised centrist lawmakers that it will come up for a vote in the House by Monday, and Majority Leader Steny Hoyer, D-Md., said it’ll happen that day.

The fate of the infrastructure package may be linked to the mega-bill. The chair of the Congressional Progressive Caucus, Rep. Pramila Jayapal, D-Wash., has promised that dozens of Democrats will defect and vote the infrastructure bill down if the larger spending bill hasn’t passed the Senate first.

Jayapal met with Pelosi for 90 minutes on Tuesday and told reporters she made clear to the Speaker that “if we don’t have the reconciliation bill done, the infrastructure bill will not pass.”

This legislation is in the hands of Pelosi, Senate Majority Leader Chuck Schumer, D-N.Y., and President Joe Biden. Their task is to trim the $3.5 trillion price tag to a level that can pass through the wafer-thin Democratic majorities. They have zero votes to spare in the Senate and just three in the House.

In a letter Monday, Pelosi put Democrats on notice that they will craft a bill that can pass both chambers and that the spending level could drop. It is unclear when it will be ready for a vote, but Schumer made clear it won’t pass the Senate before Monday. House leaders will face a difficult choice about whether to hold the infrastructure vote or delay it.

The bill is the centerpiece of Biden’s domestic agenda, with a slew of investments in Obamacare subsidies, Medicare expansion, universal pre-K, child cash payments, climate change measures and more. They intend to raise taxes on corporations and on people making above $400,000.

Republicans have trashed it as a “reckless tax-and-spending spree.”

Democrats leaders are working to resolve a number of policy differences and pull together the votes to get it over the finish line. Many of the policies are popular and — if that holds — the party hopes to run on the legislation in the midterm elections. But first they have to pass it.

“Failure is not an option,” House Democratic Caucus Chair Hakeem Jeffries, D-N.Y., said Tuesday. “The votes will be there for both the bipartisan infrastructure agreement and the Build Back Better Act.” 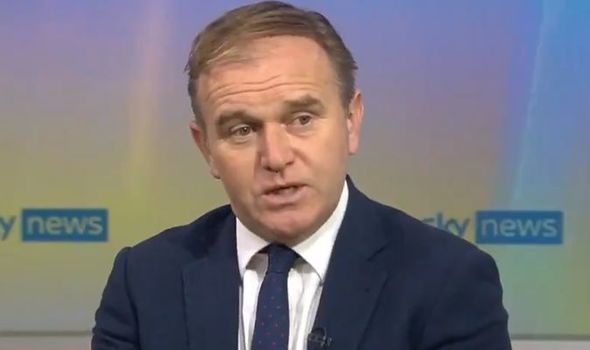 GEORGE EUSTICE insisted Joe Biden was wrong about the UK threatening the Belfast agreement in its Brexit trade row with the EU.

Where Congress stands on key deadlines

What the energy crisis means for Europe’s green ambitions