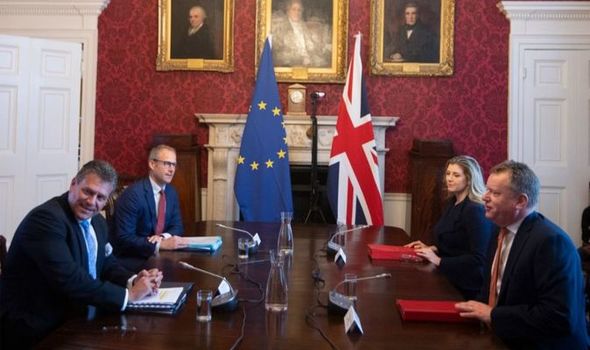 President Joe Biden met with top House and Senate Democrats at the White House to broker a deal on spending and infrastructure. NBC News’ Garrett Haake reports on how the negotiations went.Sept. 22, 2021

LOS ANGELES — As it scrambles to deal with the surge of Haitian migrants at the southern border, the Biden administration is seeking a private contractor to operate a migrant detention facility at the U.S. Naval base at Guantanamo Bay, Cuba, with a requirement that some of the guards speak Spanish and Haitian Creole, according to government records.

A little-known immigrant holding facility on the base has a capacity of 120, the records say, and “will have an estimated daily population of 20 people,” according to a solicitation for bidders issued this past Friday by the Department of Homeland Security.

“The service provider shall be responsible to maintain on site the necessary equipment to erect temporary housing facilities for populations that exceed 120 and up to 400 migrants in a surge event,” the contract solicitation says.

The White House, DHS and Immigrations and Customs Enforcement did not immediately respond to requests for comment.

Guantanamo Bay is best known these days as the site of a prison for high-value terror detainees, including Khalid Sheikh Mohammed, the confessed 9/11 mastermind, who is on trial there in a military commission. But the base has long included a DHS immigration holding facility — one with a controversial past linked to Haiti.

During the George H. W. Bush administration from 1991-1993, when many Haitians sought to flee the country to seek asylum in Florida, as many as 12,000 were sent to Guantanamo Bay under a policy overseen by then Attorney General William Barr.

Immigrant advocates at the time said the policy was driven in part by the fact that some of the Haitians were HIV-positive.

“It’s highly concerning that the administration may be considering using Guantanamo to detain Haitian asylum seekers or others,” said Wendy Young, president of the immigrant advocacy group Kids in Need of Defense. “It’s a sense of déjà vu all over again.”

“[Guantanamo] was used in the early 1990s and proved highly deficient in terms of providing the services that migrant families and children urgently need, including legal representation. Instead of defaulting to a law enforcement response grounded in deterrence, the administration should instead live up to our legal and ethical obligation to allow Haitians to apply for asylum. Conditions in Haiti underscore how essential that is.”

In recent years, successive administrations have spent millions of dollars on infrastructure at the DHS facility on Guantanamo, building cement pads for tents and buildings with crude latrines.

President Donald Trump talked about sending migrants there, but he never did, according to a book by an author later identified as Miles Taylor, a former DHS official.

“Before the president could make a public case for the concept, officials quashed it,” Taylor wrote.

The new DHS contract solicitation says the winning bidder would have to supply tents and cots, “and the contractor must be able to have these assembled and ready with little notice. In addition, the service provider must maintain a roster of at least 50 individuals who meet the minimum requirements of the unarmed custody officer job classification and have a viable contingency plan to deploy these individuals within 24 hours of notification.”

It adds, “At least 10% of the augmented personnel must be fluent in Spanish and Haitian Creole. Air transportation to/from the facility is the sole responsibility of the service provider.”

Jacob Soboroff is a correspondent for NBC News and MSNBC and author of “Separated: Inside an American Tragedy.” 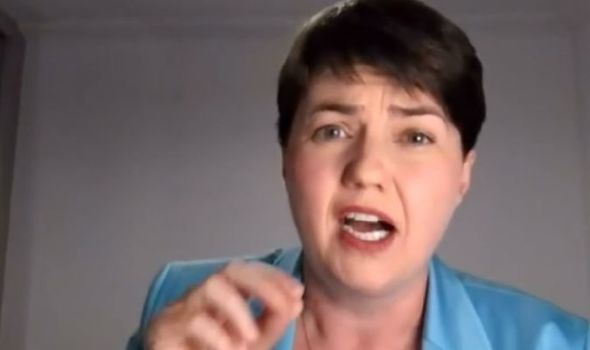 RUTH DAVIDSON was forced to interrupt Robert Peston as he set off on an almighty rant about the UK’s gas crisis.