For Ines Martinez, applying for DACA, or the Deferred Action for Childhood Arrivals program, represented a glimmer of hope during the coronavirus pandemic.

Seven months into her application process, Martinez was looking forward to joining the federal program that has allowed over 600,000 teens and young adults who lack legal status after having been brought to the U.S. as children — also referred to as Dreamers — to study and work without fear of deportation.

“I was very confident that I would be approved, because I’m a good candidate. I qualify for the program,” said Martinez, 19. Her confidence grew last month when Citizenship and Immigration Services asked her to come in to get her biometrics done, one of the last steps in the application process, in which authorities take applicants’ photos and fingerprints.

The only thing standing between Martinez, who lives in California, and getting a job was an official letter of approval from the immigration agency. She was eager to work to finish paying for her car and save enough money to transfer out of community college to pursue a degree in communications and international studies at a four-year university.

But she never got her DACA acceptance letter. Instead, a federal judge in Texas deemed the program illegal last Friday. While DACA renewals will continue to move forward, the ruling blocked new applications from being approved, leaving Martinez and thousands of other applicants hanging.

After putting in so much time, money and effort, “for this to happen twice already, it’s just devastating,” Martinez said. The first time was when she was initially blocked from applying after President Donald Trump temporarily ended DACA in 2017.

Citizenship and Immigration Services received more than 50,00 DACA requests from January to March after it announced that it would start accepting first-time applicants in December. But most of the applications were never processed because pandemic-related hurtles limited capacity amid greater demand, the agency said.

Julian Cornejo, 21, one of the new DACA applicants, said he had “not really” heard back from the immigration agency since he submitted his DACA application in March. Following the Texas court decision, his immigration attorney told him that “all applicants for DACA may stay in limbo” indefinitely.

The ruling came in a lawsuit brought by Texas and eight other Republican-led states. They claimed that the Obama administration violated the Administrative Procedures Act with the creation of DACA when it failed to first publish the proposal and to seek public comment before it tried to enforce it.

Cornejo, who lives in Florida, was looking forward to enrolling into college, working and getting a driver’s license once he had DACA status. “I was very frustrated, and I felt very disappointed,” he said.

Sen. Catherine Cortez Masto, D-Nev., the first and only Latina in the Senate, blasted the Biden administration last month over extreme case backlogs affecting new DACA applicants like Cornejo. She also called on Citizenship and Immigration Services to reduce waiting times for DACA renewals, saying the delays were “a legacy of the Trump administration’s anti-immigrant policies.”

On Thursday, Vice President Kamala Harris said she met with Dreamers and advocates to “discuss the path forward.”

“Dreamers serve in the military and on the frontlines, earn degrees, and lead companies. They should not live with such uncertainty,” she tweeted after the meeting.

Michelle Lainez, 19, called some of her friends on FaceTime and cried after the latest court decision.

Lainez, a rising sophomore at Trinity Washington University in Washington, D.C., who is a TheDream.US scholarship recipient, remembered standing on the steps of the U.S. Capitol last summer waiting for the Supreme Court to rule in favor of DACA, saying the Trump administration failed to give an adequate reason for ending it.

“I’m kind of tired of being resilient. I protested, I organized so much for the Supreme Court decision. And now, I must do the same for this,” said Lainez, who lives in Maryland. “It keeps happening, so it’s kind of discouraging.”

After she sent her application in March and got her biometrics done two months later, Lainez felt as though her DACA approval was almost a done deal. So she started applying for her certified nursing assistant’s license and was waiting for her work permit to start a job as a geriatric nursing assistant.

“I had so many offers, but now that my application has been paused, I can’t even go to the interviews,” Lainez said.

While the Justice Department plans to appeal the court decision, the ruling has reignited calls from immigration advocates to put new pressure on Congress and the Biden administration to come up with a permanent fix, not only for DACA-eligible youths but also for the millions of undocumented immigrants living in the U.S.

“We can’t make this about DACA anymore. It must be about everyone. This must be about a pathway to citizenship, not just fixing DACA,” Lainez said. “I want a permanent solution, because we deserve it. We’re not going to beg for it. We are demanding this, because we worked for it.”

Martinez agreed that recent court battles have come “to show how vulnerable and unstable DACA really is.”

“There needs to be something that provides permanent protection for all of us,” she said. “DACA is great, but what about our parents? What about the new generation of undocumented youth coming in? They don’t qualify for this program.”

Cortez Masto, who has long advocated for passage of legislation to put Dreamers on a path to full citizenship, said in a statement that she remains committed to passing comprehensive immigration reform in the Senate.

“Dreamers play an integral role in our communities, and they deserve to stay in the only home they have ever known without fear of deportation,” she said. “Last week’s decision made it clear that we must take immediate action to protect DACA recipients.”

Lainez, Cornejo and Martinez, who are part of the national immigrant youth-led organization United We Dream, are advocating for Congress to create a pathway to citizenship through the budget and reconciliation package being debated in the Senate. Cortez Masto agrees.

“We should take this opportunity through reconciliation to finally get immigration reform done,” she said.

Harris echoed Cortez Masto’s words tweeting, “Congress must create a pathway to citizenship through reconciliation or other means.”

Following the devastating DACA news, Martinez began to wonder whether the program “was never meant for me.”

“Maybe it’s a sign,” she said in a hopeful tone. “And maybe that’s because there’s something better in store in the future. … Ideally it would be a permanent protection and a pathway to citizenship, not just for me, but ideally for my parents, as well.”

Gavin Williamson ‘tipped for Knighthood’ after being sacked as education secretary 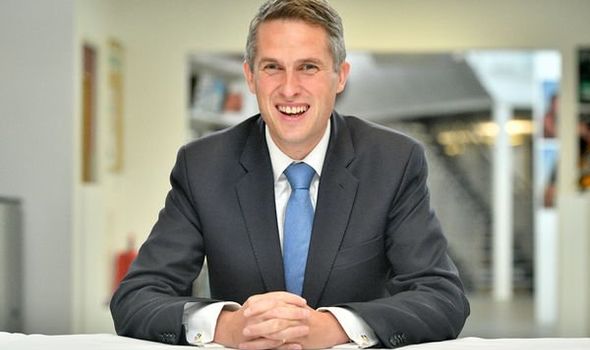 GAVIN WILLIAMSON is ‘tipped for a Knighthood’ after being sacked from the Cabinet in the latest government reshuffle. 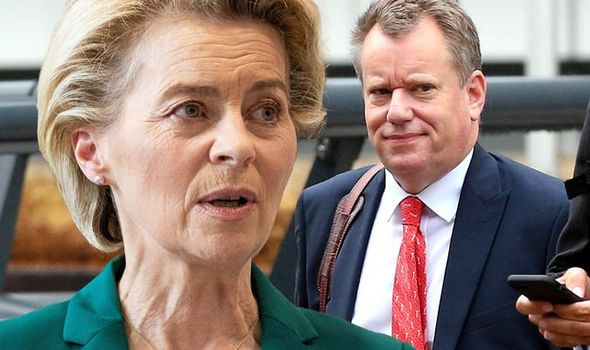 REMOANER claims Britain’s rising inflation rate has been caused by Brexit have been torn apart by a leading economist.

France announced it is recalling its ambassadors to the United States and Australia after it said its Indo-Pacific interests had been undermined by a new agreement made by the Biden administration on nuclear submarines.Sept. 17, 2021

Gavin Williamson ‘tipped for Knighthood’ after being sacked as education secretary

France: AUKUS submarine deal has caused one of the gravest rifts among Western allies in living memory | World News

Bureau of Land Management moving back to D.C., reversing a Trump-era decision