At last weekend’s Conservative Political Action Conference in Dallas, Rep. Lauren Boebert, R-Colo., told the crowd: “Don’t come knocking on my door with your ‘Fauci ouchie.’ You leave us the hell alone.”

It’s the kind of rhetoric that’s common for Boebert, who has positioned herself to the right of most other conservative politicians in Washington, D.C. On vaccinations, however, Boebert’s message is not the exception. For a sizable chunk of the Republican Party and conservative media apparatus, pushing back on the Biden administration’s efforts to vaccinate the country have become the norm in recent weeks.

That animosity reached a crescendo earlier this month after President Joe Biden announced his intent to expand those efforts as the delta variant spreads, posing a particular threat to the unvaccinated population. His administration had fallen just short of his July 4 goal of getting 70 percent of the adult population inoculated with at least one dose — a shortcoming that was cheered at CPAC.

“For people who are politically intoxicated, which is a lot of the country right now, it makes sense to celebrate any failure by the administration,” former Rep. Carlos Curbelo, R-Fla., told NBC News.

Biden made vaccinations a centerpiece of the early days of his administration. He said the administration would rely on local doctors, faith leaders and other trusted voices to help get over the hump — something research has shown would be most helpful in reaching unvaccinated people. He also pledged to offer “surge teams” to any states requesting assistance with the pandemic.

“We need to go community by community, neighborhood by neighborhood and, oftentimes, door to door, literally knocking on doors to get help to the remaining people protected from the virus,” he said.

That plan was quickly seized on by conservative media personalities including Fox News’ Tucker Carlson and Laura Ingraham, who decried it as government overreach. At CPAC, Rep. Madison Cawthorn, R-N.C., warned the door-knocking campaign could soon lead to gun or Bible confiscation. Biden’s push led a group of 32 of the most conservative House members to accuse him of seeking to “coerce” people into taking the vaccination.

Missouri Gov. Mike Parson — a Republican who has said officials should work to boost vaccinations — claimed such an effort amounted to “trying to scare” people into taking the shots.

Dr. Tom Frieden, the Centers for Disease Control and Prevention director under President Barack Obama, said the backlash to Biden’s comments echoes prior pushback over the idea of “vaccine passports,” masks and other mitigation strategies that have come to define the pandemic discourse.

“It is certainly the case that we’re increasingly two countries divided under Covid,” he said. “And what you will see in the coming weeks is really big increases in cases in a lot of places — especially in places with low vaccination rates.”

While Biden has mostly avoided chastising Republican officials over the vaccine rollout, the White House has fired back at critics of the door-to-door plan.

“The problem right now is that the voices of these credible public health professionals are getting drowned out,” Surgeon General Vivek Murthy said at Thursday’s White House news briefing.

Republicans who have backed vaccines have felt compelled to say so, laying bare party divisions. Senate Minority Leader Mitch McConnell, R-Ky., recently said he is “totally perplexed” by the ongoing resistance. Sen. Mitt Romney, R-Utah, said it was “moronic” to politicize the vaccine.

Rep. Adam Kinzinger, R-Ill., had a more pointed response to the conservative characterization of the government’s vaccination efforts.

“This is outrage politics that is being played by my party and it’s going to get Americans killed,” he said in an interview with CNN’s “State of the Union” this week.

Roughly 70 percent of American adults have received at least one vaccine dose, but many holdouts, including skeptical conservatives, are barely budging and, in some cases, hardening further. Covid cases are on the rise nationally, though the total is nowhere close to what it was months ago.

Additionally, five of the top six states with the highest daily average cases over the past two weeks have below-average vaccination rates and voted for Trump last fall.

Beyond taking issue with Biden’s effort, some conservatives have shown support for a broader pushback against vaccinations.

In Tennessee this week, a top health official said she was fired over efforts to get teens vaccinated, and The Tennessean reported Tuesday that all vaccine outreach aimed at teens, for all diseases, would be paused. On the conservative Newsmax network, host Rob Schmitt recently pondered whether vaccines are “kind of going against nature.”

Matthew Sheffield, a former conservative media creator who has left the movement, told NBC News that vaccine resistance on the right predates Covid and Trump, pointing to a 2019 Hill-HarrisX survey showing a gap between Democrats and Republicans in approval for mandatory childhood vaccinations. This difference, he said, is rooted in religious beliefs.

“We have these talking heads who have gotten the vaccine and are telling other people not to get it,” Utah GOP Gov. Spencer Cox said during a news conference Thursday. (Carlson and Ingraham have not said whether they’ve been vaccinated.) “That kind of stuff is dangerous, it’s damaging, and it’s killing people.”

Epidemiologist Brian Castrucci, president and CEO of the de Beaumont Foundation, which has studied how to best target pro-vaccination messaging at conservatives, said this politicization ignores health considerations in favor of topics that are core to conservative messaging.

“There was a moment to bring unity to this pandemic response,” he added. “And we missed it. And we are now dealing with the consequences.”

When does Parliament break for the summer? 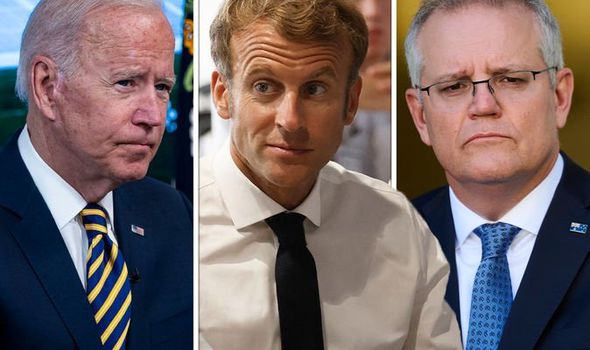 A CHINESE state-backed newspaper has accused France of acting like a “p***** off child” in the spat over Australia’s submarine deal with Britain and the US.

WASHINGTON — The Biden administration will require all international travelers coming into the U.S. to be fully vaccinated and tested for Covid under a new system that will open up air travel to vaccinated foreign nationals from dozens of countries for the first time since the early days of the pandemic.

Starting in early November, foreign nationals will be allowed to fly into the U.S. if they are fully vaccinated and able to show proof of vaccination prior to boarding a U.S.-bound flight, said White House Covid coordinator Jeffrey Zients.

The requirement will ease travel restrictions that limited entry into the United States in many cases for non-citizens who had been in 33 countries, including many European nations and the U.K., in the last 14 days, regardless of vaccination status. But for travelers outside of those countries, the new system will put stricter requirements in place that could be a barrier to those living in countries where vaccines are in short supply.

“We will move to this much stricter global system, so we will have a consistent approach across all countries, it will require foreign nationals to be vaccinated, to prove they’re vaccinated, and then to go through the testing and contract tracing regiments,” Zients said.

The U.S. will also start putting into place additional testing requirements, Zients said. Foreign nationals will have to be tested three days prior to departure to the U.S. and show proof of a negative test, and unvaccinated Americans will have to test within one day of departure and be required to test again after their arrival.

CDC also begin requiring airlines to collect information for each U.S. bound traveler, including their phone number and email address, to enable CDC and state and local public health officials to follow up with travelers and those in close contact with them if there is a potential exposure.

While there is still no vaccination requirement for domestic air travel, Zients said nothing is off the table.

“We clearly have a track record that shows we’re pulling available levers to acquire vaccinations and we’re not taking any measures off the table on specific authorities used for implementation,” Zients said.

Zients didn’t detail what vaccines will qualify and what would constitute as fully vaccinated and said the CDC would provide further details. The new policy applies only to air travel and not land border crossings, which have been closed to non-essential travel between Canada and Mexico. 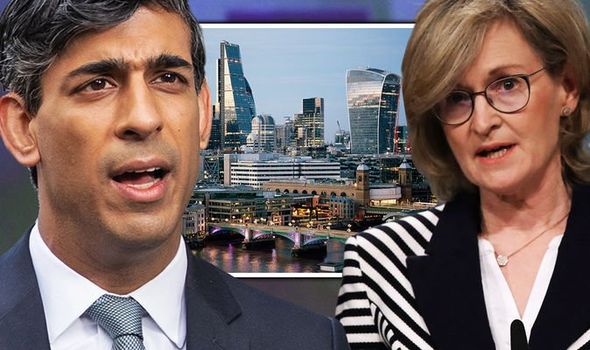 MINISTERS have vowed to strike a financial services deal with the US as the EU continues to show a lack of willingness to grant “equivalence” to UK markets.

US launches mass expulsion of Haitian migrants from Texas | US News

U.S. to ease travel restrictions for foreign visitors who are vaccinated against Covid

COVID-19: US to relax travel rules for vaccinated passengers from UK and EU | World News

California’s recall was a blowout. Virginia’s upcoming election won’t be