With less than 48 hours to go before Wednesday’s inauguration, Trump laid low in the heavily fortified capital while the White House provided no details about how the president was spending his final hours in office.

Barred from Twitter, Trump issued a proclamation on the federal holiday earlier Monday encouraging “all Americans to recommit themselves to Dr. King’s dream by engaging in acts of service to others, to their community, and to our Nation.”

Later, his White House issued a a 45-page document dubbed the “The 1776 Report,” which claimed that “identity politics makes it less likely that racial reconciliation and healing can be attained by pursuing Martin Luther King, Jr.’s dream.”

The report seems to be a response to The New York Times’ “1619 Project,” which traced the story of slavery through American history and became a lightning rod for Trump and conservatives, who saw it as an attack on their view of American history.

The report, written by a group of mostly white and conservative academics, claims that the nation’s founders detested slavery even though many of them owned enslaved people.

The White House also issued an executive order from Trump Monday playing a similar chord, offering details for his proposed “National Garden of American Heroes,” an idea he first promoted last summer during the height of the Black Lives Matters protests and the removal of monuments honoring Confederate soldiers and other controversial historical figures.

The proposed garden does not seem to have the funding, location, or much else necessary to see it become a reality. New national monuments, even noncontroversial ones, often takes decades to build. The World War II Memorial on the National Mall, for instance, opened 17 years after it was first proposed in Congress.

But Trump, who last month vetoed a military funding bill that would have rechristened some bases named after Confederate generals, said the garden was, “America’s answer to this reckless attempt to erase our heroes, values, and entire way of life.”

In his executive order, Trump said the garden would honor a seeming grab bag of 244 Americans, from Samuel Adams to Kobe Bryant, including some non-Americans, like the British director Alfred Hitchcock.

Meanwhile, Biden and his wife, along with Vice President-Elect Kamala Harris and her husband Douglas Emhoff, helped bag food for the needy at local charities.

Their Inaugural Committee called on supporters to participate in a national day of service Monday, organizing some 2,500 service events across the country, and is hosting online event with speeches and music celebrating King Monday night.

Harris formally resigned her Senate seat at noon Monday, as expected. California Gov. Gavin Newsom has tapped the outgoing California Secretary of State Alex Padilla to serve out the remainder of Harris’ term, which ends in 2022.

“We are here today as part of what we collectively, all of us who were volunteering, see as our responsibility as part of Dr. King’s legacy,” Harris told reporters as she volunteered at a charity in Washington. “And we’re here to obviously renew the commitment that we should each have to serve.”

Gallup, which has been polling the job approval of presidents since 1938, released its final survey of the Trump presidency Monday. It found that Trump’s popularity has hit a personal all-time low of 34 percent and that on average, over his entire four-year-term, Trump had the worst approval rating of any president on record.

Trump has not been seen publicly for days.

But first lady Melania Trump, standing at a blue lectern emblazoned with the presidential seal, delivered the kind of farewell address Monday that would be unremarkable in any other era, but was notable now because her husband has so far refused to make a similar gesture.

“Be passionate in everything you do,” Melania Trump said in a video of her remarks, weeks after the Capitol was stormed by pro-Trump rioters, “but always remember that violence is never the answer and will never be justified.”

Suits us! Brexiteer celebrates as official admits EU could be forced into customs change 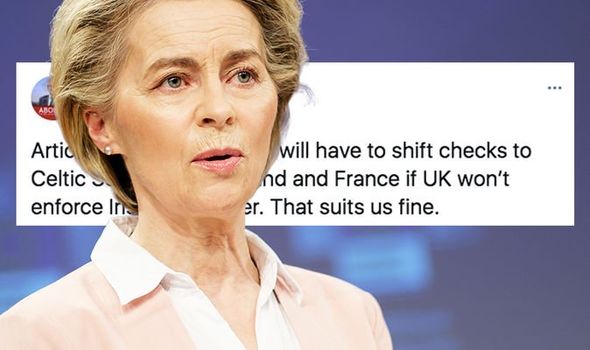 EU officials may be forced to begin checking goods travelling to and from Ireland from the bloc on ferries, an official has admitted, as the row over the controversial Northern Ireland protocol continues to spiral.

SNP Civil War: Salmond and Sturgeon ordered to stop 'knocking hell out of each other' 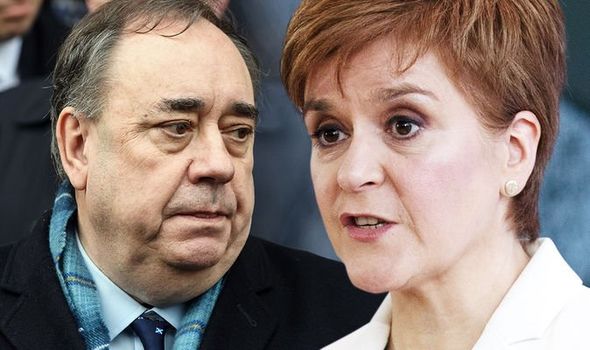 NICOLA Sturgeon and Alex Salmond have been told to stop “knocking the hell out of each other” as a row over a botched Holyrood inquiry into the Scottish Government’s handling of allegations against the former SNP leader deepens.

'This is not how modern countries behave!' David Davis accuses EU of 'stealing' vaccines 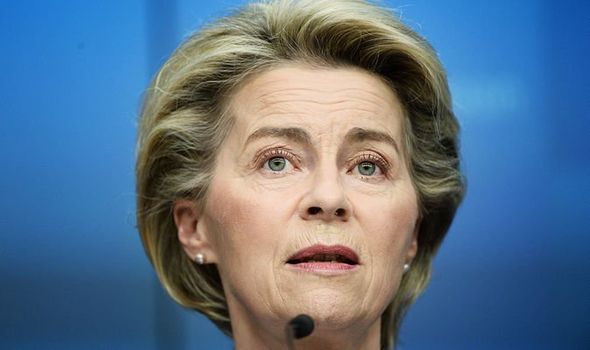 Suits us! Brexiteer celebrates as official admits EU could be forced into customs change

SNP Civil War: Salmond and Sturgeon ordered to stop 'knocking hell out of each other'

'This is not how modern countries behave!' David Davis accuses EU of 'stealing' vaccines