“The contracts make very clear that if the company and the leadership of that company is engaged in illegal activity, we have a right to sever the contract,” de Blasio told MSNBC. “Inciting an insurrection against the United States government clearly constitutes criminal activity.”

In a follow-up statement, the mayor’s office wrote: “The City of New York will not be associated with those unforgivable acts in any shape, way or form, and we are immediately taking steps to terminate all Trump Organization contracts.”

The contracts are for Central Park’s Wollman and Lasker ice skating rinks and famed carousel — all of which the Trump Organization has run since the 1980s — and the Trump Golf Links golf course at Ferry Point in the Bronx, which it has run since 2015.

“Yet another example of Mayor de Blasio’s blatant disregard for the facts,” Eric Trump, executive vice president of the Trump Organization, wrote in a statement to NBC News. “The City of New York has no legal right to end our contracts and if they elect to proceed, they will owe The Trump Organization over $30 million dollars. This is nothing more than political discrimination, an attempt to infringe on the first amendment and we plan to fight vigorously.”

On Sunday, the Professional Golfers’ Association of America pulled the 2022 PGA Championship, one of pro golf’s most important tournaments, from President Donald Trump’s golf course in Bedminster, New Jersey, days after his supporters stormed the U.S. Capitol.

“This is a breach of a binding contract, and they have no right to terminate the agreement,” the Trump Organization said in a statement released on Sunday. “We have had a beautiful partnership with the PGA of America and are incredibly disappointed with their decision.”

The Ferry Point contract contained a proviso that mandated the course would attract championship events, but the PGA’s cancellation likely casts doubt on whether he can fulfill the obligation at the Bronx course.

The president won loyalty from corporate leaders who were willing to look the other way while he ushered in the largest corporate tax cut break in history, business allies close to Trump told NBC News. Wall Street rewarded that allegiance with a euphoric upward rollercoaster, while Main Street stumbled.

But the inescapable images and arrests of Capitol breachers and hardcore, anti-semitic and white nationalist supporters have pushed even Trump’s diehard boosters to sever ties.

Just two weeks ago, Trump was considered the Republican party “kingmaker” whose influence would loom for the foreseeable future. But last Wednesday, everything changed.

Some of Trump’s prominent business supporters have begun forcefully backing away from the president.

“I feel betrayed. Okay?” billionaire businessman Ken Langone, co-founder of Home Depot and a major GOP donor, told CNBC on Wednesday morning. “Last Wednesday, if it doesn’t break every American’s heart, something’s wrong. I didn’t sign up for that.”

“I’m going to do everything I can from Day One to make sure I do my part to make Joe Biden the most successful president in the history of this country,” Langone said.

Stephen Schwarzman, billionaire CEO of Blackstone and one of Trump’s biggest donors in the financial sector, has also thrown his support behind Biden. After Wednesday’s events, Schwarzman said he was “shocked and horrified by this mob’s attempt to undermine our constitution. As I said in November, the outcome of the election is very clear and there must be a peaceful transition of power.”

Close Trump business allies told NBC News that the shift away from the president is real and unlike anything seen in his history.

Now they’re worried what the increasingly cornered and desperate Trump might do next during his remaining days.

The implosion of support represents the self-inflicted diminishment of the Trump brand from an imprimatur of glitz, luxury and excess to a piece of hard-flint political extremism, and will severely undermine his ability to capitalize on his name in the traditional business sense after he departs office.

Leisure and hospitality, already pummeled by the pandemic, are unlikely to be very profitable avenues for the president, except to a niche audience.

Mainstream stores are unlikely to welcome his daughter Ivanka’s shuttered clothing line back onto their shelves after she hailed rioters as “patriots.”

Some members of Trump’s golf clubs have even reportedly begun to reconsider membership, fearing “possible protests and vandalism,” the New York Times reported on Tuesday.

Trump’s ability to raise money could now be reduced to leveraging his claims of election fraud — but even here, some donors are suing to get their money back and payment processors are severing ties. Potential foreign backers for Trump, his son-in-law Jared Kushner, and extended family may be wary of tainted ties and diminished access.

Meanwhile, the business backlash against the president for his role in the deadly attacks on the Capitol continues to grow.

After Deutsche Bank and Signature Bank, two of Trump’s preferred lenders, said they would no longer do business with the president, Professional Bank, a lending entity based in Florida that has lent Trump’s company millions of dollars, said on Tuesday that it, too, was cutting ties.

“Professional Bank has decided not to engage in any further business with the Trump Organization and its affiliates, and will be winding down the relationship,” Todd Templin, a public relations representative for the company, told NBC News in an emailed statement.

Cushman & Wakefield, one of the country’s largest real estate service firms, said it would no longer do business with the Trump Organization, a company spokesperson told NBC News in an email. The company previously handled leases at some of Trump’s premier properties, including Trump Tower.

Trump also has a 60-year lease from the Government Services Administration to operate the Old Post Office in Washington, D.C., as the Trump International Hotel, where it has become a go-to watering hole for internationals and those seeking to curry favor with the administration, booking expensive rooms for long stays and holding events.

Despite a clause saying the lease could not benefit an elected official, the GSA, which Trump oversees, has said its boss is in compliance because he was a civilian when he signed the contract. The GSA has blocked Democrats’ attempts to investigate the terms.

“The U.S. government never has to do business with firms that lack business ethics and integrity, or have been indicted,” he said.

The GSA did not immediately respond to an NBC News request for comment.

Donald J. Trump State Park, a few miles north of New York City, consists of a 436-acre state park donated by Trump to the state after he was unable to get development approval to turn it into a golf course. It contains the crumbling blocks of a former mansion of the late William D. Baldwin, a Gilded Age elevator magnate.

New York Gov. Andrew Cuomo’s office did not respond to an NBC News inquiry regarding the park’s future.

Young ex-Remain campaigner U-turns on Brexit: 'Hate to admit it, but my dad was right!'

WASHINGTON — The Biden administration on Friday announced a major initiative aimed at overhauling the government’s approach to domestic terrorism, ordering intelligence agencies to conduct a “comprehensive threat assessment” into what officials say has become a pressing national security challenge.

“The Jan. 6th assault on the Capitol and the tragic deaths and destruction that occurred underscored what we have long known,” White House spokeswoman Jen Psaki said. “The rise of domestic violent extremism is a serious and growing national security threat. The Biden administration will approach this threat with the necessary resources and resolve.”

President Joe Biden on Friday ordered the Office of the Director of National Intelligence to conduct the national threat assessment in cooperation with the FBI and the Department of Homeland Security, Psaki said.

“The key point here is that we want fact-based analysis upon which we can shape policy,” she added. “So this is really the first step in the process, and we will rely on our appropriate law enforcement and intelligence officials to provide that analysis.”

The White House National Security Council also will develop a capability to counter domestic violent extremism, Psaki said, and launch a policy review “to determine how the government can share information better about this threat.”

The administration will also look for ways to address domestic radicalization and the role of social media, Psaki said.

The announcement comes in the wake of the security and intelligence failures that allowed domestic extremists to overrun the Capitol, leading to the deaths of a police officer, a rioter and three others. More than 140 people have been hit with federal charges in connection with the riot, including some members of far-right militia groups.

Big questions remain about what intelligence federal agencies collected about the potential for violence on Jan. 6 and who saw that information. But many experts believe there was a systemic failure involving the FBI, DHS and the D.C. and Capitol Police, all of which were aware of threat information on social media but failed to establish a sufficient security presence.

FBI officials have said for years that they have felt hamstrung in their approach to domestic extremists, because the government has been loath to use the surveillance tools it deploys against al Qaeda or ISIS adherents to Americans who hold radical political beliefs that may lead some of them to violence.

Three of the people leading the effort, Psaki said, are Claire Linkens, the NSC’s senior director for counterterrorism; Joshua Geltzer, a former NSC official and counterterrorism expert; and Russ Travers, the former head of the National Counterterrorism Center and a veteran intelligence official who was forced out of his job by the Trump administration.

Andrew Neil declares war on SNP and vows 'fight back' against Sturgeon: 'Watch this space' 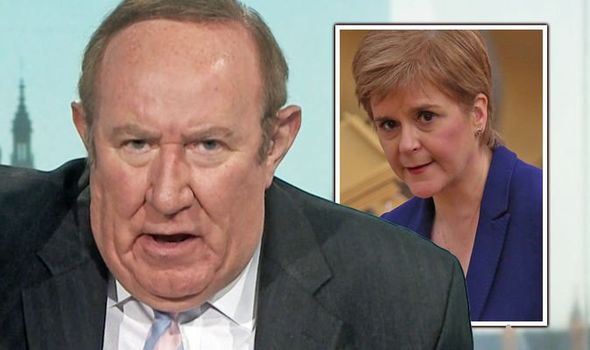 ANDREW NEIL has declared war against the SNP and Nicola Sturgeon by vowing “it’s time to fight back” against censorship in Scotland, warning: “Watch this space.” 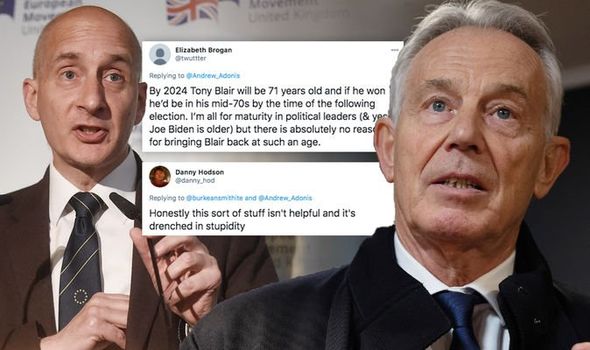 TONY Blair has been encouraged to make a sensational return to the political fray in 2024 by arch-Remainer Lord Adonis as he highlighted the former Labour Prime Minister’s trio of general election victories.

Andrew Neil declares war on SNP and vows 'fight back' against Sturgeon: 'Watch this space'