The ads provide a deeper understanding of Russia’s use of social media to spread propaganda on divisive topics, which included pushing anti-immigrant messages to fans of specific Fox News personalities such as Sean Hannity and Bill O’Reilly, and buying batches of ads immediately after a mass shooting at a historically black church in Charleston, South Carolina.

Some of the most divisive ads capitalized on the political movement Black Lives Matter and hot-button political issues including immigration, gun control, the religion of Islam and LGBT-centric topics. The ads also promoted events organized by Americans who were unaware their political rallies and protests were being fueled by a Russian disinformation campaign.

Thursday’s report, compiled and provided by Facebook and the House committee, includes visuals of all 3,000 original ads as well as the associated metadata selected by the IRA, the Russia-linked organization that has been found to be the source of the ads and other propaganda efforts. The metadata for the ads included chosen geographic areas as well as the age range, gender, and interests of the Facebook users who were shown the ads.

The IRA targeted a range of people and personalities, from users who were interested in anodyne issues like motherhood or music, to those who followed more politically divisive topics such as immigration and police brutality.

One day after Dylann Roof killed nine black churchgoers in Charleston, a Russian propaganda account, Black Matters, gave Facebook 1,295 rubles (about $20) for one ad, seeking to capitalize on the tragedy by getting more users to follow the account.

“Sadness and shocking tragedy at historically black church in Charlestone (sic). *CLICK TO GET LIVE UPDATES ON OUR PAGE,*” the post reads. “What if America is stil (sic) a deeply racist country? What if the church is not a safe place anymore?”

In the months before the election, BlackMatters would use that same page to push the message shared by almost all of the accounts: pleading with Facebook users not to support Hillary Clinton.

“You know, a great number of black people support us saying that #HillaryClintonlsNotMyPresident! So this time we would like to make a #flashmob against #HillaryClinton because she is the real enemy of black community and our followers prove it showing their disgrace to her personality and policy,” one Black Matters post reads.

Thirteen Russian individuals affiliated with the troll farm were indicted by special counsel Robert Mueller in February for interfering in the 2016 U.S. election and conspiring to obstruct “the lawful functions of the United States government through fraud and deceit.”

According to the indictment, the troll farm’s operations “included supporting the presidential campaign of then-candidate Donald J. Trump” and “disparaging Hillary Clinton.” At a news conference revealing the charges, Deputy Attorney General Rod Rosenstein said, “There is no allegation any American had any knowledge” of the troll farm’s activities in the indictment.

In a blog post timed to the House Intelligence Committee’s release, Facebook detailed a number of changes the company has made in the interest of preventing future misinformation campaigns. Among them, Facebook highlighted new transparency features for advertisements, a doubling of the number of human content monitors, and the removal of “nearly one-third” of the controversial ad targeting terms utilized by the IRA.

“This will never be a solved problem because we’re up against determined, creative and well-funded adversaries,” the post said. “But we are making steady progress.”

The newly released documents show that Russia’s infamous “troll farm” had a keen interest in the world of American political influencers.

In the two final ads purchased by the Russian propaganda campaign in August of last year, the troll farm pushed an ad for its anti-immigration page “Secured Borders” to fans of Fox News prime-time personalities Sean Hannity, Tucker Carlson, Laura Ingraham, and Bill O’Reilly, and to followers of the channel itself.

The same page targeted followers of right-wing personalities such as Rush Limbaugh, Michelle Malkin and Michael Savage, along with Facebook accounts that “liked” President Trump and Jesus Christ.

The most expensive sponsored troll farm post invited users to follow the Patriot U.S. group, and cost the IRA about $5,000, according to an NBC News analysis.

The “Back the Badge” pro-police officer sponsored post was the most widely seen, boasting almost 1.5 million impressions and nearly 75,000 clicks.

Nearly one-third of the ads released by Congress were never seen by anyone, having zero impressions and zero ad dollars spent on them.

One ad was purchased less than two months after the death of Freddie Gray, a 25-year-old African-American man from Baltimore who died from spinal injuries sustained while in police custody. The post, backed by a 3,700-ruble (about $58) ad buy, pushed an event at Baltimore City Circuit Courthouse called “Demand Justice for Freddie Gray” and targeted only the greater Baltimore area.

Other posts about black issues targeted all four cities, pushing news articles about police brutality and essays about being black in America, sometimes written in the first person as an African-American. Some of the posts geotargeting Facebook users in Cleveland came less than seven months after Tamir Rice, a black 12-year-old boy from Cleveland, was killed by police while he played with a toy gun in a park.

The ads would frequently seek to smear Clinton. One post, aimed at Facebook users who expressed interest in civil rights, Martin Luther King Jr., or Malcolm X, proclaimed: “Hillary Clinton is insane! I know that many black people support this old dirty b—h.”

Another post pushed a petition calling on readers to “Disavow support for the Clinton political dynasty” and remove her from the ballot. Another for Instagram targeted Tea Party members and cautioned readers not to support Clinton, “Unless you want to see America in flames.”

Another for a Facebook page for “Woke Blacks” after the election said not voting in the election was appropriate. “Well now all i want to say is get over Trump and Clinton, they are rich white people, the elite who were born into and are a part of the system.”

Don’t Shoot, a page that exclusively pushed news about police brutality, called for violence against police in an ad targeted towards Facebook users in Louisiana.

“We were wondering how long time would it take to make people fighting back? So now, karma’s coming back for blue pigs!” Later in the passage, “Take out a few dozen cops and the rest will change.”

The troll farm also attempted to push a general interest meme page dubbed Memopolis that targeted fans of Reddit, Buzzfeed, 9gag, CollegeHumor and “NBA memes.” The page pointed to posts on Dudeers.com, a site with previously unreported ties to the troll farm that went inactive in 2017.

The troll farm even attempted to expand its foray into American pop culture debates onto the streets of Manhattan.

Another ad targeting African-Americans on Instagram leveraged news reports of an anti-Beyoncé rally — a viral stunt that wound up being attended by just two people — to push a pro-Beyoncé rally at the same location on Park Avenue in New York.

“Stop the white privilege by participating in a PRO-Beyoncé Rally!” the post reads. “Support Queen B!”

Who is Viktor Vekselberg, the Russian oligarch linked to Trump lawyer Michael Cohen? 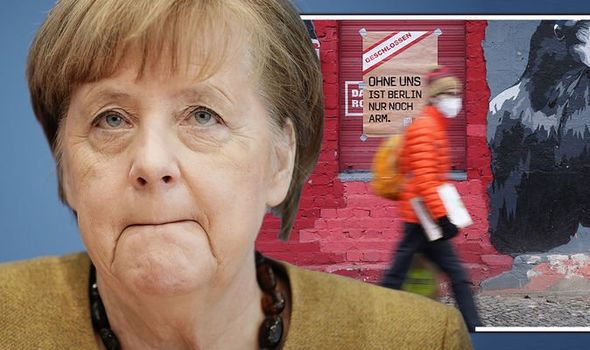 ANGELA MERKEL continues to face huge economic challenges as Germany will fail to stick to its strict debt limits for years, the Chancellor has been warned.

WASHINGTON — After Sen. Rob Portman’s, R-Ohio, announcement Monday that he won’t seek re-election, the 2022 Senate map is coming into focus — even with more than 600 days until Election Day.

Republicans will be defending 20 Senate seats, including the open ones in North Carolina (Richard Burr’s), Pennsylvania (Pat Toomey’s) and now Ohio (Portman’s).

The GOP also will have to defend Sen. Marco Rubio’s seat in Florida and Sen. Ron Johnson’s seat in Wisconsin.

Democrats, meanwhile, will be defending 14 seats, with the top GOP targets being those held by Arizona’s Mark Kelly and Georgia’s Raphael Warnock (both men will be running for full six-year terms in 2022), as well as Sen. Maggie Hassan’s in New Hampshire and Catherine Cortez Masto’s in Nevada.

Bottom line: With a 50-50 tie in the Senate, this is a map where Democrats definitely need to have success if they want to keep their majority.

In particular, the Pennsylvania and Wisconsin seats are ones that Dems should have won in 2016.

Then again, midterm cycles are usually rough for the party controlling the White House.

Here’s something else to consider for those open GOP-held Senate seats in North Carolina, Ohio and Pennsylvania: The Republican state parties have become as Trump-y — or even more so — than Donald Trump himself.

Also over the weekend, a Hawaii GOP official resigned after using the party’s Twitter account to support QAnon conspiracy theorists.

And in Texas, the state GOP once again used the Q-linked phrase “We Are The Storm,” though the party denies it’s associated with QAnon.

As the Republican Party tries to figure out a future after Trump, its state parties sure look more like him than not.

25,371,729: The number of confirmed cases of coronavirus in the United States, per the most recent data from NBC News and health officials. (That’s 134,914 more than Monday morning.)

109,936: That’s the number of people currently hospitalized from Covid-19 in the United States.

296.8 million: The number of coronavirus tests that have been administered in the United States so far, according to researchers at The COVID Tracking Project.

At least 19.3 million: The number of Americans who have received one or both vaccine shots so far.

1: The number of candidates that former President Donald Trump has endorsed since he left office — Sarah Huckabee Sanders, his former press secretary who is running for governor in Arkansas.

Carter built houses for the poor. W took up painting and has raised money for wounded vets. He, Obama and Clinton all wrote memoirs.

What Biden means by “unity”

President Biden clarified on Monday what he means when he calls for unity — which was a strong theme of his entire campaign and inaugural address.

“Unity requires you to eliminate the vitriol, make anything that you disagree with about the other person’s personality or their lack of integrity, or they’re not decent legislators and the like. So, we have to get rid of that,” Biden said.

But the president made clear that “unity” can’t get in the way of legislation — wink, wink, his Covid-19 recovery package.

“If you pass a piece of legislation that breaks down on party lines, but it gets passed, it doesn’t mean there wasn’t unity. It just means it wasn’t bipartisan. I would prefer these things to be bipartisan, because I’m trying to generate some consensus and take sort of the — how can I say it — the vitriol out of all of this.”

One vote that was bipartisan on Monday was Janet Yellen’s confirmation to serve as the first woman to head the Treasury Department. She won confirmation by an 84-15 vote.

President Biden upped his vaccine goal saying the country can administer 1.5 million shots a day in the coming weeks.

China says it will conduct military exercises in the disputed waters of the South China Sea this week.

The Biden administration suspended some of the terrorism sanctions placed on Yemen’s Houthi rebels.

President Biden will move forward with plan to place Harriet Tubman on the $20 bill.

While there’s no specific research on how well masks work against Covid variants, it may make sense to wear two masks. 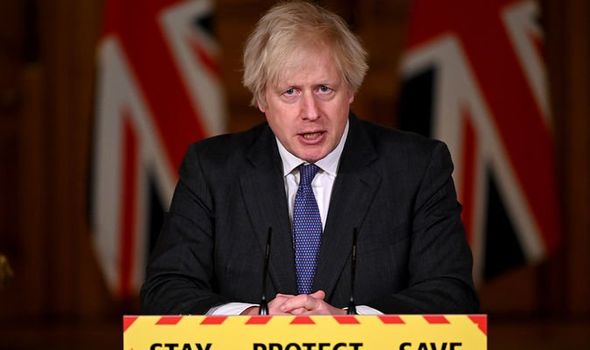 ‘Co-operation?!’ Patel hits out at SNP's cheap jibe as she speaks on new border rules

covid variants are a risk