It’s not clear whether Sthtayner used any of the loans — $6 million of which have come directly from Cohen since 2014 — to finance his grow operation.

Earlier this month, FBI agents searched Cohen’s hotel, office and home seeking banking records, as well as records related to his dealings in the taxi industry, people familiar with the probe told the AP, speaking on condition of anonymity because they were not authorized to discuss the ongoing investigation.

Public records show the Ukraine-born Shtayner, 63, his wife and companies they control have used their properties in Chicago and Sunny Isles, Florida, as collateral for the loans from Cohen and his father-in-law, Fima Shusterman.

Neither Cohen nor his attorney responded to phone messages or an email seeking comment about the loans.

Trump says Michael Cohen won’t flip. Those close to him aren’t so sure.

An attorney representing Shtayner in his Nevada marijuana ventures told the AP his client had no comment.

Reached on his cellphone, Shusterman declined to discuss his loans or Shtayner.

News of Shtayner’s ties to the medical marijuana industry comes as the Trump administration finds itself somewhat split on marijuana policy.

Trump recently indicated he will support a law protecting states that already have legalized the drug — a position counter to that of Attorney General Jeff Sessions, who stridently opposes any such effort and in January lifted restrictions that had kept federal prosecutors from pursuing cases against those complying with state marijuana laws.

Marijuana use is fully legal in Nevada, seven other states and Washington, D.C., and 38 states allow medicinal or other limited uses.

It was not clear why Shtayner has decided to move out of taxis and into the grow business. But the rapid rise of ride-hailing apps such as Uber and Lyft has disrupted the taxi industry, and Shtayner is among a handful of prominent taxi owners who face lawsuits from creditors who once lent liberally to medallion owners.

The value of medallions — the physical plates affixed to cabs that owners are required to display — have dropped precipitously in recent years from highs of over $1 million apiece in New York just a few years ago to nearly half those amounts today.

The subsequent drop has left many taxi medallion owners overleveraged.

One former Cohen business partner, who managed Cohen’s taxis for years, is accused in a lawsuit by creditors of hiding his assets in financial disclosures to his bank — including a luxury apartment in a Trump skyscraper.

Another former cab manager of Cohen’s has declared bankruptcy and is facing criminal charges from state prosecutors in New York, who accuse him of pocketing nearly $5 million in taxes.

The business relationship among Cohen, Shusterman and Shtayner stretches back years. Property records in New York show that Shtayner and Shusterman were among the investors in an upper Manhattan taxi garage and auto repair shop in the 1990s. 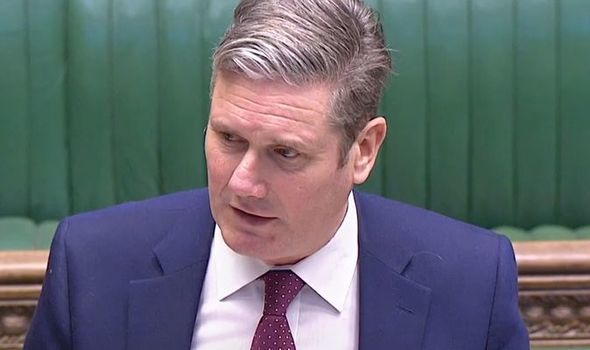 LABOUR leader Sir Keir Starmer is in coronavirus self-isolation for a third time after coming into close contact with someone who tested positive.

President Joe Biden will sign an executive order Monday aimed at promoting the “Buy American” agenda he campaigned on last year, which seeks to bolster U.S. manufacturing through the federal procurement process.

The executive order directs agencies to strengthen requirements about purchasing products and services from U.S. workers and businesses, cuts some red tape and creates a position in the Office of Management and Budget responsible for enforcing the directive, an administration official told reporters on a conference call Sunday.

The order will also reiterate the Biden administration’s support for the Jones Act, which limits foreign maritime shipping between U.S. ports to U.S.-made or -owned vessels.

During the campaign, Biden proposed a Buy American plan calling for a $400 billion, four-year increase in government purchasing of U.S.-made products and services. Former President Donald Trump made a similar push, but the Biden administration official said the new effort is a “clear directive” with a “clear direction.”

“It’s based on his view that we are making things in America and all of America is core to our economic strategy,” the official said, adding that the order is part of a broader effort to “strengthen supply chains” and “modernize international trade rules.”

Biden has already signed a number of executive actions through his early days as president, including measures to address the Covid-19 pandemic, rejoin the Paris climate accord and eliminate Trump’s travel restrictions mostly targeting a handful of Middle Eastern countries. 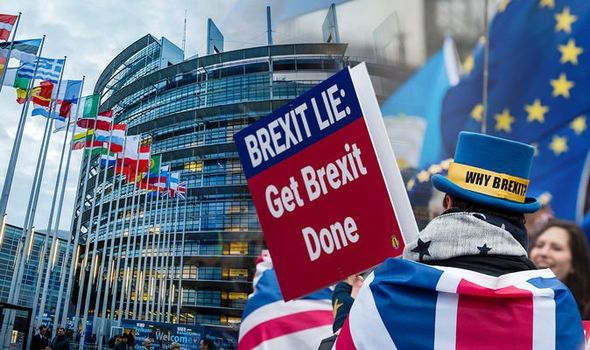 EU CHIEFS have drawn up plans to target Rejoiners in Britain with special outreach campaigns, Express.co.uk can reveal.