President Trump announced late last year that the U.S. will formally recognize Jerusalem as the capital of Israel – and it looks like the new U.S. embassy will be ready ahead of schedule.

The U.S. embassy in Jerusalem will open in May in order to coincide with the 70th anniversary of Israel declaring its independence, the Trump administration said on Feb. 23.

The Trump administration’s decision to recognize Jerusalem as the capital was heralded by many pro-Israel activists but decried by Palestinians and America’s Arab allies.

Read on to find out why the decision is so contentious — and why it wasn’t accomplished before.

The international community – and until 2017, the U.S. – largely does not recognize Jerusalem as the capital of Israel as it is claimed by both Palestinians and Israelis. Like other countries, the U.S. kept its embassy in Tel Aviv, approximately an hour away.

The U.S. moving its embassy would cause “significant harm to the U.S. credibility as a mediator” for peace talks between Israelis and Palestinians, said Dylan Williams, vice president of government affairs for J Street, a left-leaning pro-Israel advocacy organization.

Williams added that the move could “undermine confidence” from Palestinians and Arab countries that the U.S. would remain an impartial negotiator in efforts to create peace in the Middle East.

“It shouldn’t be moved prior to agreement by the parties to the conflict as part of a comprehensive agreement ending their conflict,” Williams, J Street’s chief lobbyist, told Fox News.

Williams added that such a move could also turn deadly.

“Even seemingly minor changes of Jerusalem’s status quo — either in fact or in law — have historically had the impact of sparking violence,” Williams said.

Millions of evangelical eyes were on Trump, waiting to see if he would keep his campaign promise to move the embassy, longtime Pastor John Hagee told Fox News ahead of the president’s official announcement.

“I can assure you that 60 million evangelicals are watching this promise closely because if President Trump moves the embassy into Jerusalem, he will historically step into immortality,” Hagee said. “He will be remembered for thousands of years for his act of courage to treat Israel like we already treat other nations.”

“If he does not, he will be remembered as just another president who made a promise he failed to keep which would generate massive disappointment in that strong evangelical base that went to vote for him against Hillary Clinton,” he added.

“Trump will be remembered for thousands of years for his act of courage to treat Israel like we already treat other nations.”

Hagee is the founder and senior pastor of Cornerstone Church, a megachurch in San Antonio, Texas. He founded the nonprofit Christians United for Israel in 2006, as well.

A March 2016 Gallup poll found that the majority of Americans didn’t express an opinion when asked if the U.S. embassy should move from Tel Aviv to Jerusalem. But of those who did have an opinion, Americans were split with 24 percent supporting a move and 20 percent disagreeing with relocation.

Trump isn’t the only president to declare his intentions to move the U.S. embassy; both former Presidents Bill Clinton and George W. Bush also pledged to move the embassy — only to abandon the idea once in the White House.

Congress approved in 1995 the funding and relocation of the embassy to Jerusalem by 1999. But the law included a stipulation, allowing for presidents to sign continuous waivers to stall the relocation. Every president since has used the waiver in an effort to avoid conflict with the peace negotiations. 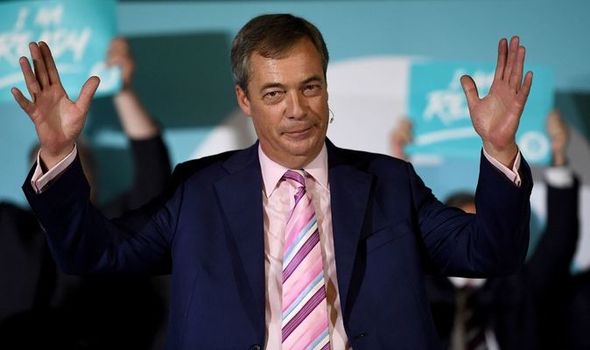 NIGEL FARAGE has decided to quit politics for good, after nearly 30 years in the spotlight.

The committees did not immediately respond to NBC News’ request for comment. Politico was first to report the news.

Since Trump left office, the committees have repeatedly referenced him in emails asking for donations, hoping to use the president’s popularity among some segments of the party to bolster their war chest as they work to win back control of the House and Senate in 2022.

Trump, however, has been reluctant to offer his support to the party establishment after he lost the presidency and was then impeached for a second time. Ten House Republicans voted with Democrats to impeach Trump, and seven Senate Republicans voted to convict him for allegedly inciting the deadly mob that attacked the Capitol on Jan. 6 intent on disrupting the electoral vote count formalizing Joe Biden’s election win before a joint session of Congress. While that is by far the most bipartisan support for conviction in impeachment history, the final vote was 57 to 43, 10 short of the 67 votes needed to secure a conviction.

After visiting with Trump at his Mar-a-Lago resort in January, House Minority Leader Kevin McCarthy, R-Calif., told reporters that Trump had not committed to staying out of Republican House primaries.

At the Conservative Political Action Conference last weekend in Florida, Trump listed off the names of congressional Republicans who voted to impeach or convict him and said, “get rid of them all.”

He also told attendees “there’s only one way to contribute to our efforts” to elect Trump Republicans: donating to his PAC, or via his website. 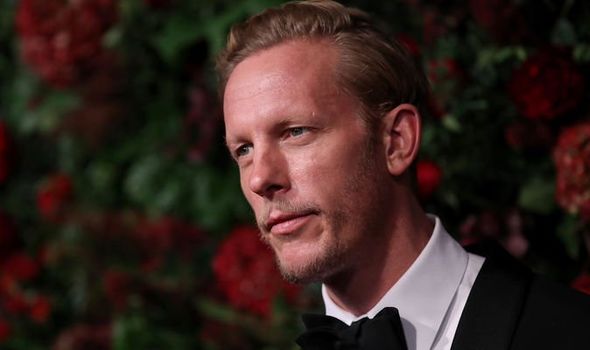 THE actor Laurence Fox has announced that he will run for London Mayor in a bid to stop Sadiq Khan from tearing down the capital’s heritage and end lockdown early.