During his lifetime, Graham preached in person to more than 210 million people in more than 185 countries in territories across the world. But he was also known for the counsel his gave to decades of presidents.

In 1983, former President Ronald Reagan awarded Graham the Presidential Medal of Freedom — America’s highest civilian honor. Additionally, the Billy Graham Museum and Library in Charlotte was dedicated to him in 2007. 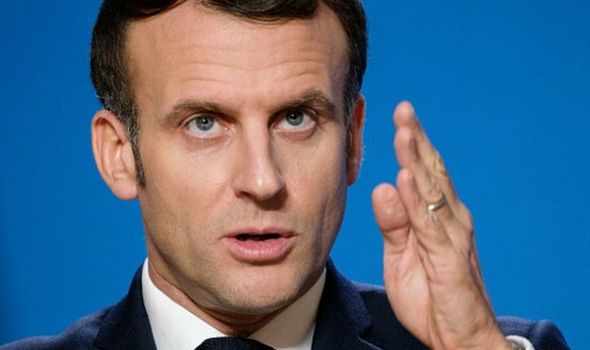 Recovery efforts still continue weeks after a winter storm plunged the Southern states into below-zero temperatures and buried them in inches of ice. Jackson, Mississippi, still doesn’t have running water. Texans have wiped out their savings to pay skyrocketing utility bills. In Dallas, the mayor said the full death toll from the storm may never be known.

Low-income communities and communities of color have historically been hit hardest by natural disasters. But climate and energy justice advocates argue that it’s not just after storms when the communities suffer. The energy system — from rate design that determines utility costs to polluted air in certain ZIP codes — has been designed in a way that harms the communities disproportionately every day.

“These are choices. There’s nothing inevitable about how you set things up,” said Shalanda Baker, the deputy director of energy justice at the U.S. Energy Department.

To examine the country’s energy system and its intersection with equity is why Baker was appointed.

The Energy Department has never before had a director focused on energy justice, but the Biden administration has made commitments to enhance work on climate change, racial inequity and the Covid-19 pandemic. Baker’s work sits at the crossroads of all three issues.

When he signed executive orders to tackle climate change in January, Biden said, “Environmental justice will be at the center of all we do addressing the disproportionate health and environmental and economic impacts on communities of color — so-called fence-line communities.”

Others who work in the energy justice field, like Subin DeVar, who co-founded the Initiative for Energy Justice with Baker in 2016, said Baker’s role at the Energy Department “connected all of the dots.”

“The pandemic, I think, magnified for a lot of people the intersection of health and pollution,” DeVar said. “The last 30 years, the concept of environmental justice was definitely a substantial field of study, but the ordinary American probably hadn’t heard about the concept of environmental justice. They probably weren’t aware of the fact that you could link someone’s ZIP code and race to certain health factors.”

Texas’ energy crisis during the pandemic is just one example. When the state’s power grid failed, leaving millions of people without electricity in freezing temperatures, low-income communities and communities of color were affected disproportionately.

Some people were able to use heat from their cars and trucks as temperatures plunged, but that meant spending money on gas. Pipes burst in several homes, leading to flooding, which also requires money for necessary, often costly repairs. On top of that, Black communities are 75 percent more likely to be in fence-line communities, which can include oil refineries. In the cold temperatures, the refineries have shut down — and in the process, they release even more pollutants in the air.

While all of those issues were the result of the snowstorm, experts like Baker said the existing infrastructure works against those communities daily.

For example, the American Council for an Energy-Efficient Economy reported in a 2016 study that some low-income households spend up to 20 percent of their household incomes on their utility bills. For high-income households, the number is as low as 2 percent.

The wide gap in income spent on energy means steps like installing solar panels — which helps save even more on energy costs — are accessible only to those who have the financial resources in the first place.

It’s a cycle of inequity. So when disaster hits, Baker sees an opportunity not just to fix things as they are, but also to rebuild with the goal of combating inequity at the forefront, she said.

“We’re in a fork in the road. We can choose to harden the existing centralized infrastructure or we take the other path, which is to think about things like microgrids, things like innovating, to make communities more resilient,” Baker said.

The silver lining is that with the rise in climate emergencies the country has experienced, there has been a far greater sense of urgency to act and innovate in constructing energy solutions — on a local level and now a federal level, too.

“I think in the next three years or so, at least in this administration, we’re going to see the rapid deployment of new technology and clean technology … a lot of testing out of the fastest ways to do this. And I’m hoping, if I have anything to say about it, the most just way to do this,” she said.

The new role at the Energy Department is Baker’s first government job.

Before she even worked in the field of energy justice, Baker was an officer in the Air Force — in 2001, she was honorably discharged under the defunct “don’t ask, don’t tell” policy, which barred lesbian, gay and bisexual service members from serving openly — before she became a project finance lawyer and worked on bankruptcy issues in Japan. Eventually, she landed in Oaxaca, Mexico, where she had her “lightning bolt” moment working with indigenous communities that were fighting developments of large-scale wind farms.

“I realized, oh, my gosh, if we’re relying on the same logics and approaches and stakeholders in our clean energy transition as we relied on in our fossil fuel transition, we’re really going to replicate inequality that is existing in our system, and so that sort of started me down the rabbit hole,” she said.

She went on to become a professor at the University of Hawaii, where she co-founded the Initiative on Energy Justice. This year, she published a book, “Revolutionary Power,” about changing the energy system to benefit underserved communities. (She also played in the women’s Rugby World Cup.)

“I’m a sort of a unicorn,” Baker said, “I think we need people in the administration who can talk to so many different stakeholders and wear a lot of different hats to be able to execute on this agenda.”

But in all the hats she has worn in her career, Baker said, it took her years before she realized she had a personal connection with the structural racism, specifically anti-Black racism, within the energy system.

After Hurricane Harvey, which ravaged eastern Texas along the Gulf of Mexico in 2017, Baker was watching a Facebook Live video from Port Arthur, Texas. A young man was begging for help, saying the water was up to his knees.

Port Arthur, which Baker describes as “the epicenter of the country’s fossil fuel system,” is where her father’s family is from. The man in the video was her brother.

“That was the moment when I decided that I would write a little bit about Port Arthur,” Baker said.

The population of Port Arthur, part of the “Golden Triangle” — “golden” because of all the gas flares from the oil refineries — is predominantly Black. The cancer mortality rate is about 40 percent higher compared to the rest of Texas, and the childhood asthma rate is twice as high as the national average, according to a 2017 report from the nonprofit Environmental Integrity Project.

In examining her father’s side of the family, Baker also began to examine her own upbringing in Austin with her mother, who raised her as a single parent. Baker recalls some nights when she would have to boil water on the stove to use it as bathwater because her mother couldn’t afford to pay the utility bills.

“I really started to reckon with my positionality as a Black woman who grew up in a single-parent-run household whose family suffers from all the legacies of structural racism that we see around the country,” she said. “It’s a part of who I am, and it’s something that I feel proud of, that I came through that, as well.”

Baker has carried her personal story into her work ever since.

“I know exactly why I’m here.” 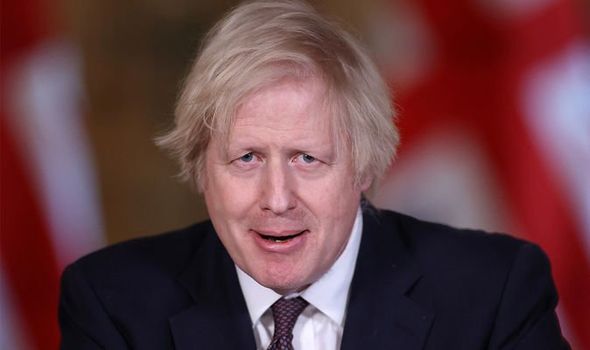 BORIS JOHNSON said he is “optimistic” his critics will be “pleasantly surprised” by the success of Brexit once early issues are resolved.

Why a U.S.-EU dispute is likely to go from bad to worse

Biden wants Yemen war to end, but may have worsened it, analyst says