In the wake of the mass shooting at a Florida high school earlier this month, President Trump is seemingly open to strengthening federal background checks.

“While discussions are ongoing and revisions are being considered, the president is supportive of efforts to improve the federal background check system,” White House Press Secretary Sarah Sanders said Sunday, adding that the president has spoken to Senate Majority Whip John Cornyn about a bill to “improve federal compliance with criminal background check legislation.”

Here’s a look at how the federal background check works, and what activists and experts have to say about it.

What happens when you want to purchase a gun?

In order to purchase a gun from a federal firearms licensed dealer (FFL), a consumer must provide identification and pass a federal background check using the Bureau of Alcohol, Tobacco, Firearms and Explosives’ 4473 form.

The first page of the document requires basic information, including the buyer’s full name, address, sex, birthday and ethnicity. A Social Security number is encouraged, but not required.

The form also asks the buyer about criminal background, immigration status and mental health — information that could result in a consumer being denied. Those questions include:

Lying on the federal form is a felony, punishable by up to 10 years in prison and a $250,000 fine, an ATF spokesperson confirmed to Fox News. That penalty is also listed at the top of the form.

Once the form is completed, the dealer will submit it to the National Instant Criminal Background Check System (NICS) online or by phone. Then, almost immediately, the licensed seller will know how to continue with the sale:

Even before a 4473 form is filled out, Robbie Wheaton, vice president of the Wheaton Arms Inc. gun shop in Piedmont, S.C., said he takes note of the customer. If a customer seems to be intoxicated or “shady” – talking, for instance, about a cheating spouse – dealers don’t have to sell that person a gun.

“A shop has a final right to say ‘no’ based on a person’s behavior whether they will sell a firearm to them or not.”

“As a federal firearms licensee, we have the right to be able to refuse the transfer of firearms to someone,” Wheaton told Fox News. “A shop has a final right to say ‘no’ based on a person’s behavior whether they will sell a firearm to them or not.”

Smith praised the background check system, as it can flag other discrepancies for sellers, such as an age issue.

South Carolina law, for example, prohibits anyone under the age of 18 from purchasing a long gun (such as an AR-15) and anyone under 21 from buying a pistol, handgun or other firearm, he said. The background check can prevent sellers, particularly at hectic gun shows, from accidentally selling a firearm to someone who isn’t of age, Smith said.

Why do I have to complete the background check?

Thanks to the Brady Handgun Violence Prevention Act, the FBI created the NICS in 1998. The system is supposed to instantaneously let a firearms dealer know whether a buyer is legally allowed to purchase the gun.

According to the FBI, more than 230 million checks have been made by cashiers prior to a purchase and more than 1.3 million denials have been issued since the system was put in place.

Is this process the same in every state?

In South Carolina, for example, consumers who already have a concealed weapons permit do not need to go through a background check in order to purchase a firearm in the state, multiple dealers in the Palmetto State told Fox News.

Also, state laws may be superseded by federal law. The 4473 form asks consumers about marijuana use. Those who use the drug, in states where recreational or medicinal use is legal, will be denied a firearm, Wheaton said.

In Hawaii, after the first legal medicinal marijuana dispensary opened in the state in 2017, local law enforcement agencies asked users who are also gun owners to turn in their firearms within 30 days, the Honolulu Star-Advertiser reported.

Is this system strong enough?

It depends on who you ask.

Jonas Oransky, the deputy legal director of Everytown for Gun Safety, a nonprofit that advocates for stronger gun control, praised the background check system but said it has “significant gaps.”

Specifically, Oransky’s organization points to a “private sale loophole.” Federal law requires licensed dealers to complete background checks, but people can also purchase guns from a private seller – such as a friend or through online classifieds websites like ArmsList.com. (ArmsList.com prompts users to “accept” a terms of use document, which acknowledges the website doesn’t certify or investigate transactions and instructs users not to use the site for “illegal purposes.”)

“It doesn’t matter necessarily if people are selling at scale,” Oransky told Fox News. “It’s not that all sellers are dangerous or devious, but buyers who know that they can skip the background check can look for an unlicensed seller.”

Wheaton, who has been in the firearms business full time since 2007, said he and other licensed sellers try to persuade customers to transfer guns through a licensed dealer so a background check can be conducted.

Oransky also pointed to the so-called “Charleston loophole,” which allows dealers to sell guns to a customer before a background check is completed – when NICS marks a document “delayed” but does not approve or deny it within three business days. He said a disproportionate number of buyers who obtain a gun before a background check is completed are domestic abusers, citing complex records and restraining orders that investigators need additional time to read through or discuss with the appropriate local law enforcement agency.

“The FBI should have the time they need to complete a background check. It’s more important than expediting sales to people who shouldn’t have a gun,” he said.

On the other hand, Second Amendment advocates argue that the background check system already does too much.

“Our rights are listed in the Bill of Rights for a reason,” he continued. “People’s rights are being infringed upon and it’s resulting – in some cases – in death and in other cases extreme inconvenience in being able to purchase firearms.”

Pratt also said the background check system doesn’t do its job, as several of the more recent mass shooters in the U.S., including the suspect in the fatal shooting of 17 people in Parkland, Fla., were able to pass background checks.

New York Gov. Andrew Cuomo on Saturday called for an independent review of allegations by a former aide that he sexually harassed her on the job. He denied the accusations, and said all of his staff would cooperate with the review, to be conducted by a retired federal judge that his office chose.

The aide, Charlotte Bennett, is the second to come forward since December to make such allegations. The New York Times reported her allegations Saturday, writing that Bennett, 25, said he made overtures about having a sexual relationship with her.

The Times reported that Bennett — a former executive assistant and health policy adviser in the Cuomo administration — said Cuomo asked her about her sex life and whether she had slept with older men.

Cuomo, 63, issued a statement Saturday evening in which he denied treating her that way.

“When she came to me and opened up about being a sexual assault survivor and how it shaped her and her ongoing efforts to create an organization that empowered her voice to help other survivors, I tried to be supportive and helpful,” he said.

He added, “Ms. Bennett’s initial impression was right: I was trying to be a mentor to her. I never made advances toward Ms. Bennett nor did I ever intend to act in any way that was inappropriate.”

Cuomo called for “a full and thorough outside review.”

“This situation cannot and should not be resolved in the press,” he said.

Beth Garvey, special counsel and senior advisor to Cuomo, said in the same statement that former federal Judge Barbara Jones would lead an independent review, and that all the governor’s staffers have been ordered to cooperate.

Calls for such an investigation grew louder in Albany among Cuomo’s fellow Democrats.

Garvey said Bennett, who left the office in November, had requested a job transfer and did not mention the allegations during an exit interview.

Bennett suggested to the Times that she was transferred days after she disclosed the alleged harassment to Cuomo’s chief of staff, Jill DesRosiers.

Bennett and DesRosiers did not immediately respond to requests for comment Saturday.

Bennett’s allegations follow those of Lindsey Boylan, a deputy secretary for economic development and special adviser to the governor from 2015 to 2018, who tweeted in December that Cuomo “sexually harassed me for years.”

Cuomo spokesperson Caitlin Girouard said in a statement to NBC New York at the time, “There is simply no truth to these claims.”

'Give it a rest!' Brexit-hater Femi blasted for calling plan to help fishermen 'pathetic' 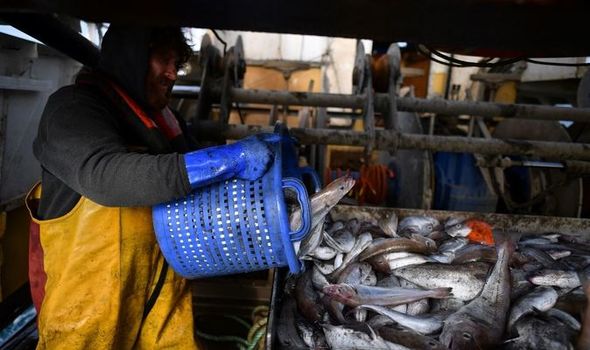 BREXIT-HATER Femi Oluwole has come under vicious attack from Brexiteers after describing a plan to help UK fishermen thrive as “pathetic”. 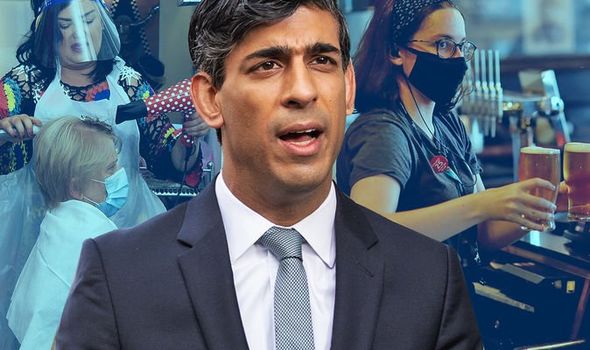 CHANCELLOR Rishi Sunak has promised there is “light at the end of the tunnel” as he prepared to unveil a £5 billion fund to keep Britain’s pubs, restaurants and shops afloat. The cash will help businesses worst hit by Covid, including hairdressers and high street stores, bounce back from the devastating impact of the pandemic.

COVID-19: Single-dose Johnson & Johnson coronavirus vaccine cleared in the US | US News

'Give it a rest!' Brexit-hater Femi blasted for calling plan to help fishermen 'pathetic'

U.S. to provide more detail on actions against Saudi Arabia

Spain: Violence returns to streets of Barcelona and Catalonia after arrest of rapper | World News