THERESA May’s aides were tonight forced to deny claims that Britain will be locked into EU rules indefinitely after a Government document failed to specify the date for a full break with Brussels.

Trump on preventing mass shootings: ‘we’re going to get it done’

Manchin says he still supports filibuster, but may back more party-line votes on key bills

WASHINGTON — Sen. Joe Manchin, D-W.Va., a crucial swing-vote in the Senate Democrats’ slim majority, said Sunday that he won’t bend in his support for the filibuster, a Senate rule that forces most legislation to require bipartisan support to pass.

But he added that he would be open to Democrats passing more important legislation like voting reforms by a party-line vote — if senators are given ample space for bipartisan negotiation first.

“I’m not going to change my mind on the filibuster,” Manchin said in an interview with “Meet the Press.”

“It takes listening to the minority to make sure the majority is getting it right.”

The filibuster effectively sets the bar for most legislation at 60 votes in the Senate, which means that the Democrats currently need the support of 10 Republican senators to get many of their legislative items across the finish line.

Progressives have been pressuring Senate Democrats to abolish the filibuster, arguing that lowering that threshold is the only way to get President Joe Biden’s agenda enacted, but Manchin’s vote would be needed to get rid of the procedural rule.

There is another option, reconciliation, that allows the Senate to pass a limited number of budget-related bills each year with a simple majority.

It’s a process Senate Democrats used to pass their $1.9 trillion Covid relief bill with just 50 votes on Saturday, and one that Manchin said could be on the table again if bipartisan negotiations fail in the future.

“There’s no need for us to go to reconciliation until the other process has failed. That means the normal process of a committee, a hearing, amendments,” he said when asked about whether reconciliation could be used to pass voting reforms in the future.

House Democrats just passed a major ethics and voting reform bill last week but that legislation is unlikely to get much bipartisan support. There are strict rules as to what types of provisions can qualify to pass under reconciliation, so it’s unclear how much of that bill could survive the reconciliation process.

“I will change my mind if we need to go to a reconciliation” if “we have to get something done,” Manchin said, but only after “my Republican friends have the ability to have their say also.”

Manchin, one of the most moderate members of the Democrats’ thin majority in the Senate, has wielded significant power considering his party can’t afford a single defection when it tries to pass legislation or nominations by a party-line vote.

That power helped Manchin secure changes to the unemployment benefit provisions in the Covid relief bill, a demand that briefly delayed the final vote.

The bill includes the $1,400 stimulus checks sent directly to Americans who qualify, as well as other provisions like a a temporary expansion of the Child Tax Credit and an extension in additional unemployment, as well as aid for health care, state governments and vaccine distribution.

The House is expected to pass the legislation early this week, sending it to Biden for it to become law. 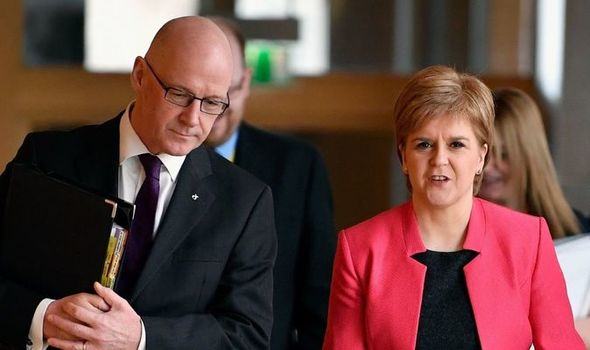 THE Scottish Conservatives are pushing ahead in a vote of no confidence in Scotland’s Deputy First Minister John Swinney over a botched SNP led Scottish Government investigation. 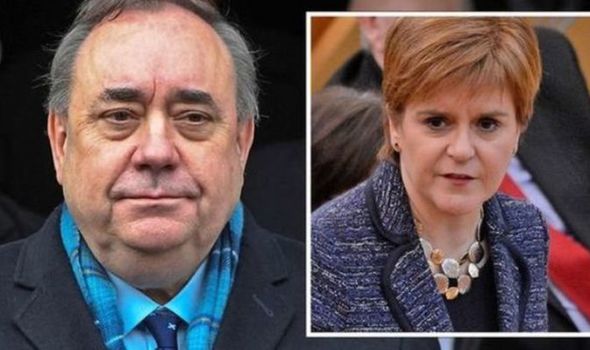 NICOLA Sturgeon should resign if she is found to have broken the Government’s Ministerial Code, almost two-thirds of Scots believe, a poll has revealed.

Manchin says he still supports filibuster, but may back more party-line votes on key bills

Nazanin Zaghari-Ratcliffe: Iran is most likely playing for time over Briton’s release – with £400m at stake | World News

Nazanin Zaghari-Ratcliffe: Briton’s Iran sentence due to end today – but no word yet if she’ll be free to come home | World News