Less than two years ago, he stood on a Philadelphia stage and heaped praise on his wife as the Democratic nominee for his old job. And he was a constant presence on the trail in a campaign that they, and nearly all journalists, thought would defeat Donald Trump.

As the 2018 midterms heat up, you might expect that a former president—one who left office with a high approval rating, despite the inconvenient fact of having been impeached—would be much in demand. But apparently, not so much.

That’s the thesis of a Politico piece on the party running away from Clinton:

“Democrats are looking to embrace the #MeToo moment and rally women to push back on President Donald Trump in the midterms—and they don’t want Bill Clinton anywhere near it.”

Clinton’s history—Monica Lewinsky, Paula Jones, Gennifer Flowers, Kathleen Willey, Juanita Broaddrick—looks far different to many Democrats in 2018 than it did in 1998, when the Senate acquitted him, or even 2016. His presence would detract from the Democrats’ ability to make the midterms about Donald Trump, Rob Porter and Roy Moore.

There’s another factor, I believe, not mentioned by Politico: Bill’s presence also reminds voters of Hillary. It’s not his fault that she ran a terrible campaign and lacked his ability to spin stories and connect with voters. But ever since he ran on a 2-for-1 deal back in 1992, allowed her to make policy as first lady and backed her two White House runs, they have been politically joined at the hip.

And most Democrats want to move on from the Hillary debacle.

The piece says of Bill that “an array of Democrats told Politico they’re keeping him on the bench. They don’t want to be seen anywhere near a man with a history of harassment allegations, as guilty as their party loyalty to him makes them feel about it …

“Privately, many Democratic politicians and strategists are harsher and firmer: Don’t come to their states, and don’t say anything about their campaigns. They are still worried about saying it out loud, but they don’t want him now, or maybe ever. They know Republicans would react by calling them — with good reason — hypocrites.”

This is hardly the first time the issue of Clinton’s womanizing has come up. Twenty years ago, Democrats feared that he would be an albatross in the midst of the Ken Starr investigation and impeachment drive; the Republicans lost five seats and Newt Gingrich resigned as speaker.

In 2000, Al Gore barely deployed Clinton as a surrogate as he tried to turn the page, and that may have cost him the presidency in the razor-thin recount election.

Trump didn’t let Clinton’s sexual misconduct fade into the history books. He alluded to it at times, and after the “Access Hollywood” tape, he brought some of Clinton’s accusers to the second debate. His surrogates weren’t shy about using Bill’s past to blunt Hillary’s attacks on Trump’s treatment of women.

But now it’s Clinton’s own party that apparently wants to turn the page. Kirsten Gillibrand, elected to the Senate with Clinton’s backing but eyeing the White House in 2020, recently said he should have resigned after the Monica Lewinsky affair. If most other Democrats follow suit, Clinton may have to spend more time with his family and his foundation.

Really Juncker? EU president denies he backs a United States of Europe plan despite THIS 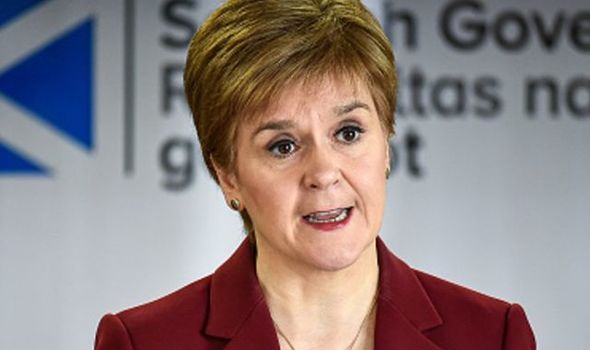 ANGELA MERKEL’s ally David McAllister said he feels Scotland is already a new independent member of the European Union, in a boost to Nicola Sturgeon’s quest to break away from the UK.

Vice President Kamala Harris addressed concerns that some Black Americans have had about Covid-19 vaccines, encouraging them to get the shot despite historical skepticism of the medical field.

“We must speak truth about the history of medical testing in this country,” Harris said in an interview with MSNBC’s Rev. Al Sharpton.

The U.S. has a long record of unethical medical experimentation on Black Americans, from non-consensual testing on slaves to forced sterilization during the early 20th century and the Tuskegee Syphilis Study. As NBC News has reported, experts have cautioned that this history, along with broader health care disparities in the modern era, has led to a distrust of the vaccine‘s safety.

Harris pointed to her own experience receiving the Covid vaccine to build trust in others.

“So, get your vaccination when it is your turn,” Harris said.

But the vaccines’ chaotic rollout, including supply shortages and disruptions with distribution due to winter storms, has created widespread accessibility issues.

The Biden administration recently purchased 200 million doses, and it doubled in distribution numbers last week, sending two million doses to 7,000 pharmacies across the country with its Federal Retail Pharmacy Program. The last five weeks have seen a nearly 70 percent increase in vaccine distribution.

“There have been many theories about populations that are experiencing vaccine hesitancy for legitimate reasons that are based on historical experience that we should never forget,” Harris said.

Harris’ interview with Sharpton airs in full on Saturday.

Randi Richardson is a news associate at NBC News. 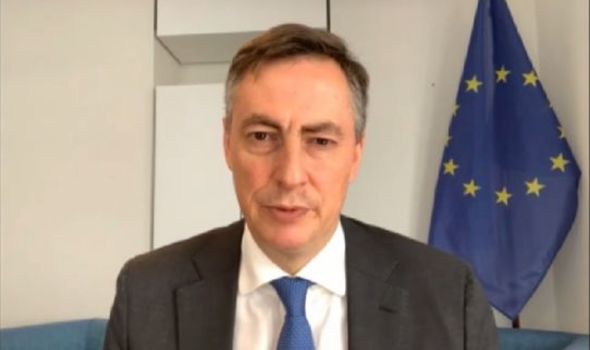